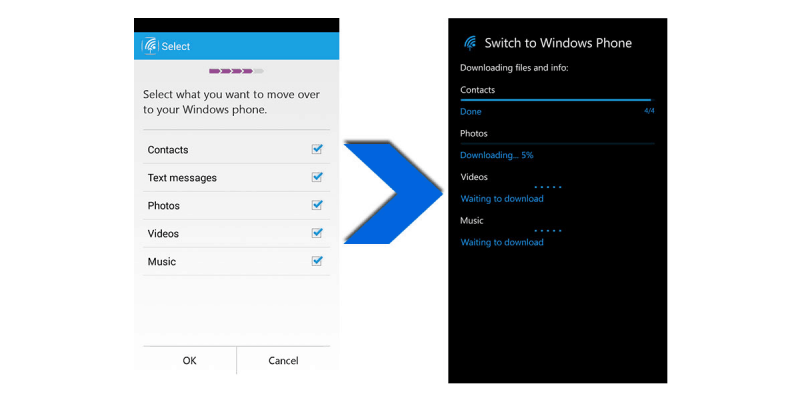 Although Windows 10 Mobile will launch sometime this fall, Microsoft seems confident at least some Android users will decide to make the switch. Chances are, not that many are doing it right now but it looks like Redmond likes to be prepared.

The company had just released two new apps called ‘Switch to Windows Phone’ – one for Android and one for WP. Actually, both apps existed before, but the new ones were built on top of them and Microsoft calls them ‘preview versions’.

To transfer your Android phone’s contents directly to a Windows Phone device, each will need to have the Switch to Windows Phone app installed. Users need to launch the Android app first and they are provided with two transfer options. WiFi – moves contacts, text messages, photos, videos and music to an already setup Windows Phone, and OneDrive – creates a backup of the phone contents stored in the cloud, which can be downloaded automatically when you setup your new Windows Phone.For the first option, you don’t need any kind of network connection, as the transfer is carried through virtual WiFi.

What remains to be seen if Windows 10 will get the success Microsoft hopes for, otherwise these apps will be almost useless.