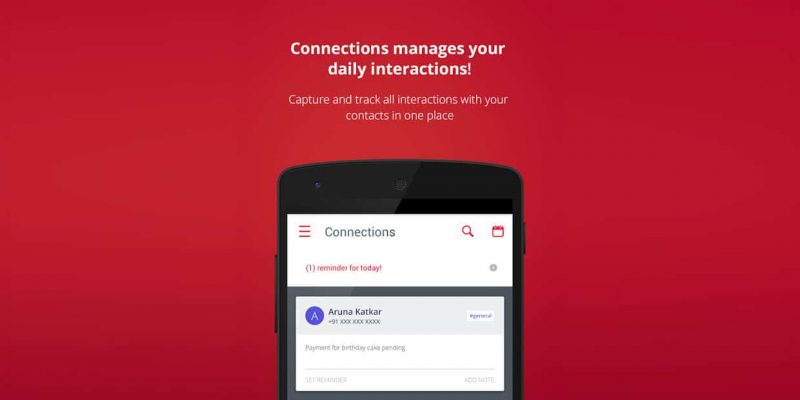 The Microsoft Garage team has been busy at work over the past few months, releasing interesting and sometimes unusual Android apps. The Connections app is one of them, and it went through a quiet launch before the last year ended.

Connections is a modern contacts manager with some amazing features that make it quite easy to handle even a massive list of contacts. The app lets you set reminders for specific contacts, so you won’t forget to call them or the topics/information you wanted to mention during the conversation.

Don’t miss: Mimicker Alarm Is Either Awesome, or You’re Smashing Your Phone in The Morning

Also, it lets you view the last note you added for someone before answering a phone call from them. Connections provides the ability to sort your contacts using tags as well as adding photos from your phone’s gallery as notes and reminders.

Since the contacts management app was officially launched only in India, it can be downloaded from the Play Store in just a few locations. However you should check if it’s available in your area by visiting the link below:

Alternatively, you can sideload the APK by downloading it from this link, but keep in mind you need to enable the ‘Unknown Sources’ option on your phone (under Settings -> ‘Security’ or ‘Lock Screen and Security’) in order to do that.

At first run, the app will take you on a short tour that presents its features. To make things simple, the “+” icon found in the bottom-right area of the main screen lets you add new contacts, reminders or notes. Assuming you never used the app before, the first step should be adding some contacts into it.

When you add a new contact in Connections, you can also assign it some tags from a built-in list, although you can always edit the tag list later. The main screen will become populated with cards for the contacts you’ve added in the app, and each item has shortcuts for adding notes and reminders. 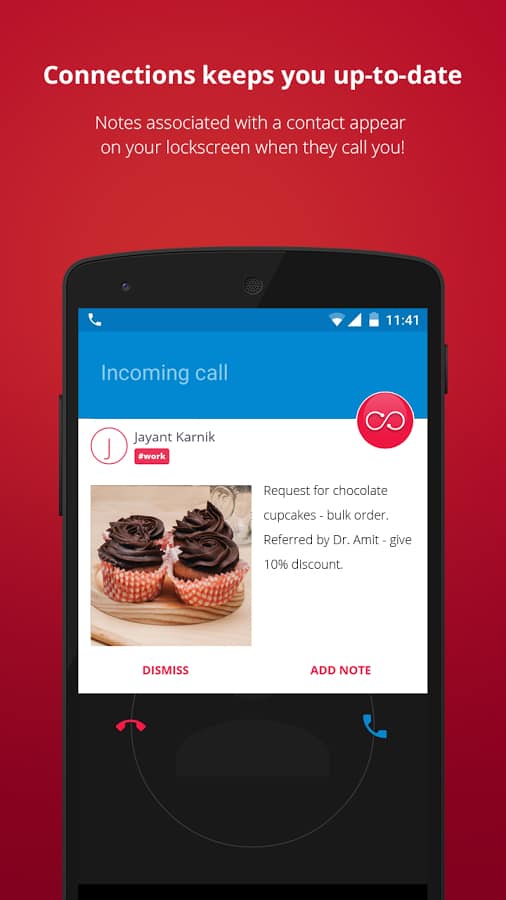 When someone that has a note attached in Connections calls you, a floating bubble will show up on the left side of the screen and you can simply tap to expand it and view the information. The best part is the note appears before you answer, so you don’t need to interrupt the call to see the note since you can do that before starting the conversation.

As you can see, Microsoft’s Connections app adds the productivity benefits of notes and reminders into contacts management, which can be especially useful to handle interactions with business partners and customers, but also friends and family since most of us are trying to juggle more stuff than we can handle almost every day. Give the app a try and then come back to let us know how you liked it!