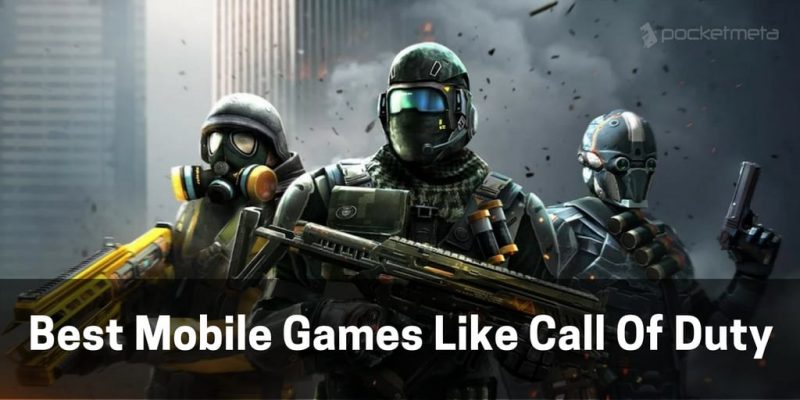 Playing a classic shooter from the desktop is certainly an immersive experience, but since these days it seems like everyone is on the go, more and more people are getting their daily dose of action on their smartphones and tablets. There’s no shortage of mobile games like Call Of Duty to choose from, and we’ll look at some of the most exciting titles today.

Our selection of mobile games like Call of Duty come with essential traits of the FPS genre, a wealth of content for both single and multiplayer modes, and plenty of weapons to choose from. Just keep in mind most of them have some pretty advanced graphics and you will need at least a mid-range device to enjoy the full experience they provide.

While all of these games are first person shooters, each comes with something new and you will surely have plenty of fun mowing down enemies while playing them. Check them out and let us know which one’s your favorite! 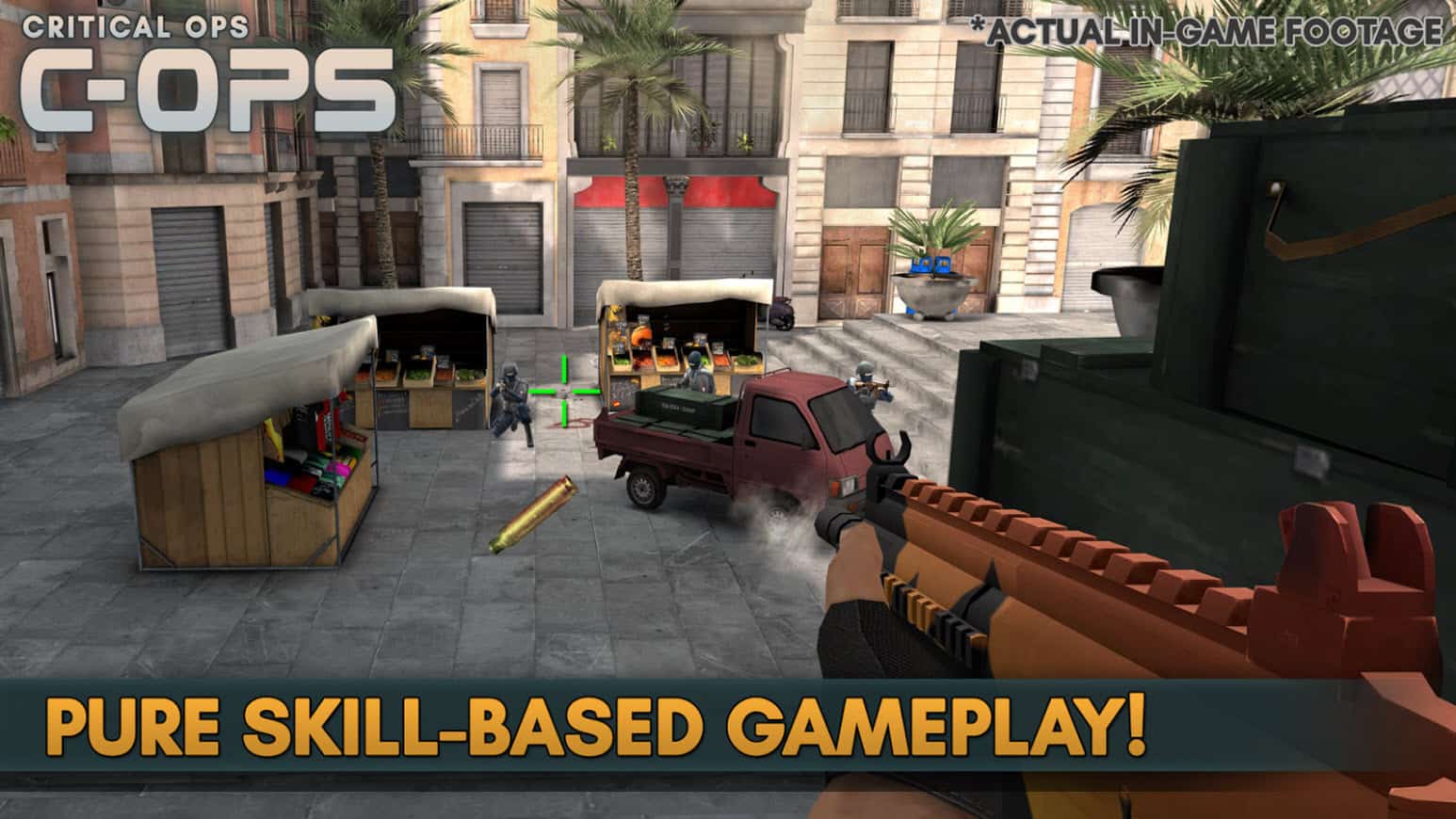 Critical Ops is an immersive FPS that heavily relies on skill. You can play as a terrorist or as a counter-terrorist, play matches with your friends and check your progress in the leaderboards. Interestingly, the game is in alpha but definitely worth playing right now, especially if you are looking for a title that’s not pay-to-win. 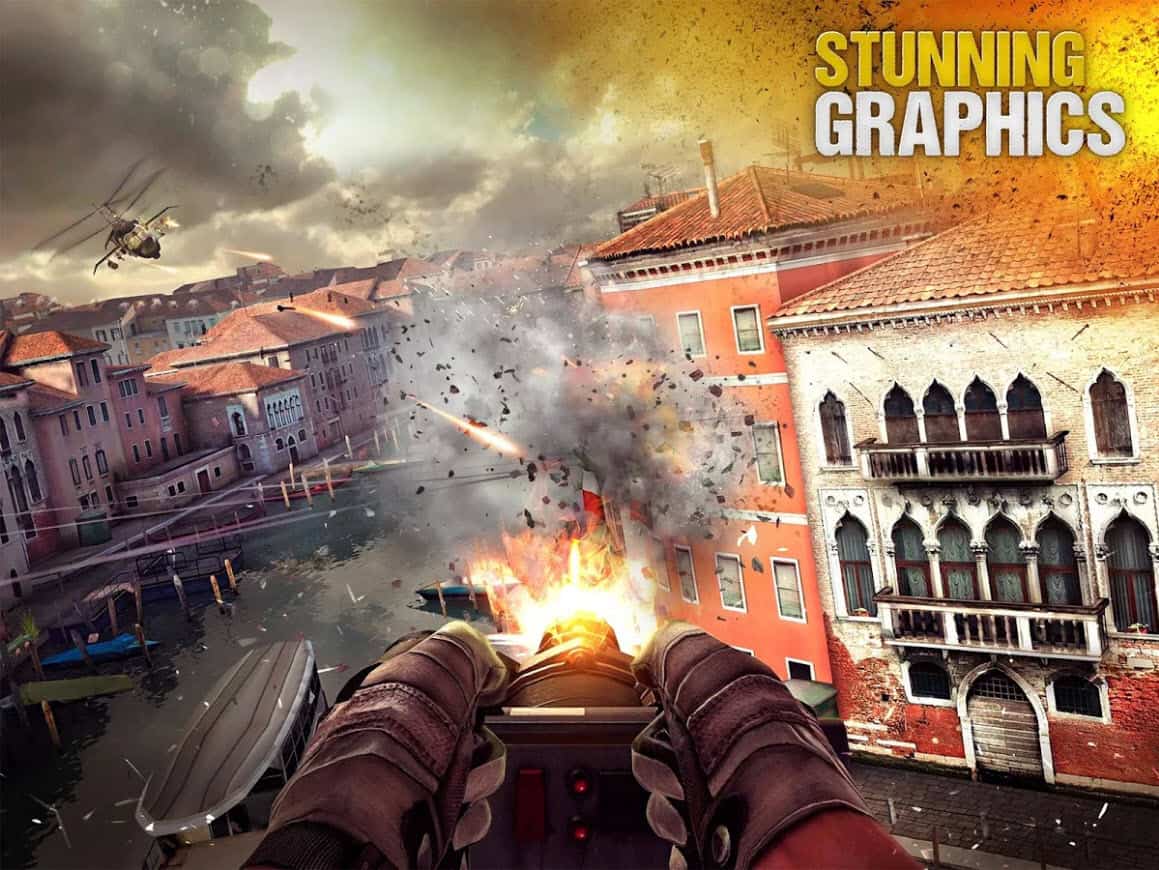 As you can see in its name this is the fifth Modern Combat game and if you’re a true FPS fan then you’ve at least heard of the series. The game lets you choose between seven customizable classes which can be leveled in both single player campaigns and multiplayer battles.

Modern Combat 5: Blackout lets you communicate with other players, in either team or global chat, plus it has individual and squad leaderboard. Gameloft has also ensured we won’t get bored of Modern Combat anytime soon, as they frequently organize limited-time events with motivating rewards. NOVA 3: Freedom Edition is a high-quality shooter with a hard to find trait: it’s 100% free, which is admirable. Whatever reason Gameloft had to quit those dreaded IAPs we can only be grateful.

The game’s story has a SCI-FI background as you will be facing aliens to save Earth from their domination. Besides campaign mode missions, you will also be able to enjoy 12-player online multiplayer with seven different game modes to choose from. 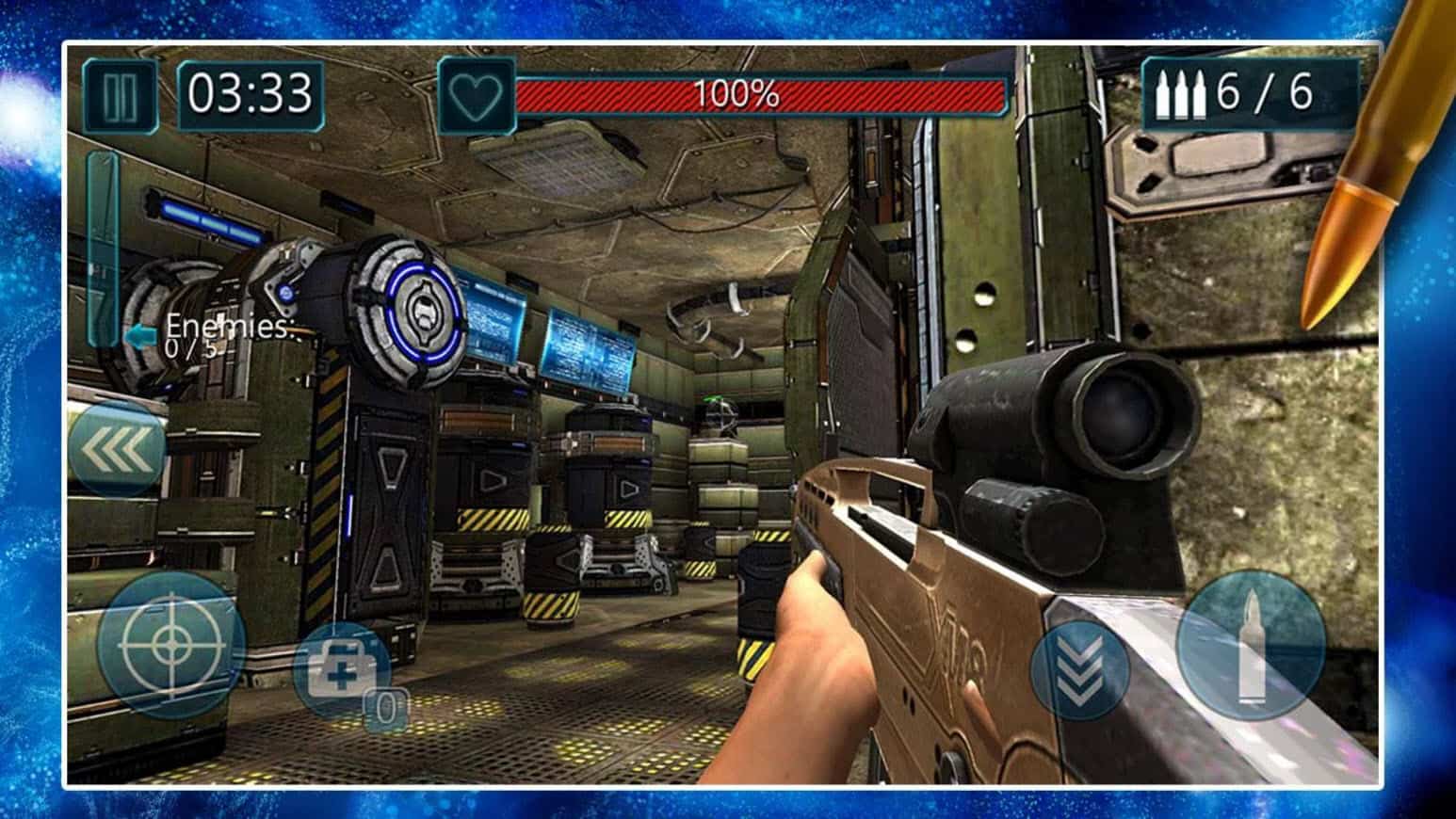 Battlefield fans can enjoy this first person shooter on their mobile devices, which offers sniper and rifle stages and over 60 combat scenarios. As expected, there’s a multiplayer mode, plus you can build your own base and defend it! 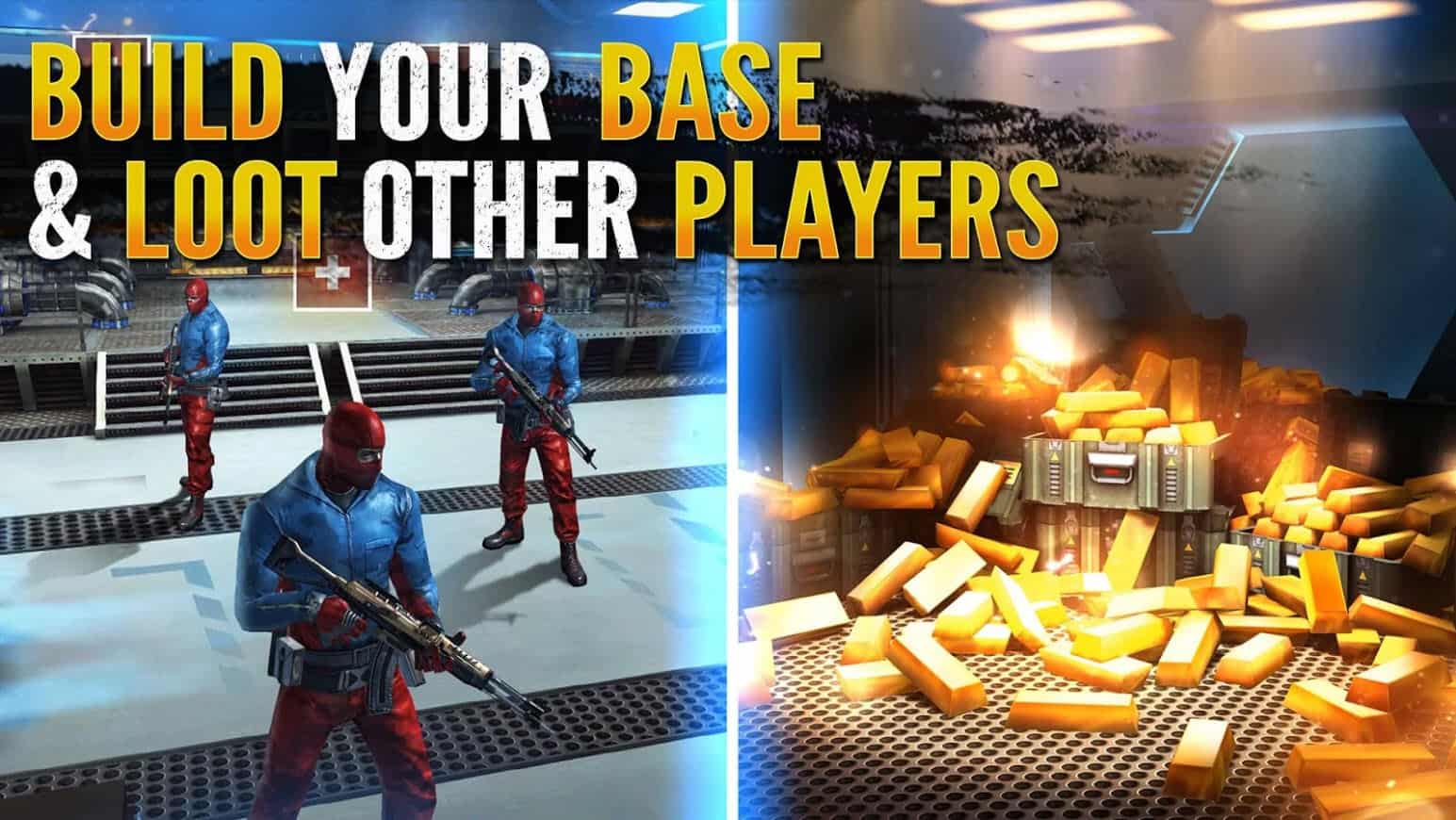 Sniper Fury is extremely content rich, with more than 130 missions in which you need to fight against a variety of enemy classes while enjoying captivating animations such as the “bullet time” effects.

There’s also a plethora of rifles you’re going to be able to choose from, and the captivating PvP has you breaking down defenses of other players to steal their resources. 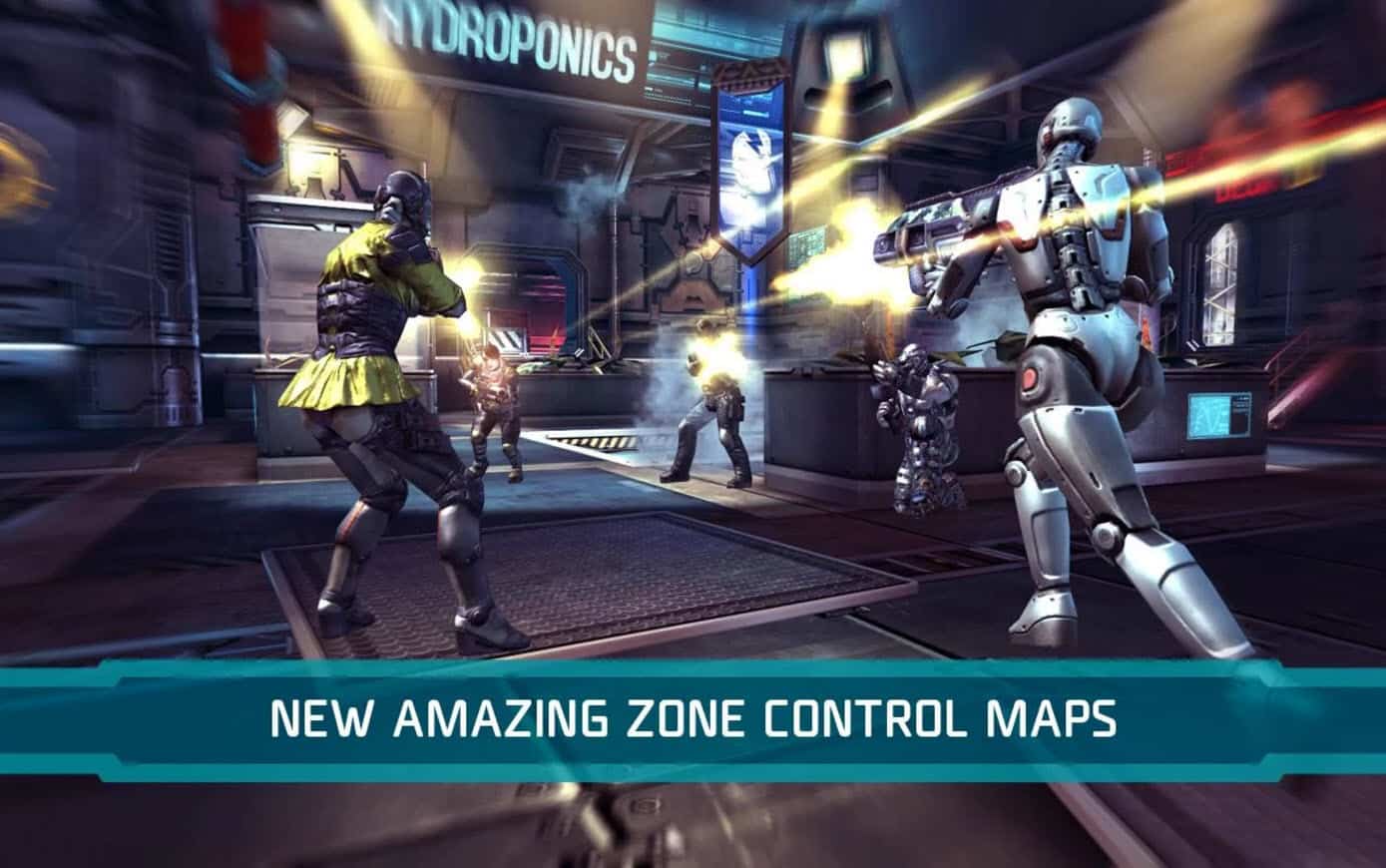 These two games have managed to be among the best FPS games for mobile for quite some time (it’s a shame they’re not available for iOS too). If you’re more of a solo player, you’re going to want to focus on Shadowgun since the game offers a story-based campaign mode that will certainly be a challenge. Download link available in the title.

Those who prefer a multiplayer environment can go for Shadowgun:Deadzone that provides two game modes and a robust selection of maps to test your PvP skills. You can get Shadowgun Deadzone by visiting this link. 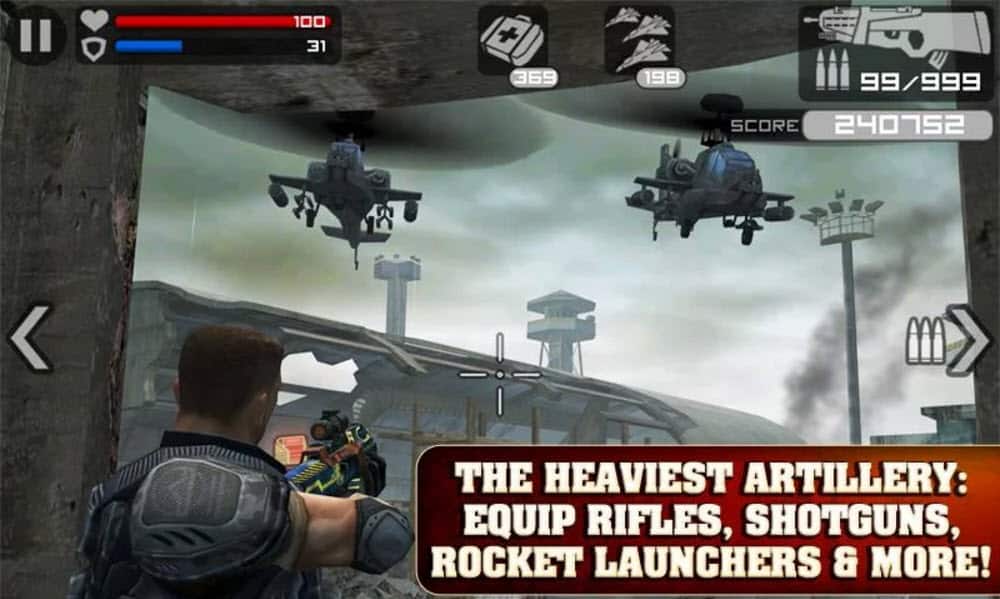 While this game will appeal to Call Of Duty fans, it only has single player mode. However, it’s definitely worthy of attention since it has a captivating story and increasingly difficult enemy forces. No need to worry, though, you’ll have an extensive artillery to test your shooting skills, plus you ill ned to use cover points to take down important targets.

What other cool mobile games like Call Of Duty have you played? Share your experience in the comments section!