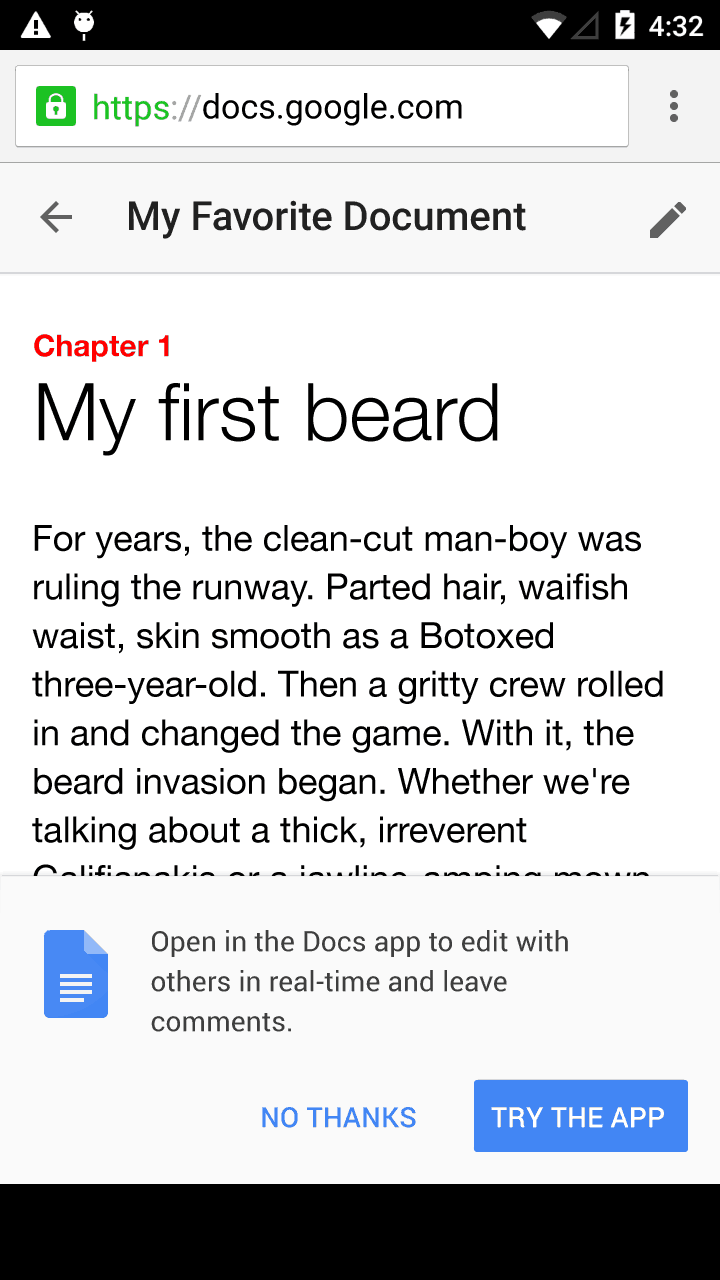 Document editing is no longer possible in the mobile web version of Google Docs. The change is accompanied by a more uniform UI for Google Docs, Slides and Sheets apps, according to Google’s announcement.

Editing on mobile web versions of Google Sheets and Slides has been already removed for a while, so now Docs has been brought on par with them. Google says, if you try to edit something in Google Docs from Chrome you’ll be taken directly to the app (if you already have it installed) or given the option to download it.

This particular news might not mean anything for many people, simply because the Google Docs app runs smoother and is more functional than its web-based counterpart. Perhaps limited storage space on your phone or tablet could be a problem in this case, but even so there’s always the option to buy some cheap external storage if you’re not willing to upgrade.

The new interface and removal of editing capabilities in the web-based Google Docs are being rolled out as we speak and should become visible for all users within a day or so.

Feel free to visit our News section to stay up to date on everything apps and games. Don’t forget to follow us on Facebook, Twitter, Pinterest, Flipboard and Google+ to receive our latest mobile how tos, and apps & games reviews for Android, iOS and Windows Phone !