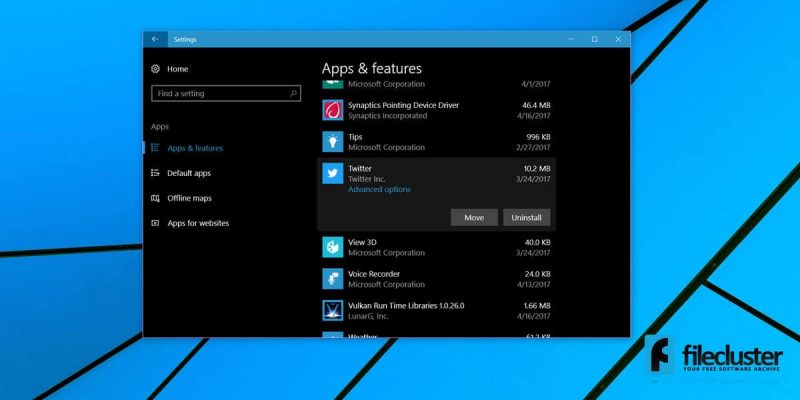 The Windows 10 Creators update brings a new Apps category in the Settings app from where you can manage all your installed apps. You can think of it as a modern alternative to the Control Panel. One of the things it lets you do is to move apps to another drive in Windows 10.

This feature eliminates the need to uninstall a program from its current location and reinstall it to another drive in order to move it. By moving an app to a different drive you can save space on the system partition and Windows can take care of this for you.

How to move apps to another drive in Windows 10

You can move an app to a different partition or another internal drive but you can also send it to an external drive such as a USB flash drive or an SD card.

With that said, here’s what you need to do in order to move apps to another drive in Windows 10: 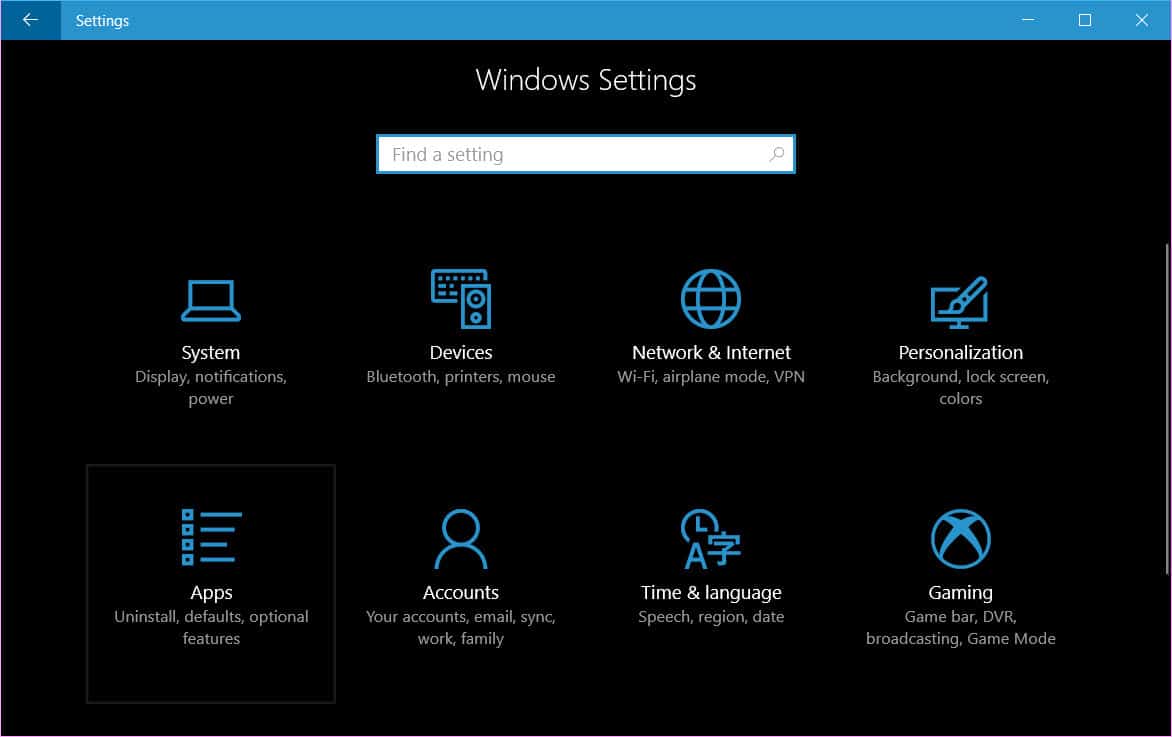 Open the Settings app and click on the Apps category. 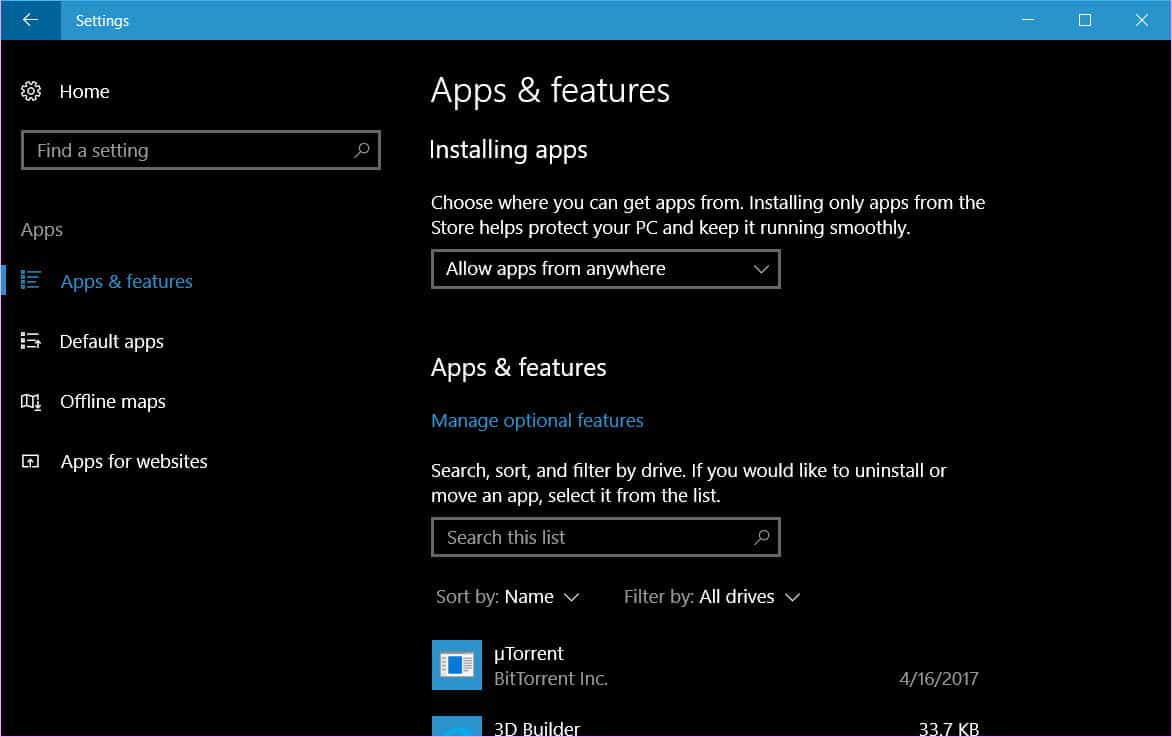 Make sure you’re on the ‘Apps & Features’ section in the Apps window. 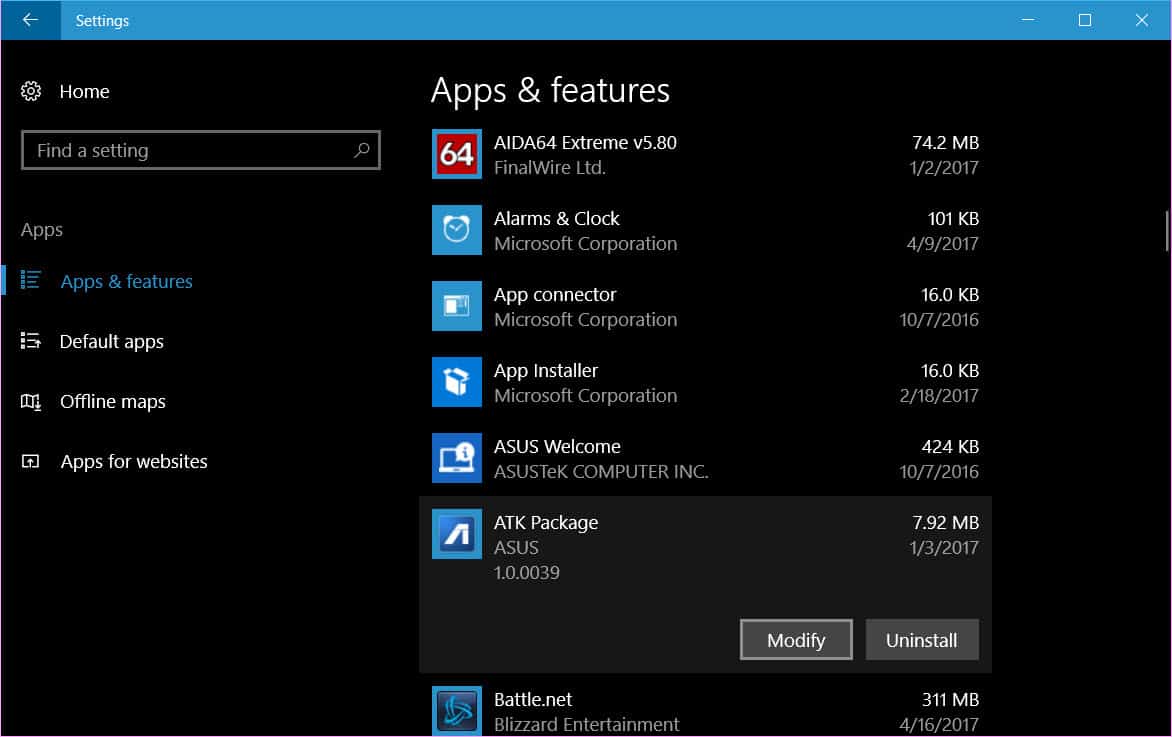 Click on any app to reveal available options. Not all apps can be moved to another drive, and system apps are part of the exception since they have to be installed on the system drive. Also, most third-party desktop apps can’t be moved. However, some of them can be modified – this is true if you see the “Modify” option and it’s not grayed out. 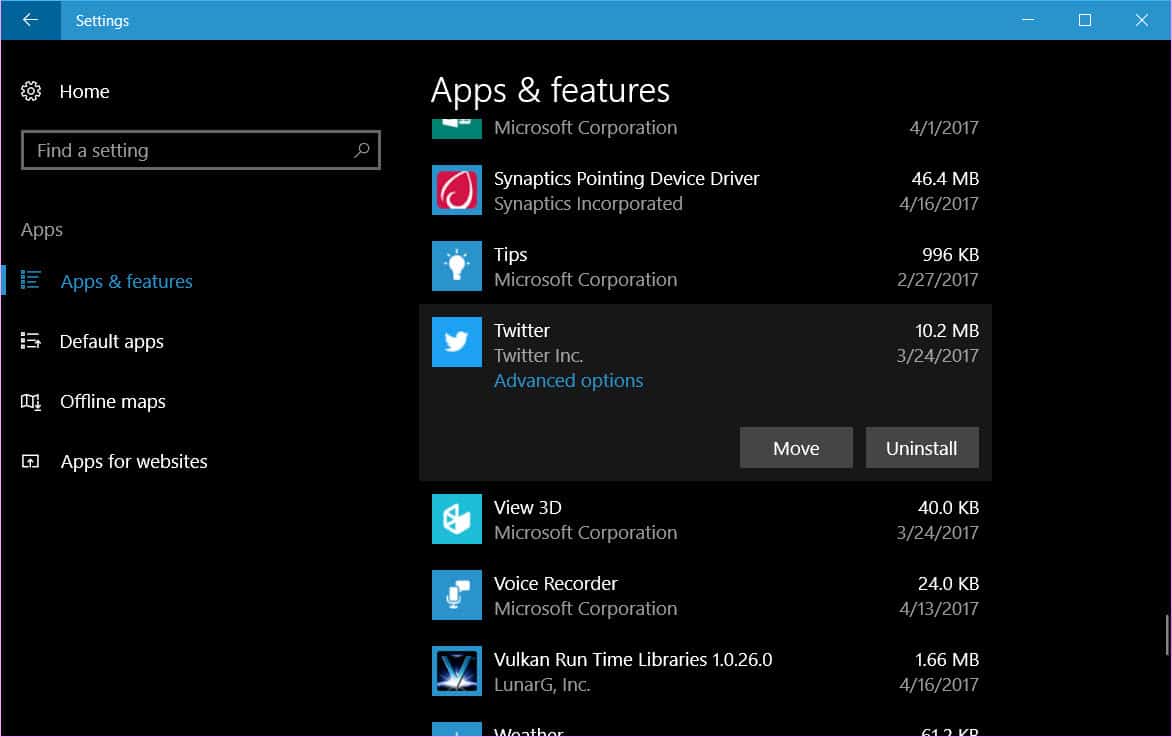 If an app has a valid Move button (we used the Twitter Windows app as an example), click on it. 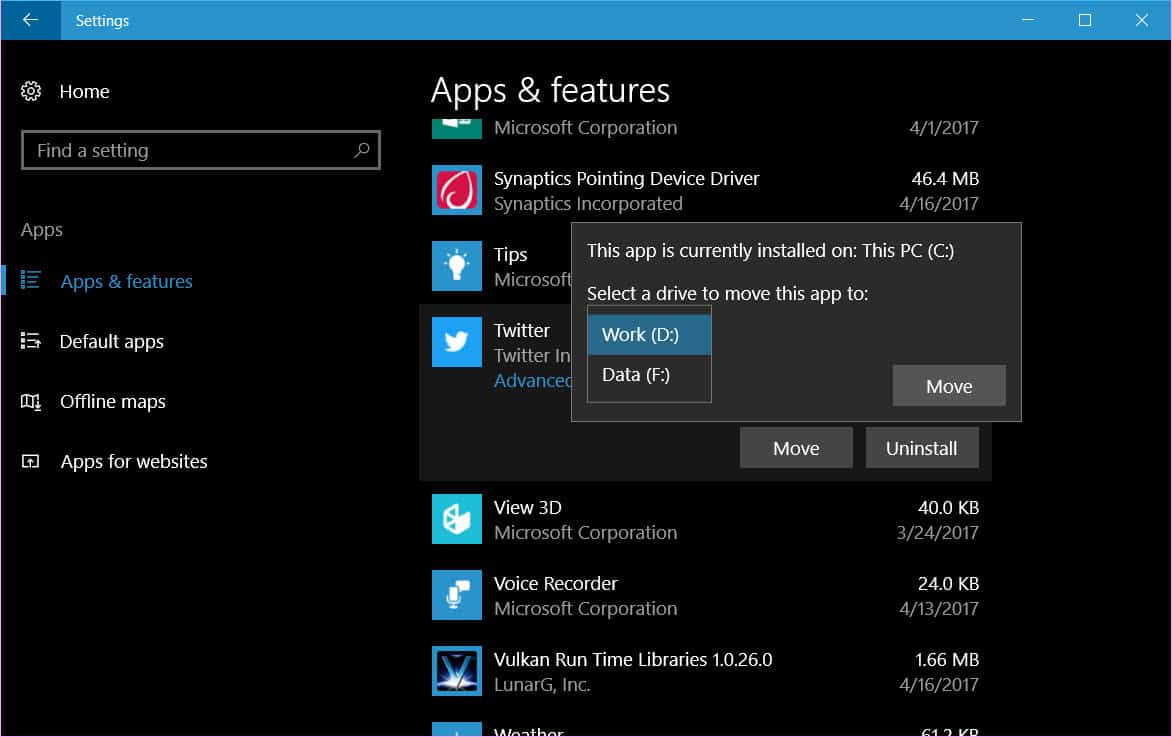 A pop-up dialog should appear on the screen. There, you just need to select the new drive or partition to which you want to move the app then click on the “Move” button to finalize the process. Keep in mind this could take a few minutes.