In the recent release by EightyEight games, You Must Build A Boat, your main objective is to, well, build a boat obviously! That gets done by exploring dungeons, conquering enemies, and completing quests in a match-3 puzzle mixed with an endless runner format. It’s a fantastic and addicting game with a bit of RPG depth to add a little more spice on top. Today, we’re going to share a few key tips that should help you score some more loot, and build up your boat even faster.

One of the first things you unlock on your boat is Woodward’s Library, where you can learn all about the different dungeon types, what your spells are capable of, and what enemies are weak or resistant to in battle. New information is unlocked as you encounter new things in the game, but the only way this information becomes useful is if you’re able to retain it and implement it into your strategy. There is a ton of different entries in the library, so I’d recommend checking this out regularly and studying them while there’s only two or three new ones — instead of waiting until you’ve got 20+ to learn. 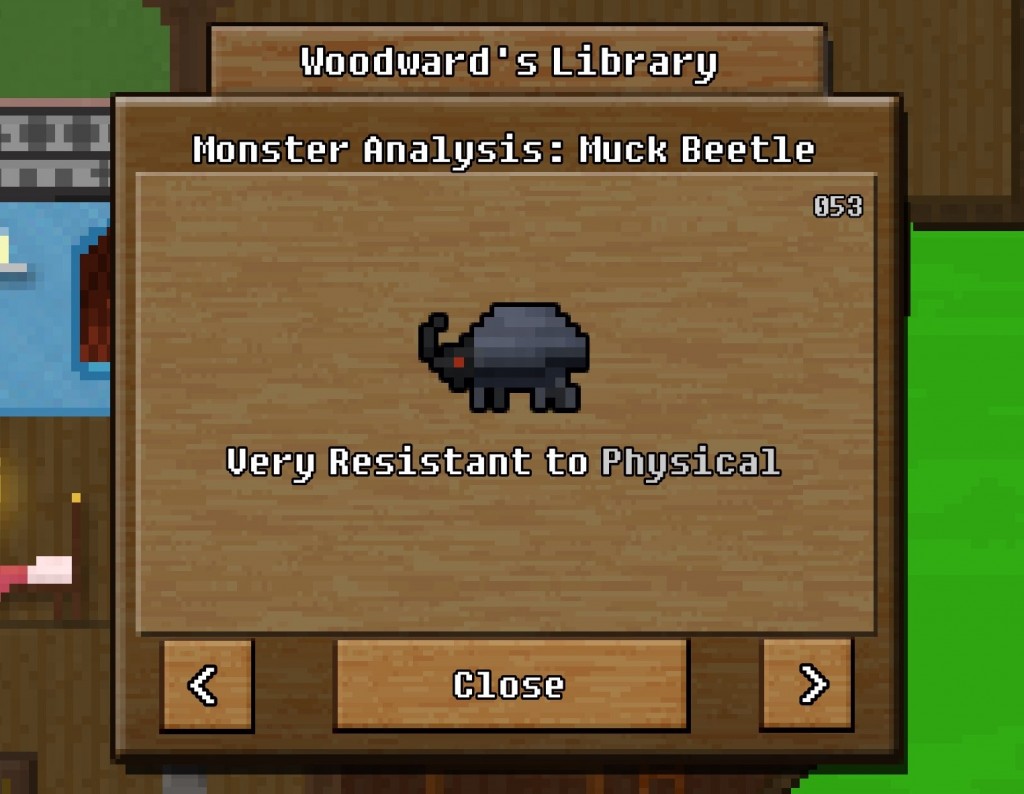 The information is pretty straight-forward, such as the image above which tells that the Muck Beetle monster is highly resistant to physical damage, which would be your sword tiles. To effectively utilize this information, you should use spells or staff tiles, as they will deal magic damage to the Muck Beetle instead of physical. Other examples are specific dungeon types, like the Firestorm dungeon where monsters will be immune to fire damage spells, but extremely vulnerable to ice damage. You’ll likely be able to progress in the game without studying this information, but if you do take the time, it’ll allow you to progress faster and get a much further max distance in dungeons.

Being more efficient on a run

Since there’s a decent amount of time between encounters in a dungeon, that gives you a few seconds to clear up any tiles that are essentially useless in combat. This includes crate tiles, thought tiles, power tiles, and shield tiles. Try to match up as many of these as you can in-between chests and monsters to make more room for sword, staff, and key tiles, so you can make it through those obstacles quicker.

Another benefit to doing this, is that you’ll score a lot more thought and power points, which in turn can be used to recruit new members to your ship. Smashing crate tiles is also how you get spells and food, so this can be a great way to save up a few special abilities for when you’re in a crunch — especially food, which helps you create more a gap between yourself and death.

Like I mentioned above, you can use thought and power tiles to recruit new ship members. The benefit to doing so isn’t purely cosmetic either, and is actually very helpful during your runs. You’re able to choose from several different categories of recruits, but you’ll always receive a random recruit from that category — so you never know exactly what you’ll get. As for the passive buffs you receive, it could be anything from a reduced percentage of damage taken, to more gold received from treasure chests. 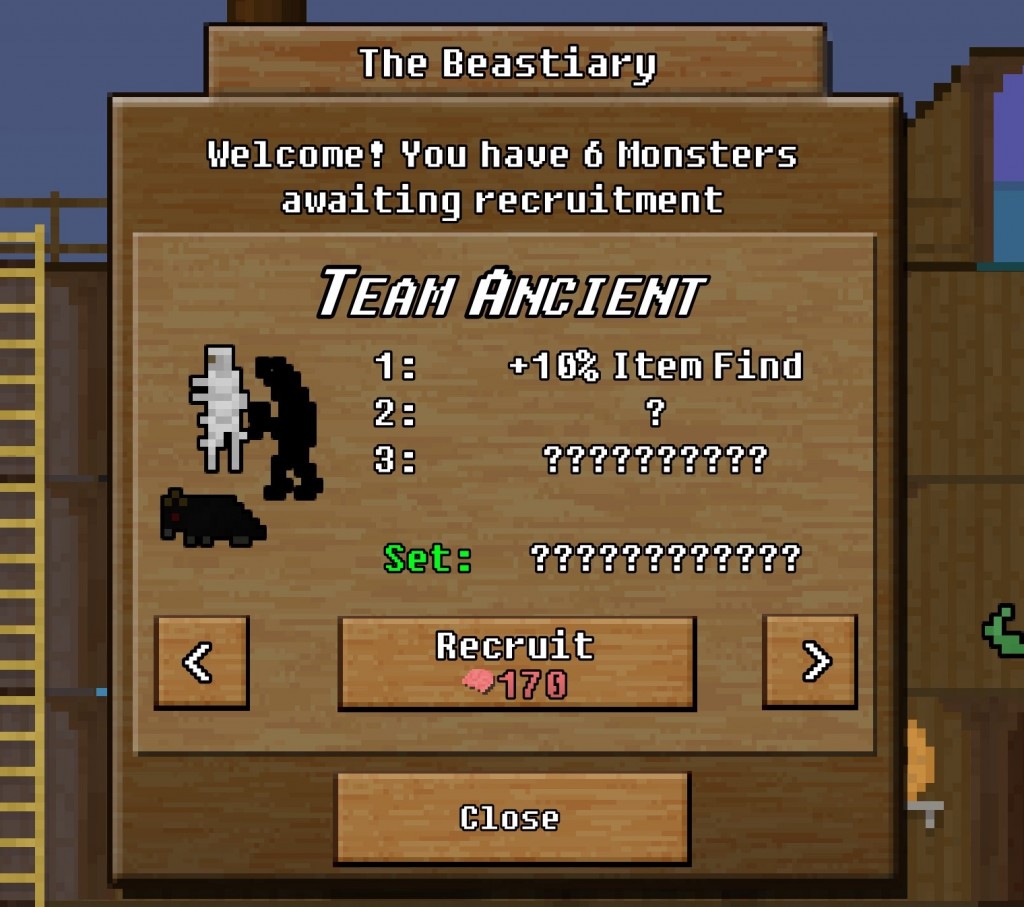 Spending coins on upgrades is also a necessity after a while, and it’s really important that you try to evenly distribute these upgrades. Remember, we learned from the library that monsters and dungeons have very specific resistances, so if you invest all of your coins into sword upgrades — you’ll be in trouble when every creature in the dungeon is highly resistant to physical damage. Just try to upgrade each tile/spell once or twice in a row and move to the next, and if anything gets neglected, give it a few upgrades in a row. If you every get stuck on a certain dungeon or quest, you could also focus on upgrades that counter that dungeon or quest, and then move to others later.

Whenever you start a fresh run, the “Priory” will generate some random statistics and attributes for the dungeon. These are completely random, and could potentially be all good things, all bad things, or a mix of the two. You can utilize this in a couple of different ways, one way is to continuously reset until you get a really good set of attributes, and the other is to keep those attributes by choosing “Run Again” instead of backing out to the boat before starting another run. However, if you complete a quest with one set of Priory attributes, you will be required to reset the Priory.

Although there’s no special tile that appears from matching 4 or 5 of the same type of tile, it will multiply the effect of that tile. For example, when you approach a treasure chest with two locks, you’d either need to match three key tiles two separate times, or match a row of four key tiles to unlock both locks at the same time. The same goes for sword and staff tiles, as you’ll deal about the same damage matching four sword tiles as you would matching two sets of three. 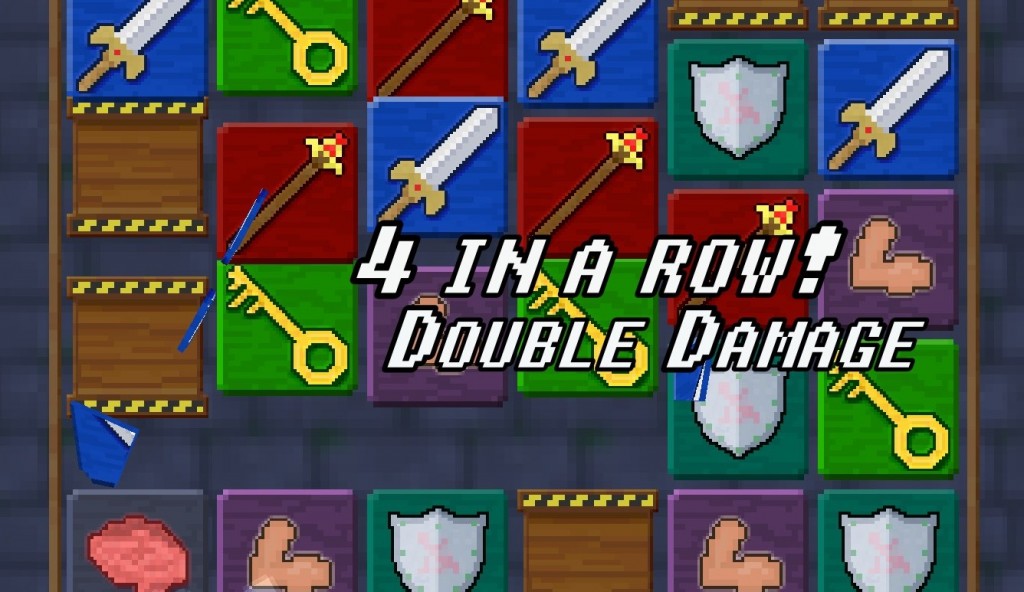 When you see a trap tile coming (a tile floating in the air on the dungeon screen), do everything you can to match that tile before it gets to you. These traps freeze you in place until you can match enough tiles to break loose, and it can really set you back on a run. Usually, you’ve got plenty of time to make the required move available, so just pay attention to these and act as soon as you see it. You can pretty much slide rows of tiles constantly, even when one set of tiles is in the process of breaking. Use this to your advantage and minimize the time spent idle so you don’t fall as far back on the dungeon screen.

Hopefully these tips will be a good push in the right direction the next time you pick up YMBAB on your mobile device. Feel free to share any tips or tricks of your own that we may have missed, via the comments section below — and check beck regularly at Pocketmeta for more guides and reviews for your favorite mobile games.