I don’t know how about you, but I hated being a teenager, and long past that age, I am still ashamed of some things I did under the hormone-induced fog that clouded my judgment and corrupted my sobriety. Teenage period is what I dread most when I look at my young cousins, and what my parents dread most when they talk about their grandchildren. Where there used to be a sweet, loving child, emerges a teenager – tormented, alienated, not too smart but aggressive, with a rare exception of a late-bloomer who manages to develop some brain activity patterns before hormones hit him/her. Teens do too much self-harm, and parents grow bald prematurely trying to prevent a disaster, or help the young rebels sort out the load of trouble after it’s done. Will Ignore No More app help prevent a disaster, or push the rebellious teen further away is a question to be answered by each parent individually, but the app is definitely worth checking out.

The app addresses the problem of your kids hanging up on you, and not calling you back as a means of either punishing you for being strict, or looking cool in front of their peers. Somehow, humiliating the one you love looks cool in the teenage groups.

Ignore No More will block your ugly duckling’s (yeah-yeah, the most beautiful person in the world) smartphone, leaving him or her a limited choice of either accepting the fact his smartphone is blocked, or returning the call to the worried mother, and having the device unlocked. There’s also an option to call an emergency responder. That’s it. No Internet, no text messages, no gaming. Even turning the phone off, or removing the battery won’t trick the app into thinking the teen called his mother back.

The app is paid, and you will have to cash out $1.99 for each device you want connected to your household. Like it or not, you will have to do a little bit of set-up before you can use it, and maybe change your mind in the process. After all, too much control can backfire at a control-obsessed parent. It’s your call.

Ignore No More currently works with Android devices only, and the developer’s website has a detailed walk-through of the set-up process. Basically, the parent has to download the app to his device first, and enter some basic information about the household when creating the account – parent phone numbers and children phone numbers. The next thing is to download the app to the kids’ smartphones, connecting them to the household account as a child’s phone. 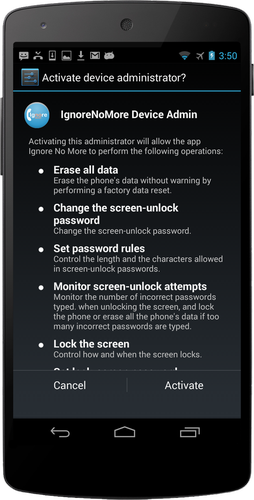 What you should understand clearly is the app will require extensive admin privileges to be able to block your teen’s smartphone almost completely, leaving out only a limited number of choices. So, you will have to give the app permissions and place the app’s widget on the device’s home screen. 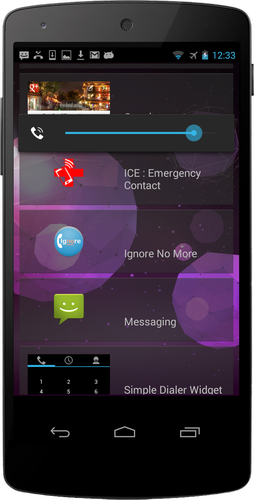 To shut down your teen’s device, you have to tap his or her name in your account and enter the lock code twice, and the next thing your moody teen knows is his device is locked. To have his or her phone unlocked, your teen has to call one of the approved contacts listed in the app, and it’s your mutual choice who is on that list. The parent will provide the teen with the one-time randomly generated unlock code for the device. 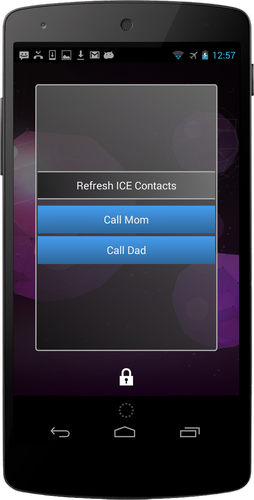 Can It Be De-Activated?

Now, as the developer’s own son said, ‘I thought it was a good idea, but for other people, not me,’ there is a good chance your underage prodigy will try to mingle with the device’s settings to de-activate the app, or uninstall it. While the first case scenario will result in his or her device being blocked, and a corresponding message being sent to the parent, the second option can actually work. Provided your kid is savvy enough to boot in safe mode and uninstall the app altogether, you may have to go through the installation and set-up process again, once you are in the physical possession of his or her device again. Unlocking the device after the teen’s attempt to de-activate the app also requires you are in the physical possession of the phone.

In emergency cases, your teen will be able to dial 911 emergency responder, if you happen to block his device at the worst moment possible when your teen may really need help.

Apple users are currently spared from this draconian disciplinary measure, at least until the iOS version of app is released, and it will be release, I assure you. Too many U.S. parents appreciate the luxury of being able to force the stubborn teens call them back, or simply shut down the device at night time. The app was invented by a parent, and has gained quite popularity among the like-minded parents. 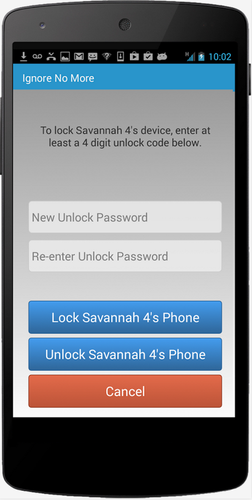 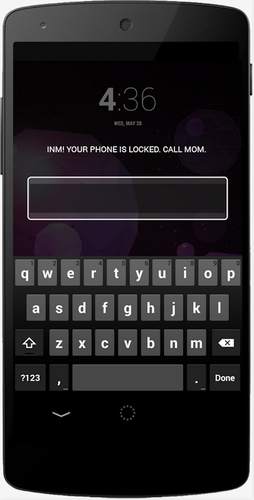 Teenagers can easily ignore their parents’ missed calls for hours on end, and Ignore No More solves that annoying problem by blocking all the fun on the kids’ smartphones. What’s a smartphone without Snapchat, or that awful thing Secret, Facebook or Instagram, Deer Hunter or San Andreas GTA? If your teen has been torturing you with that painful silence, you can try and put the end to the nasty behavior with the help of the right motivation.

The tricky part is to get the app on your teen’s smartphone and keep it there afterwards, which may be easier with younger teens, but a true challenge with college students. Will the app help you become emotionally closer with your kids? Hardly. Chances are some of the grown-up kids may distance themselves from their parents even more. Will you be able to negotiate with your kid on peaceful terms, and agree to have the app installed as an extreme measure in return for your peace of mind and his or her extra hour out on Saturday nights? The developer, a Mom from Texas, says she had to lock her son’s smartphone only once ever since she installed the app on his device, so it has the potential to do the trick. See it for yourself and let us know how it works for you.