The first time I saw Unpossible’s trailer, my eyes hurt and I felt the pain deep in the back of my head – this crazy, frantic, gorgeous-looking knock-off game is a must-buy for its looks alone. If you like Smash Hit, you will love Unpossible, and it really doesn’t matter the game’s title is not cool. This is the kind of game you both love and hate, and keep on playing even with your eyes closed, driving the grid on your inner vision digital screen.

Unpossible (is it too late to change the name?) will put to test your reflexes and memory, making you desperately addicted, and frustrated at times. You ride a highly realistic, sci-fi grid and your task is to survive maneuvering from the knives and all sorts of giant hi-tech cutlery. The tube twists and turns and you have to either tilt or touch to avoid the traps. 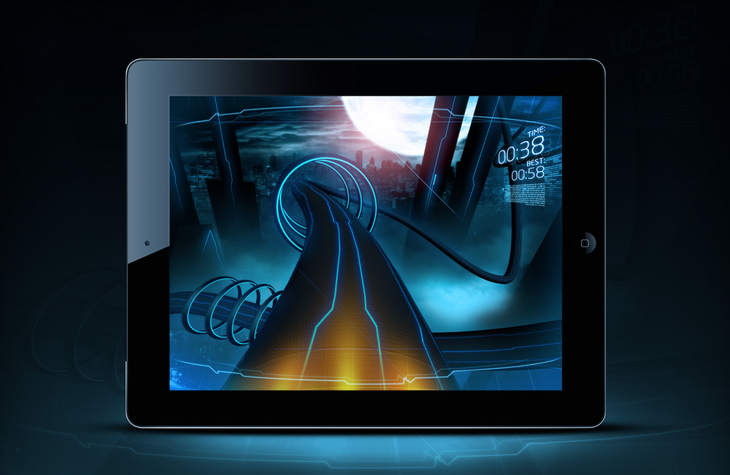 The controls are quite intuitive, and the best part is you have a choice between touch, tilt and external controls, which automatically wins me over since I hate tilt controls. Either way, whichever is your favorite, you will have your way with the most non-intrusive controls of your choice.

The visuals are thrilling and meticulously polished – this game is a Tron devotee dream come true. The moon, the distant city and the sinister traps make you feel like CLU and Rinzlers are chasing right behind you. 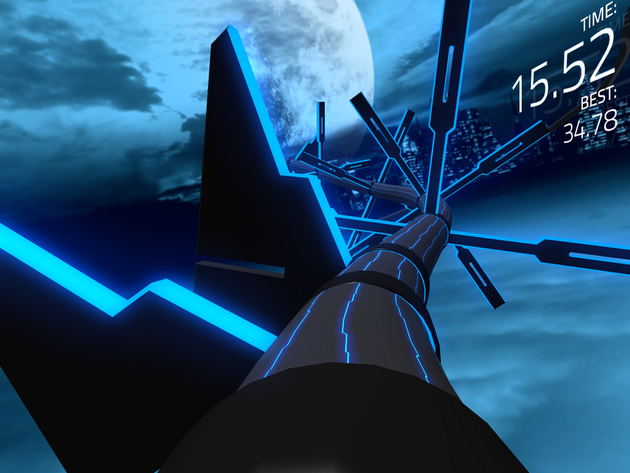 Unpossible features three difficulty levels – Simplicity, Futile and Ultra. As the names suggest, Simplicity is for starters, and you need to survive during 60 seconds to unlock Futile, which is a time killing black abyss that will suck you in before you know it. It’s fast-paced and more challenging than the introductory Simplicity level. The Ultra level is the ultimate challenge to your reflexes, focus, sight and sanity, as you try to make it through the roughest of all hardcore reflex games.

As you unlock the three difficulty levels, you also unlock daily challenges for each level, with standalone achievements and unique grids. A special cruise mode is for those who need to restore their faith in victory or simply chill out – the never-ending grid can hypnotize you if you watch it long enough. Developers suggest you hang your iPad on the wall and chill. 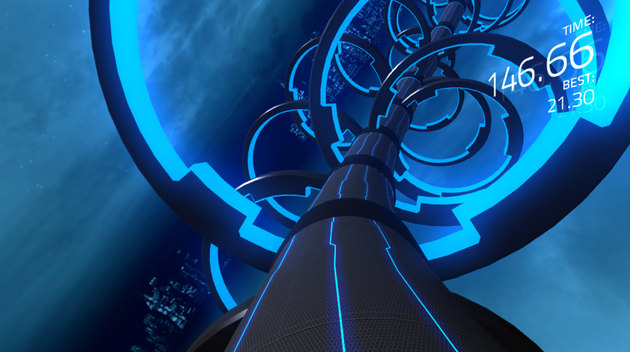 A work of genius, Unpossible is a visual and sound delight when in cruise mode, and a soft killer in the three challenge modes. Easy to play, impossible to master, it will become a gemstone in your iPad games collection. However, if you know you can start shaking and throwing your device around in frustration, be warned you will need a double dose of self-control to sort out the patterns and beat the game. Yes, there are patterns, so keep your eyes open.

Unfortunately, as of now Unpossible is iOS-exclusive only, and no Android version was announced.