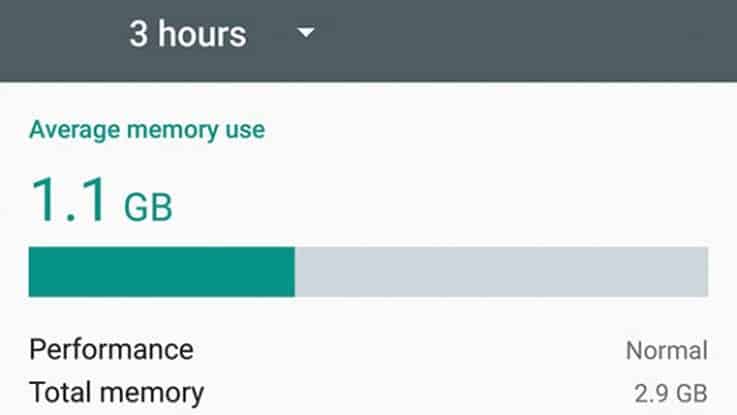 Android Marshmallow’s new memory manager is not exactly a feature everyone would be interested in. However, it’s great that you at least get the freedom of seeing a large amount of information on how RAM is being used on your phone.

To access the new memory manager launch the Settings app and tap on Memory. Here you can see memory usage information for the past three hours. 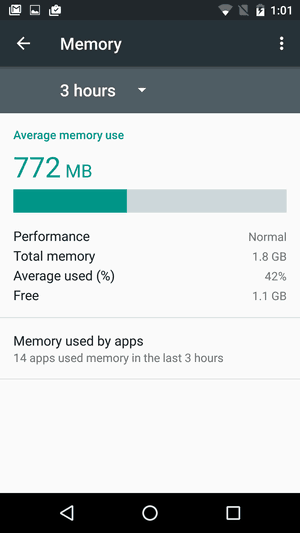 It offers stats on average memory use, total memory, percent of memory currently in use, free memory and memory used by apps. Also, you can view the impact of memory usage on your phone’s performance for the given time period.

You can tap on the downward-facing arrow located next to ‘3 hours’ and choose a longer time span which can be the last 3, 6, 12, or 24 hours. 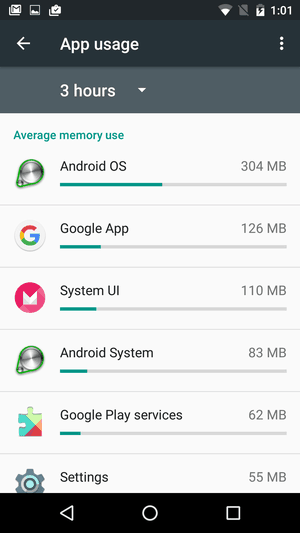 The ‘Memory used by apps’ option takes you to the App usage screen where you can view how each app is using  memory. This can certainly come in handy if you’re trying to identify memory hogs slowing down your phone.

Just like the general overview, the default time period is the last 3 hours but you can switch to see stats for the past 6, 12 or 24 hours if you want to. 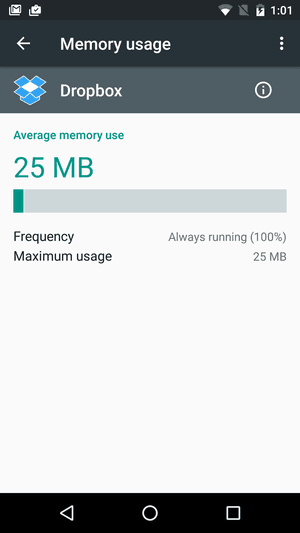 The next step is obvious: tap the name of an app to see the associated details such as the average memory usage, maximum usage and frequency. You can also force stop an app that’s causing trouble from the same place by opening the Options menu (three-dots icon) and selecting the Force stop option.

As you can see, the new memory manager offers detailed information on how RAM is being used by your phone, allowing you to close in on specific apps. It’s probably not something you’ll need often, but it can come in handy when you’re trying to find the cause for short battery life, system performance issues or when you’re dealing with problematic apps.

What do you think of the new Memory Manager implemented in Android 6.0? Drop us a line in the comments section below or visit us on Facebook,Twitter or Google+ and leave us a message there.