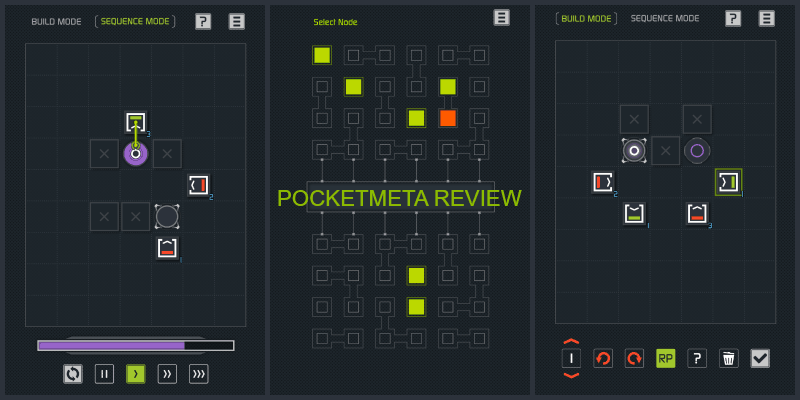 Good puzzles are all over Google Play, and there is no shortage of novel ideas and fancy designs. That is why, those who like to keep their brain fit always have something new in their queue of mobile brain boosters, and they are the hard to surprise folks. It is exactly this hardcore puzzle audience that should get interested in this new indie puzzler the Sequence.

Truth be told, the first time I played the Sequence I was also listening to the news in the background and was desperately trying to keep tabs open on the conversation at the dinner table behind my back – because you know, they always ask you something the moment you least expect it and always get hurt when they see you don’t listen. WhatsApp conversation kept bugging me every once in a while. Bad choice of environment. I felt the game was way beyond my comprehension and overly complicated. For the engineer nerds.

The second time, I was completely focused on the gameplay, and started over again from level 1. The silence of the ambiance let the soft music of the game set the Zen mood and let me get the hang of the mechanics. A few levels later, I was totally enamored with this unique, pure logic-fest. I was also equally frustrated at how hard it is.

You start with the first basic node – a square. You can place it anywhere around the shiny particle-containing node; you can rotate it and change its polarity. The red polarity will push the particle away from the node; the green will pull it closer to the node.

Your goal is to place the available nodes and number their sequence so that the particle ends up in its target node. Note that to complete a sequence successfully, you usually need to move several particles from node A to node B, without creating collisions, with properly placed and numbered action nodes.

As you play, you unlock more complex nodes – there are 7 of them overall. After two sessions of moderate gameplay, I have only unlocked two nodes and covered 9 levels dubbed modules out of the available 48. I have no idea if there can be multiple ways to solve the modules – I was ecstatic every time when I managed to find a solution, so I did not really feel like trying other ways.

On the flip side, you cannot replay a module you passed, unless you reset all the modules. Notably, you unlock the modules in what seems to be a random order, but the logic is quite straight – they are just not placed in the regular order on the module grid. At the same time, you can unlock 2 modules at a time, and they would be tied in a connection, so if you get stuck in one, you can try your skills in the other. 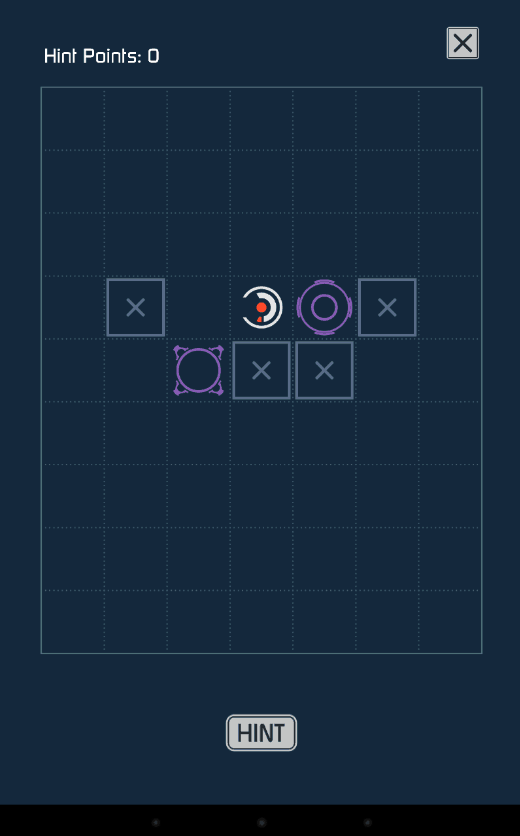 The game awards you with the Hint points for solving modules – one point per module (remember a module can contain several challenges). You can use that point whenever you need, but it will only show you where to place one node in your module. You will have to figure out the rest.

In my gameplay, I faced a situation when I got stuck in two modules at the same time, wrecking my brains over and over. I spent the only hint point I had and still could not figure out a solution. When I badly needed that second hint, and I found myself unable to… you know, grind a past module for that extra point, I felt my brain boil. It’s either rest all the modules to quickly go all over the previous ones to keep the hint points, or persist with the challenge at hand until I succeed. Needless to say, the rewarding feeling you get when you finally figure out the solution is way better than having that Hint point at hand.

Now, the modules have two modes – Build Mode and Sequence Mode. In Build Mode, you arrange the nodes around the A and B, mingle with their placement, polarity and sequence. In Sequence Mode, you hit Play and see how your creation plays out in action. This is how you know when something does not work out.

The Sequence requires pure logic and planning, meticulous and careful, devoid of emotional frustration if you fail because it would cloud your judgment. There can’t be accidents, and luck is not involved. You have to find Spock in you. No, you have to be Spock.

The clean, minimalist dark design works well with the minimalist yet bright nodes, and the overall style lets you focus on the task at hand. By the way, whenever a puzzle tries to distract you from a solution with screaming colors, countdown timers and flashes of light, it’s a sign it might be suffering on the puzzle part. Here, everything is quite the opposite. The game does not distract you from the challenge and immerses you in its world of currents and sequences. The music is amazing and wonderfully ambient, further amplifying the effect of immersion. Overall, the Sequence is a great example of an ingenious minimalism in style. There is nothing I’d like to add or remove from its artwork and music – it’s perfect.

The game features 48 levels as of now, and according to the developer, who keeps tabs on the user feedback which is always a good sign, new levels will be added regularly. Now, if you get stuck and have no Hint points, re-playing the previous modules may occur to earn the points. You may try your luck searching for walkthroughs, but there aren’t many so far. At least, none that goes as far as I am now. The calm take of the game lets you give up, let it go for a while and get back to it the next day. It’s pure delight for the persistent minds. However, I suppose there are players who find it much less complicated than I do.

The game comes in free Lite and full $1 premium versions, and after having tried the free version I was immediately compelled to support the developer for the fine game here. It’s $1 only, and no IAPs. I can see where the developer can potentially inject a few – the Hints.

The Sequence really is unique, hard and challenging puzzler for the meticulous and cold minds. Its minimalism in art and meditative music let you focus on the task, eliminating the possible frustration from failure. The latter is only temporary and nags you until you solve the sequence. The rewarding feeling that comes with the solution is akin to winning a Math Olympiad at school. Let the emotions go, and let the logical mind take control. Be Spock.