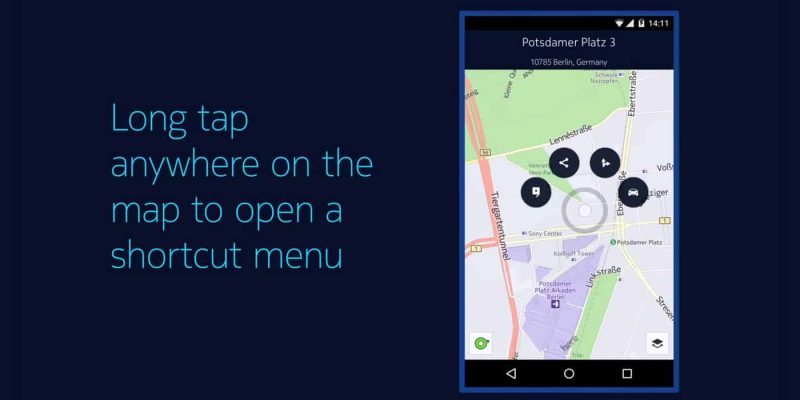 Since Nokia launched its HERE Maps app for Android, at the end of 2014, they have been working hard to bring various improvements. The popular off-line navigation app also has a beta version, which just received a shiny, new interface in the latest update.

On top of that, HERE Maps beta has a new contextual menu, which appears when you long-press anywhere on the map to provide information about the location and options for sharing the location, receiving directions and launching drive navigation. Here’s the full changelog:

The beta program is public, so anyone can join it as long as their device fulfills the requirements. You’ll need a smartphone running Android 4.1 Jelly Bean or higher, a display between 4 and 6.9 inches and at least 1 GB of RAM.

To join the program you’ll have to join the public Google Group for HERE Maps, to be able to register as a beta tester here. Then you can download and install the latest version of HERE Maps Beta from the Play Store. Those who are already in the beta program and have the app installed, can update it from the “My Apps” section from the Play Store menu.

Check out the video below to see the new contextual menu in action:

Are you a beta tester for HERE Maps? Share your thoughts on the app in the comment section below!