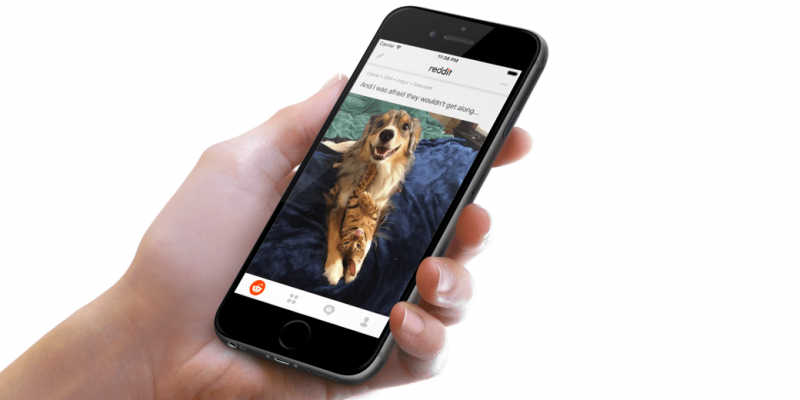 After a rather long wait, the official Reddit app for mobile devices has launched in both iOS and Android flavors. With so many third-party clients that managed to thrive so far, Reddit users can finally opt for the official client instead.From all the unofficial clients, Reddit acquired one named Alien Blue over a year ago.

From all the unofficial clients, Reddit acquired one named Alien Blue over a year ago, and with the launch of the new app, Alien Blue will be taken down from the app stores as well. The company had actually planned to build their official app on top of Alien Blue’s source code but in the end, they decided to build its code from scratch which allows them to provide an optimize experience and more frequent updates.

The need for an official Reddit app was undeniable as the company states about half of their users browse the popular service on mobile (the number includes both visitors of the website and those using third-party clients).

The new Reddit mobile app comes with several features that separate it from the numerous third-party clients which are already established on the market. It leverages both Android and iOS ecosystems to deliver platform-specific features like the draggable ‘speed-read’ button available on iOS.

There’s also a ‘card-view’ feature you can use to view rich media content and the app comes with some features specifically aimed at trusty Redditors – the users who visit the service on a regular basis. For example, the official Reddit app allows moderators to customize their subreddits, something which is not provided by any third-party client.

While only a limited subset of users participated in Reddit’s beta testing program, it seems the company managed to deliver a lightweight and functional client that will surely please the user base.

You can download the official Reddit client from the links below although for Android it seems there are some geo-restrictions in place. So if you cannot access the Play Store link you can sideload the app by downloading its APK from here.