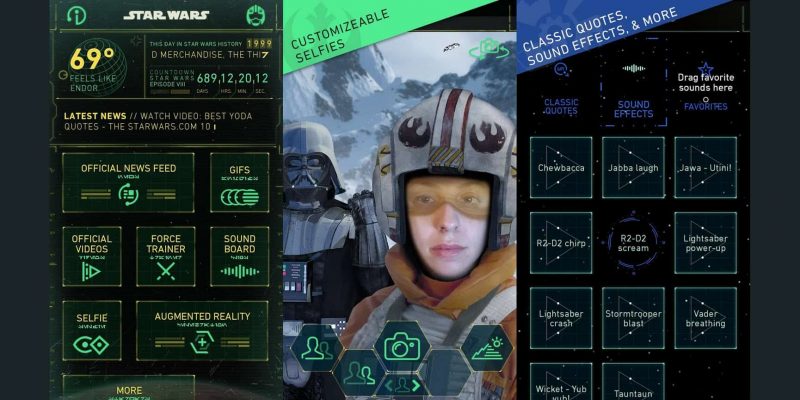 Star Wars is a franchise with an impressive number of fans, so the fact that an official Android app has just been launched, will probably make a lot of people happy. Disney’s free app covers everything Star Wars-y from news and trailers to special events and social updates. 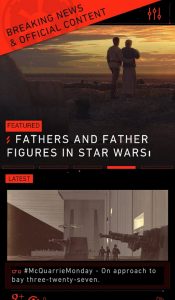 This app aims to offer a diverse amalgam of Star Wars related stuff, allowing you to stay up to date on big announcements, movie news and trailer releases. It even lets you take custom selfies in various Star Wars costumes and scenarios and the provided weather forecasts religiously stick to the theme.

As expected there’s a social component to the app, as it lets you share animated GIFs with your friends, showing scenes and characters from Star Wars TV Shows and movies. Among an almost hard to imagine wealth of content, the app offers a large collection of Star Wars sounds, count downs to major releases, official news and creator interviews.

The UI can be customized using Light and Dark Side themes, but also Droid interfaces, each packing its own set of designs, animations and sounds. As the Star Wars app was built, it seems like a place that could keep us entertained for hours.

Nevertheless, the initial release is showing a few bugs, among which one seems to be more prevalent. After you launch the app, the initial screen prompts users to input their age. For many, this task is impossible since no keyboard (or cursor for that matter) shows up. This is not the only bug people are reporting, but considering this is the first release, lets hope Disney will soon provide an update to fix at least the critical problems. It’s still worth giving it a try, especially if you’re a dedicated Star Wars fan, as the bugs don’t seem to manifest for everyone.