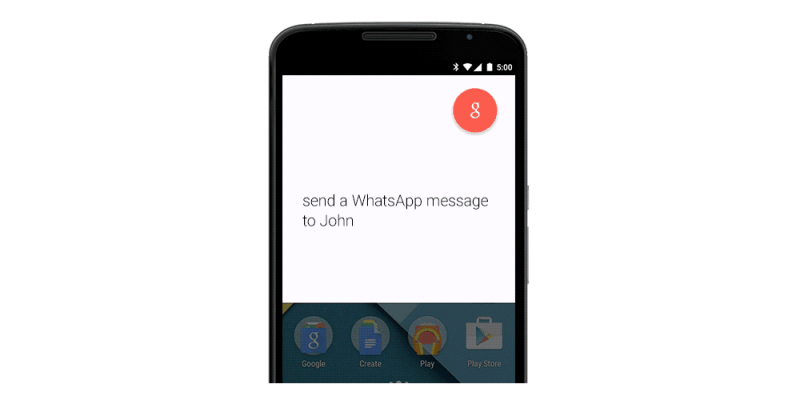 Most of us smartphone addicts have incredibly nimble fingers and typing messages on those tiny screens is sometimes faster than we’re able to say them out loud, although our thumbs could certainly use a break every now and then.

We’ve been able to use ‘OK Google’ voice commands to send messages before too, but only via text message, email or Hangouts. From now on, this functionality expands to third-party apps as well, and besides WhatsApp and Viber, the feature also supports WeChat, Telegram and NextPlus.

All you need to start sending messages on the above mentioned apps using ‘OK Google’ voice commands is to make sure their and Google app’s latest versions are installed on your device.

The feature only supports English for now, but it can be used world wide, not just in the US. Google also says they plan to add support for more apps and languages in the future. Even if you actually enjoy typing your messages, this new feature can certainly come in handy when your hands are full (e.g. while driving).

Feel free to visit our News section to stay up to date on everything apps and games. Don’t forget to follow us on Facebook, Twitter, Pinterest, Flipboard and Google+ to receive our latest mobile how tos, and apps & games reviews for Android, iOS and Windows Phone !