When Out There launched on mobile last year, we said it was “a work of talent” in our 5-star review. Part gamebook, part roguelike, part resource management, Out There is neither at its core. Ultimately, it is an adventure of survival, discovery, and fate of one man on the one hand, and the entire human kind on the other.

If it weren’t for Out There, I would not have gotten to like the genre and discovered Heavy Metal Thunder and Sol Invictus. Before Out There, I thought Ray Bradbury alone was capable of giving me that sci-fi space adventure I was craving for – eerie, desperate, lonely and full of deep meaning.

You play as a lone spaceman whose spacecraft got off the course while he was in cryosleep. It got so badly off course, you literally can’t figure out where you are, or when, which is probably equally important.

The original Android and iOS game comes with 4 endings and 350+ unique text adventures. You need to get by with the limited oxygen and fuel your little, crippled spacecraft has, mining resources and scouting for garden planets to refill that breathable air. Every now and then you encounter alien life forms that often times don’t care about your existence. However, a rare encounter can shed light onto your own fate and the destiny of human kind, and define the outcome of your journey. 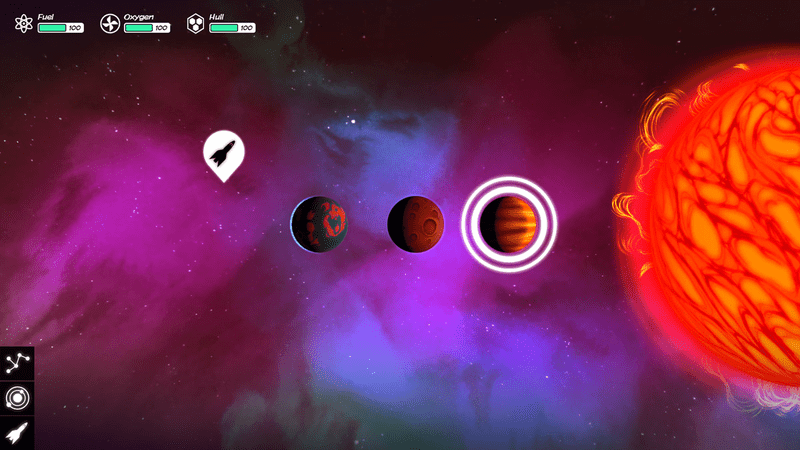 As you encounter aliens, you also have a chance to learn alien languages, technologies and switch spaceships. The original game boasts of 10 ships, with different number of save slots to carry resources and mount technologies. If you should ever encounter that bubble-like alien spaceship – grab it and never let go.

The Omega Edition has been in the works since last summer, if I am not mistaken, and the fans were expecting its release this January. Alas, we are looking at a few months more before PC owners will be able to get the game with the new Omega edition on Steam. If you are impatient, you can get your hands on the beta version of the desktop game, which looks just like the mobile port, on Humble Bundle store or via the developer’s website. 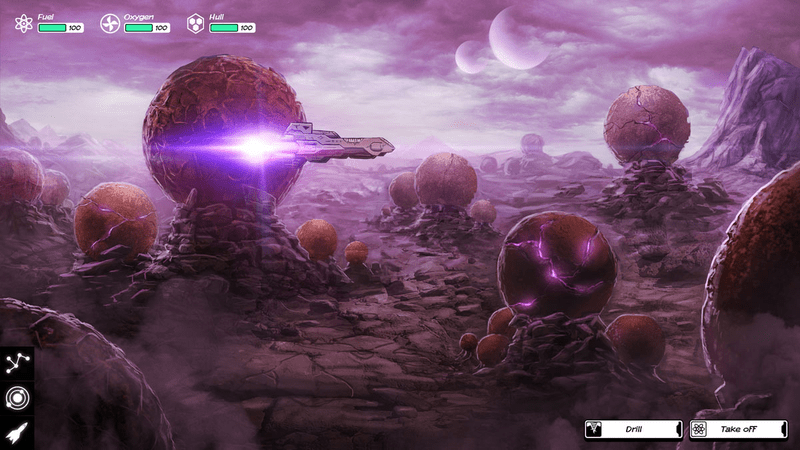 Also, that early access purchase grants you the iOS or Android original game for free. You will be able to get the bundle with an extended soundtrack by Siddhartha Barnhoorn for a few bucks more, and if you enjoy the tripping, eerie and otherworldly music, chances are it should be on your list of favorite sound tracks.

The Omega edition will be released approximately in March or April while the mobile ports even later. Notably, the Omega extension will come free for the owners of the original game, not even an in-game IAP. So, the waiting is well worth the perks.

On the flip side, you can re-visit the game and discover those endings you haven’t reached, yet. Truth be told, the game is difficult and unforgiving, sometimes to an extreme point when you are playing a dozen adventures to no avail – either oxygen, or fuel shortage kills you more often than anything else, like jumping into a Black Hole or landing somewhere near Super Nova when flying without a navigation unit. 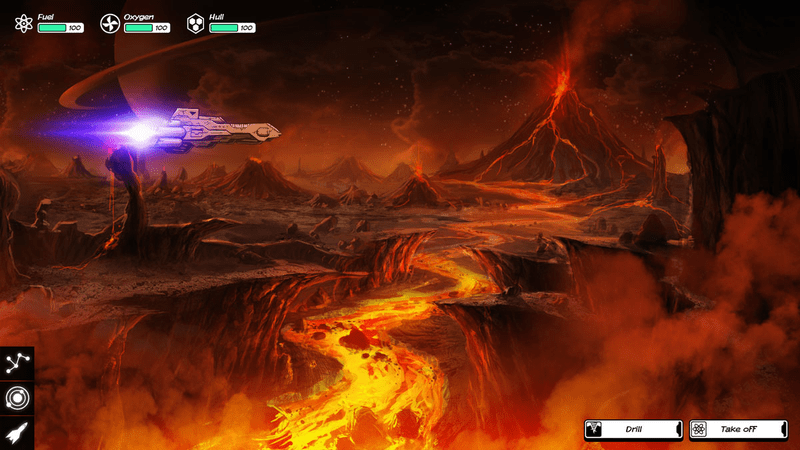 That said, Out There offers an immense replay value, and I keep getting desperate, swearing I’d never try it again, but getting back time and time again in hopes of reaching the lost home in an ending I’d be happy about.

Overall, MiClos is busy bringing the game to Mac, PC and Linux, as well as crafting new, awesome 3D visuals based on new engine, adding a new ending, 50 interactive stories more, as well as new breeds of aliens and a few new spacecraft.

Mind you, the game procedurally generates a brand new universe each time you replay, so the adventure is never the same.

The new graphic engine brings to life previously static planets, solar winds and impressive vibrant colors, and the developer released a few comparison screenshots for the original and Omega edition:

So, if you feel like playing the new Omega early access, get it on Humble Bundle store or at the developer’s website, without, or better yet with the extended soundtrack. If you haven’t played the game yet, read our full review, and get the game on Google Play, Amazon or iTunes store for $3.99 and tell us what you think after a few weeks of gameplay.

The rest of us, the long-time fans, will be keeping tabs on the news, updates, teasers and trailers.

Out There: Ω Edition on Humble Bundle and developer’s website:
Pre-order Out There for PC, Mac and Android (original version) + Extended Soundtrack by Siddhartha Barnhoorn. Beta access when available for $14.99
Pre-order Out There: Ω Edition for Windows, Mac and Android (original version), Beta access – $8.99

Out There original game on iOS, Android, Amazon $3.99 – Omega edition will be free for all owners of the original version.