We all have tons of private content in our apps: photos, conversations, email addresses and whatnot. It would be pretty easy for a coworker, a friend (because yes, sometimes not all of your friends are actually friends), your kids and anyone else that comes near you to take a sneak peek at personal stuff in your phone behind your back when you’re not paying attention. Enough with the paranoia already, there’s a simple solution…

Oops! AppLock is a cool, free app that allows you lock any of your installed apps so no one can access them except you. 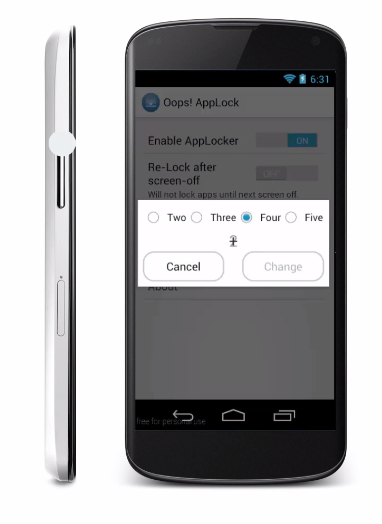 No text password, no pattern based locking system….Oops! AppLock lets you use the volume keys to create your own password. For example you can use DOWN UP UP UP or another combination of your volume keys as password, while the default one is three times up. 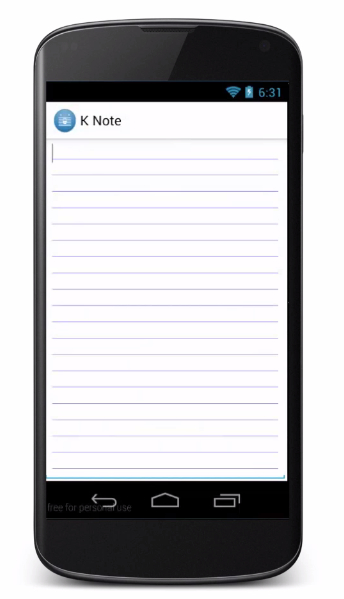 Shows as a notepad app

The app is stealthy that way. It shows as K-Note and when you open it, it looks and works as a notepad app. To get to the actual application you’ll have to insert your volume key pattern. Only then you can actually enter its settings and choose which apps you want to lock, as well as the unlock codes for each one. 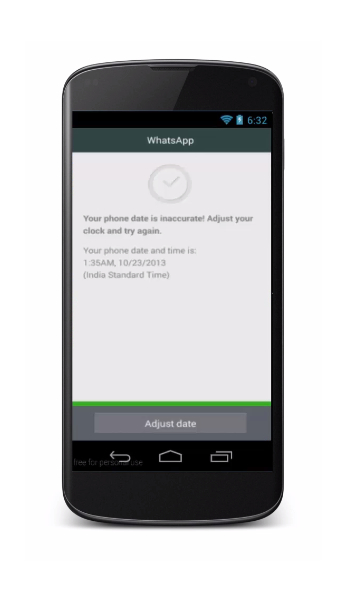 Why go looking for something when you don’t even know its there? When you (or someone else) opens up a locked app, it will show a fake screen giving the impression that the app is “stuck”. Any unauthorized user will think it’s an error and most likely quit the app, when in fact it was just waiting for the unlock code.

However, you can change those fake screens, using your own backgrounds. The developers suggest you pay attention to the image size, and make sure it matches your screen’s so it displays bright and clear, just like the real screen would.

Oops! AppLock is brilliantly deceptive – it doesn’t just lock your apps, it also disguises that lock so no one but you will know it’s even there. Be sure to read the app’s full description on Google Play Store so you don’t get tricked yourself. Others have!

If you want to stay updated latest on apps & game reviews, news, tips and how tos for Android, iOS and Windows Phone, feel free to follow us on Pinterest, Google+, Facebook and Twitter  (and don’t forget to pin this article if you found it useful so that you’re easily able to reference it later).