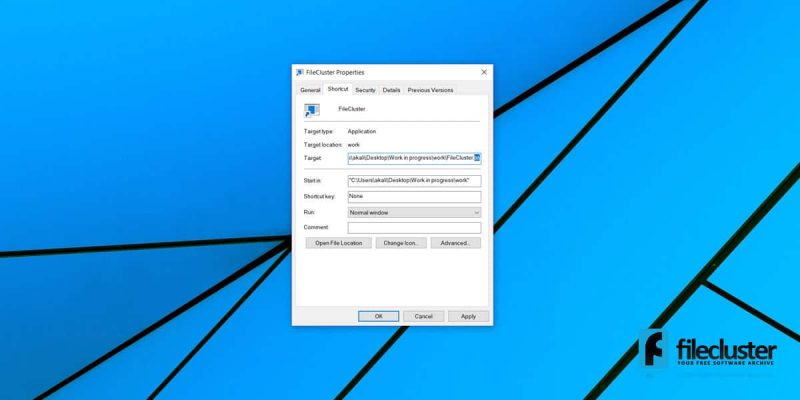 In Windows 8 and 10, you can easily pin settings and folders to Start although this is not possible for the taskbar. If you ever wanted to pin files to the taskbar in Windows 10, this is not a default option but it is possible thanks to a clever trick!

Since Windows 10 allows us to pin executable files to the taskbar, we’re going to make use of this capability to pin any other type of file as well.

How to pin files to the taskbar in Windows 10

To put it shortly, here’s how this trick works – we’ll change the extension of the file that will be pinned to .exe, pin it to the taskbar and then change it back to its original extension. Even if your file isn’t executable, this will ensure the shortcut stays pinned to the taskbar.

Here’s what you need to do if you want to pin files to the taskbar in Windows 10: 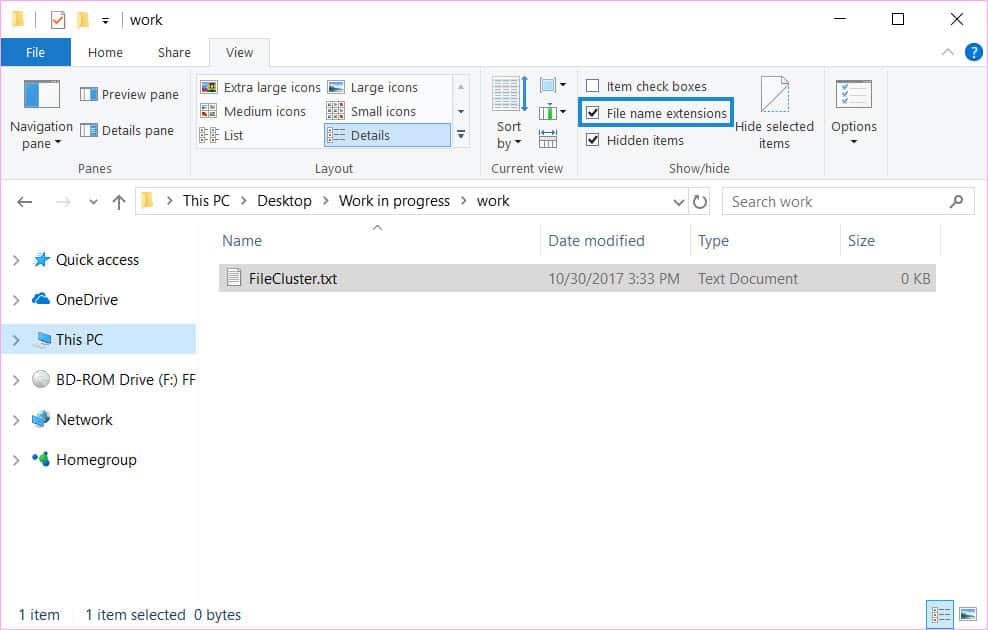 Launch File Explorer and go to the location where the file you want to pin is. If the file’s extension doesn’t show, go to the View tab and check the option called “File name extensions”. 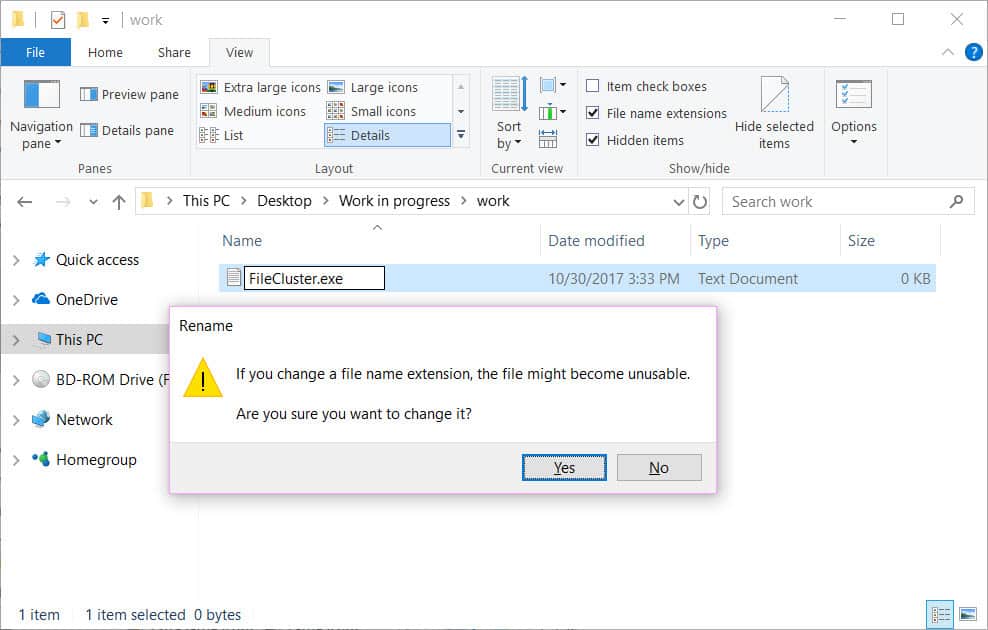 Rename the file and change its extension to “.exe”. In other words, the new file name should look something like “FileName.exe”. Click “Yes” on the warning prompt. 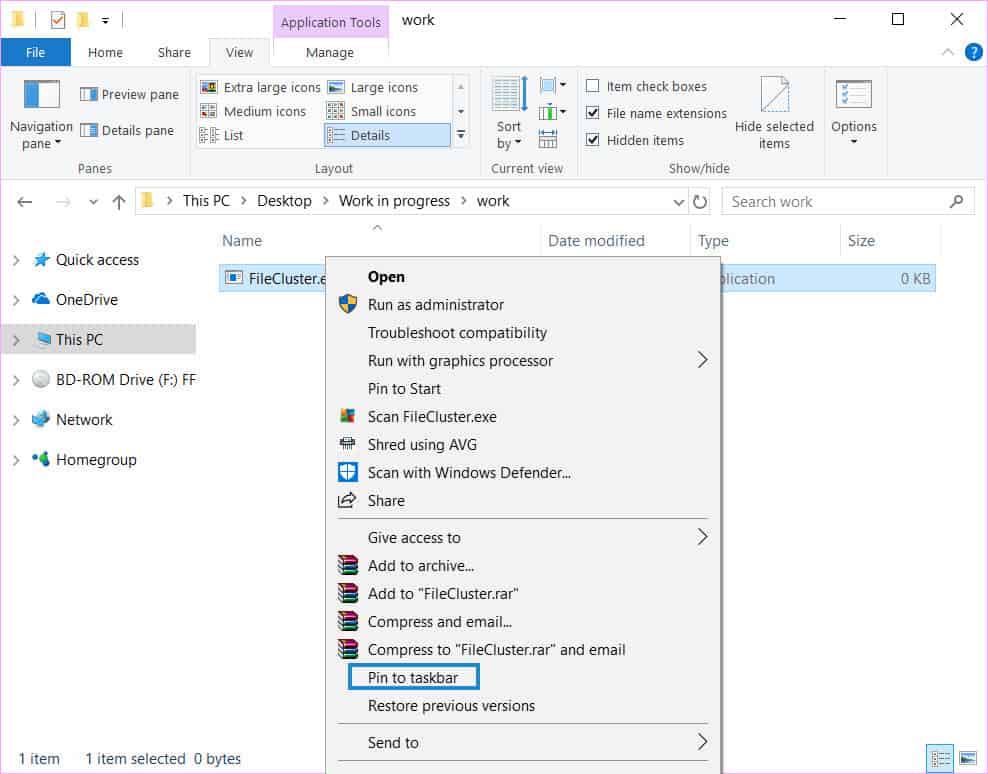 Right-click on the file and select “Pin to taskbar” from the context menu. 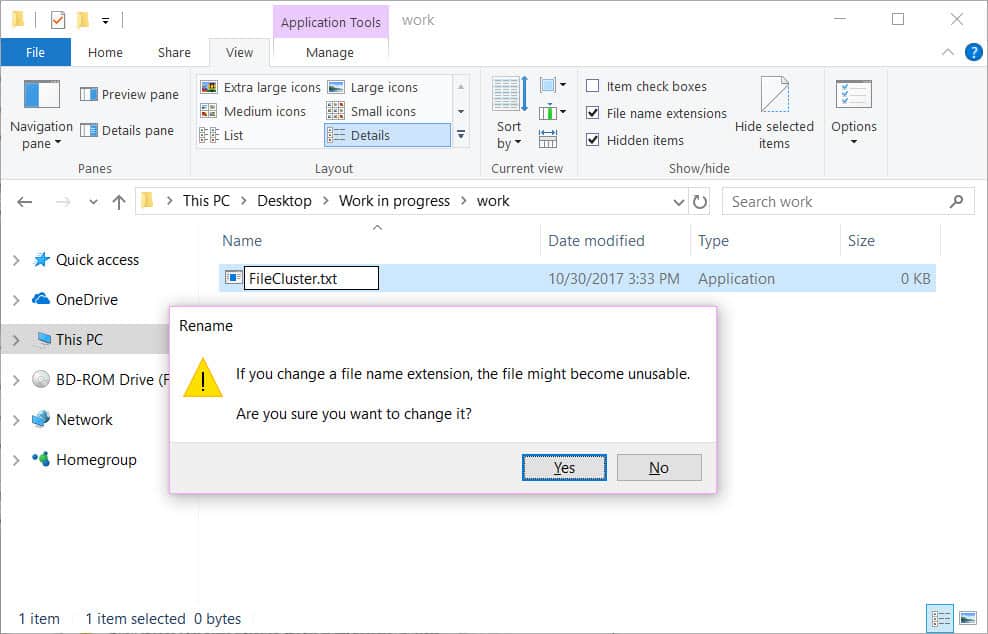 Rename the file and change back the extension to the original one.

It might seem like it’s over but there are still a few things you need to do. Since the original file you pinned was a “.exe” file, the existing taskbar shortcut won’t work. That;s because it still points to the executable which doesn’t exist. 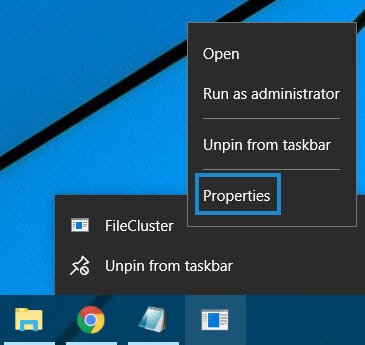 To fix this, start by right-clicking the file’s taskbar shortcut. Then, right-click on its name in the context menu. In the submenu that opens, select “Properties”. 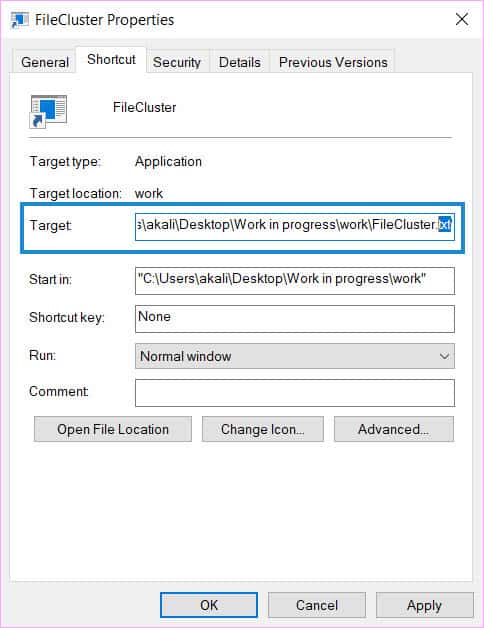 In the Properties dialog, change the file extension in the target field from “.exe” to the original one (in our case “.txt”). Hit the OK button to apply the changes and close the window.

Now the taskbar shortcut should be functional, allowing you to open the pinned file without issues!