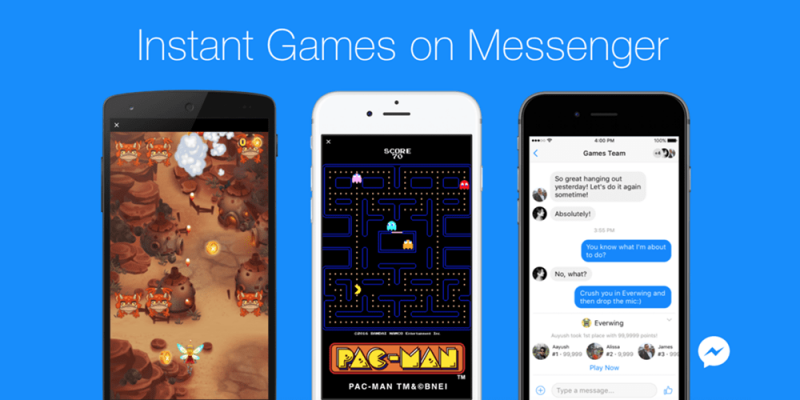 Facebook is always expanding the capabilities of their Messenger app and the latest addition are Instant games. These games can be played in the conversation thread which is convenient, to say the least. Keep reading to find out how to play Facebook Messenger Instant games on Android and iOS devices.

Obviously, Facebook also benefits from us playing their time wasters inside the Messenger app. The ultimate purpose is to keep us using it, especially since there are plenty of competing chat apps Messenger is up against.

How to play Facebook Messenger Instant games on Android and iOS

Instant games might not be reason enough to start using Messenger, but if you already are they’re certainly a nice way to have fun with a friend directly in the chat thread.

The initial rollout makes Messenger’s Instant games available in 30 countries for the time being, with more to be added over time.

Here’s what you need to do if you want to play Facebook Messenger Instant games on Android and iOS.

Get the latest version of Facebook Messenger from the App Store or Google Play, or simply update it if you already have it installed.

Open a conversation or create a new one.

At the bottom of the screen, find the small game controller icon and tap on it.

A list of Instant games you can play will be displayed. Choose one, then press Play. The friend you’re chatting with will be challenged to get a higher score than you. A lot of these games are classics, so for the most part, the gameplay and controls are as intuitive as possible. There are some incredibly popular games in there as well, such as Pac-Man and Space Invaders among others.