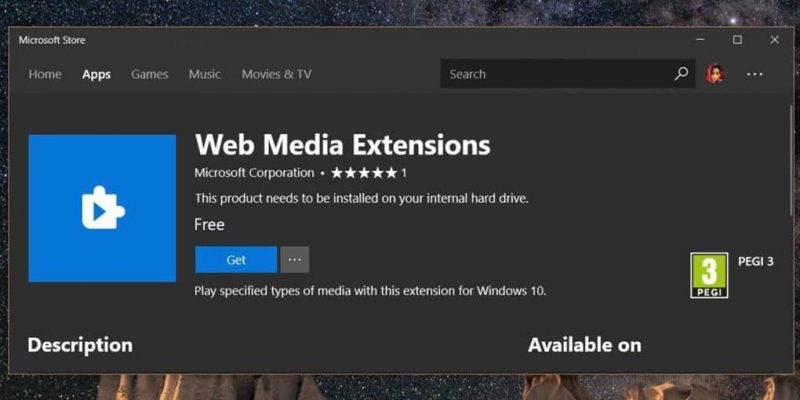 While there are plenty of file viewers supporting an impressive collection of formats, there will always be some file types you’ll have a hard time finding apps capable of accessing them. Windows 10 has added native support for MKV files, but even so, there are still some MKV files it’s unable to play.

Before supporting apps can play certain media formats, special codecs need to be installed. If the required codecs are not present on the system, those files can’t be opened. For this reason, we can’t play OGG files on Windows 10.

However, things are about to change as Microsoft has released the Web Media Extensions package that adds support for Vorbis, Theora, and OGG codecs on Windows 10.

If you want to play OGG files on Windows 10, the first thing you need to do is install Microsoft’s newly released Web Media Extensions app. You can get it from the Windows Store by visiting the link below.

This is not a universal solution though. According to the app’s description, we should be able to play OGG files in any supporting app. However, at the moment there are quite a few apps that still don’t support OGG files playback even with the Web Media Extensions kit installed, such as Windows Media Player, Internet Explorer (Edge works though), and the Movies & TV app.

Also, despite the fact the package is shown to support phones and tablets, it can’t be installed on Windows mobile devices at the moment. This is proof Microsoft may have rushed the public release of the Web Media Extensions.

Microsoft added support for Vorbis and OGG probably because they have discontinued the Groove Music Pass subscriptions and plan on transferring their subscribers to Spotify which is heavily relying on Vorbis and OGG codecs for streaming.

Until apps can finally leverage the Web Media Extensions kit, you might need an alternative solution to play OGG files on Windows 10. The simplest way is to use VLC player or another popular media player that provides support for the OGG file format.

Don’t miss: How To Install extensions in VLC Player