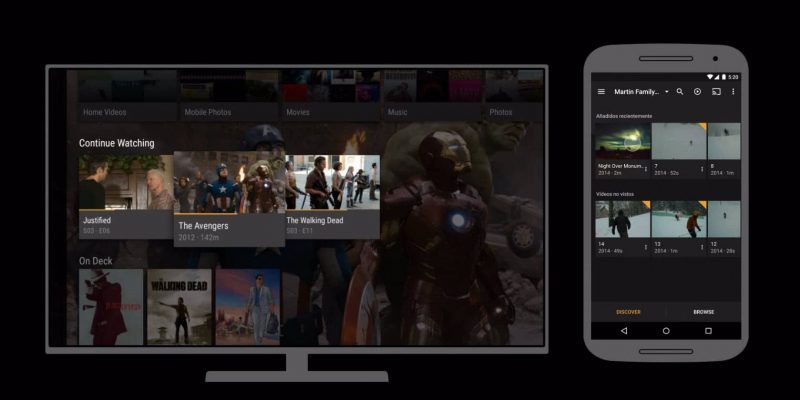 Plex received an update that brings a lot of new stuff, starting with the new Material redesign of the interface. Besides a slate of improvements and new features, there’s an impressive list of bug fixes – sure there are part of pretty much any update, but this time the Plex team sure went out of their way to offer users a better experience with the app.

Th app has expanded Android TV functionality, allowing users to sort and filter items in library sections. Actually, Android TV received a lot of attention in this update as numerous other improvements have been implemented in this area. You can now select “Original” qualitty during video playback and the app and if multiple quality versions are available, you can choose whichever you want.

Chromecast support got a bit better as well – the update to Plex v4.6 lets users change audio, subtitle and quality during playback. I’m not going to list all the additions of the latest update, but you should know support for multi-part video playback on Android TV has also been added. The feature has been requested by many users, according to Plex.

If you’re interested to see the bug fixes included in the update you can see them all here. The changelog was probably too long to post on Google Play, so the bug fixes haven’t been posted there.

Let us know how you like the new Material Design look of Plex and if you feel the app is running smoother, after the latest performance improvements.