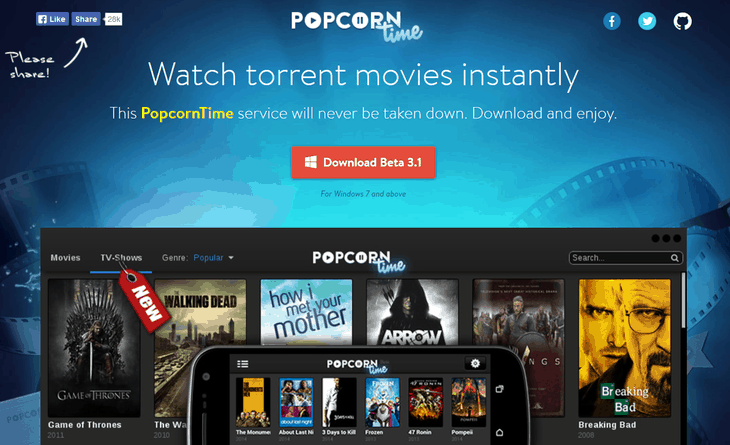 Popcorn Time for Android is a free movie streaming app for mobile device that gives you access to a multitude of pirated movies. Is the streaming legal? No. Popcorn Time Android app has been released a few months ago, and we reported its loud and inglorious death only a few days after its launch. Google Play deleted the app from its repository due to intellectual property violation. By the time it was taken down, Popcorn Time was branded a Napster for movies, and generated loads for traffic from people trying to find the app on any other third-party repository. Alas, no more users were able to download the app, while Google Play got flooded with void apps speculating on Popcorn Time name.

Popcorn, anyone? Time4popcorn.eu as well as GitHub repo offer free downloads of the app, as well as a free desktop version for Windows, Linux and OS X 10.7 and up. Win XP version is under development, by the way. Google Play refused to place the app on the marketplace for the same reasons it once deleted it. How did this happen, you ask? 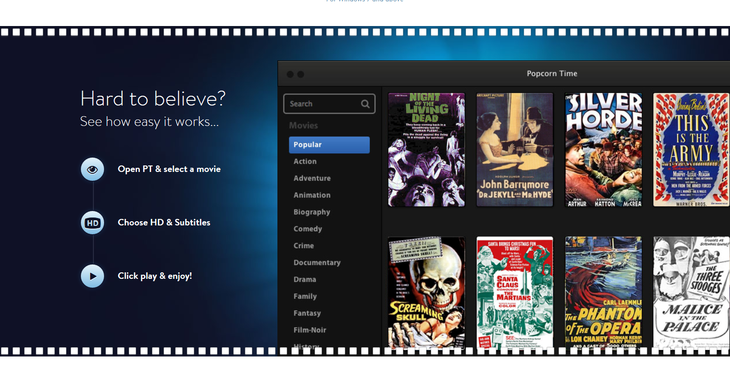 Before the initial Popcorn Time went down, the developers made the apk open to general public, so anyone willing to expand on the idea were welcome to do so.

Now, we have a fully-fledged Android app that enables its users to livestream trending movies any time, anywhere, provided people have the Internet connection.

The app is overwhelmingly popular thanks to its streamlined UI that allows users simply enter the movie’s title in the search bar, or select a movie genre and tap on the poster to start streaming. 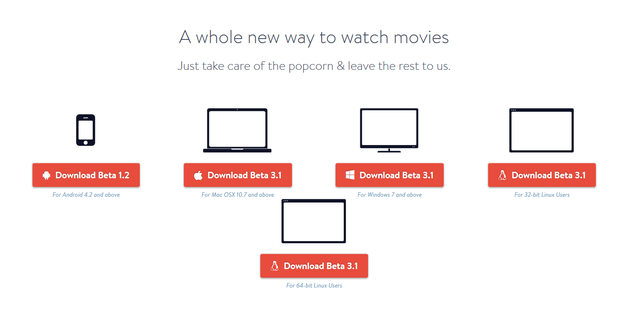 The YTS torrent tracker is the team behind the current release of the Popcorn Time app, and they will continue working on the project.

Mind you that the GitHub page offers all source files for both desktop and Android apps with free access.