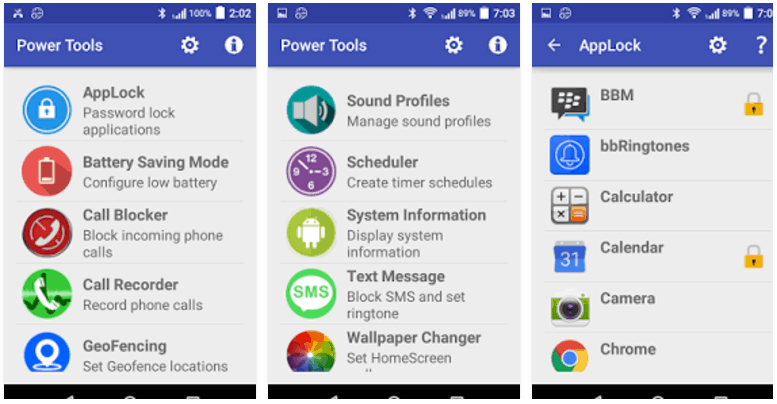 BlackBerry is experiencing an exodus. While some developers like WhatsApp are jumping ship explicitly, others migrate to other platforms, porting their BB apps to platforms that promise more longevity. Power Tools is a long-time BB app, and a Swiss knife for the device, with plenty of neat features. And now it landed on Android.

Right off the bat, if you used Power Tools on BlackBerry, you would still have to purchase it on your Priv, or any other Android device. It’s $1.99, quite moderate for the amount of functions it offers, and most ex-BB users applaud the developer. But what about the satiated Android crowd? Does the app offer competitive features to pitch the Android users who’ve never used a BlackBerry and don’t give the developer the credibility based on BB users feedback alone? Let us see the app a little closer. 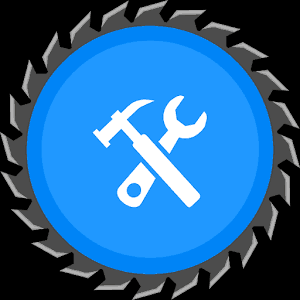 Power Tools has 10 modules, some are functional, others purely informative. For example, the System Information module provides you with a detailed overview of your device’s specs, like manufacturer, cores, memory, battery health, display and the like data you might need one day to be outlined for you in a clear, concise manner.

Another note before we delve into more detail on each of the modules, the app pass lock feature is only available for Android Lollipop and up devices. 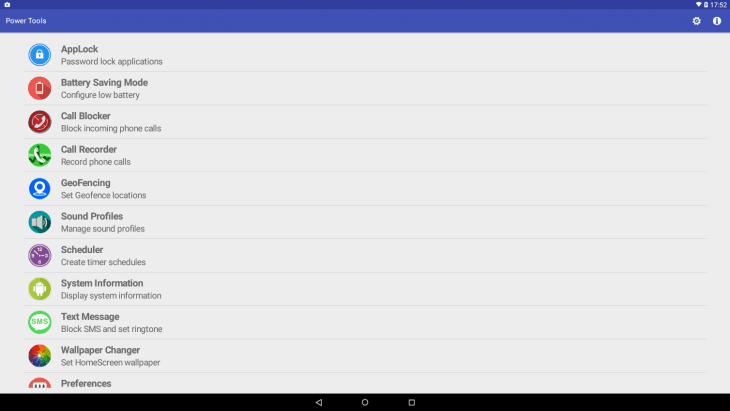 The AppLock module lets you password protect any app on your device. This works just fine provided your device is upgraded to Lollipop at least. On the other hand, there is a number of free Android apps that let you do just that, but they are quite narrow in their features, and focus on password-locking the apps mostly. There are exceptions, though. See our list of apps that have the password-protection for specific apps.

Geofencing lets you create trigger events based on locations you enter or leave. It lets you turn off/on WiFi, Bluetooth, launch an app, play a ringtone, set a custom sound profile, display a notification and vibrate. The module comes with an in-built map and you can use it to set the radius for the event. Expect the location feature to be power-hungry – it’s really not the app’s fault, but the problem of Android. 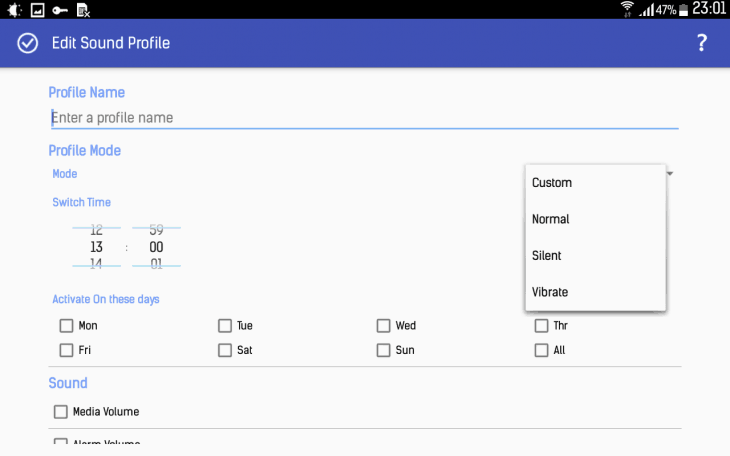 Scheduler is a Tasker of sorts, only I see it as in need of beefing up to offer the die-hard Tasker and IFTTT users something to hold on to. For example, when you create a schedule that would launch Music app at XX: XX on a Thursday, hoping that it would launch your current playlist, or whatever you have in the library, you are wrong. It just launches the Music app at the predefined time – the music is not playing.

If you want to use it as an alarm, you would have to choose a different action instead of “launch app,” which would be “Alarm.” And again, the performance leaves to be desired. When the alarm sounded off, it played the ringtone only once. It did not repeat, so unless you are very quick to wake up in the morning, I would not recommend to rely on the alarm feature. Or else, choose a lengthy ringtone. I did not see a snooze or disable button on my screen when the alarm played. 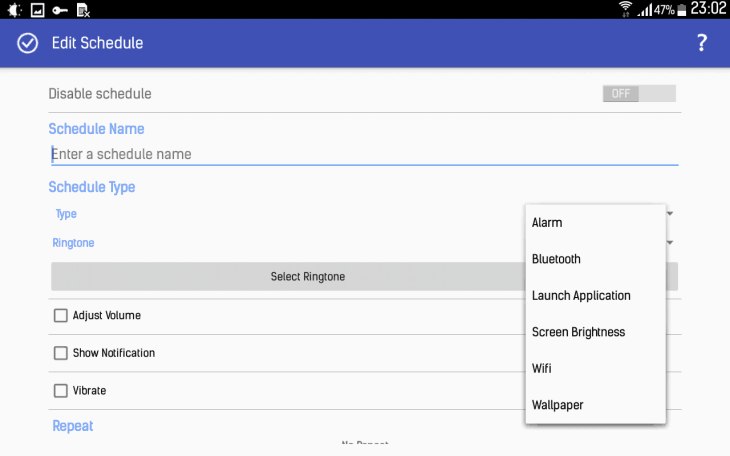 It did launch a game on a predefined time just fine. However, would I have known about it if my device’s screen were tapped by the magnetic case? When the scheduler launched the music app and the tablet’s case was shut, I did not hear a beep. So, Scheduler feels a bit raw, and needs more fine-tuning.

Among other actions you can choose to schedule is to turn on or off Wifi, Bluetooth, launch an app or set screen brightness. As opposed to the Geofencing feature, Scheduler is based on time and day of the week. You can also create recurring tasks.

Wallpaper Changer lets you set the time intervals for the app to change your wallpaper randomly, or sequentially. You can also set the app to apply Sepia, Black and White or Normal filters. You can select a specific folder for the app to pull images.

The app’s settings let you enable the Shake feature and use the gesture to stop the alarm ringtone or hang up. 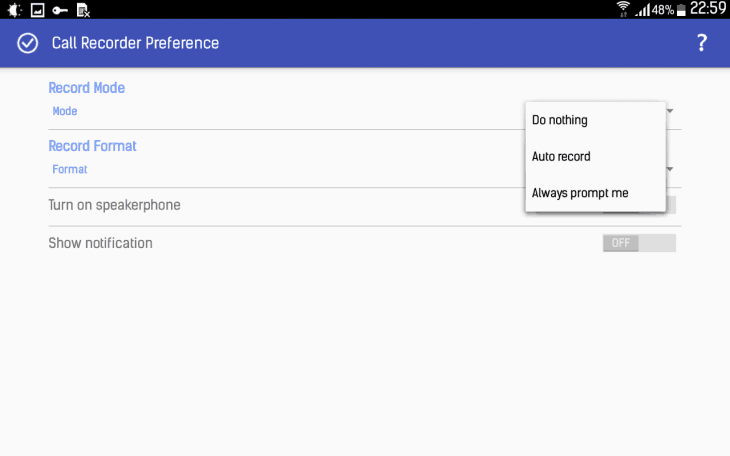 The Call Recorder feature is a neat one. You just need to head over to the app, choose Call Recorder and set the rules for the app to record all calls at all times, or display a prompt every time you receive a call. Or, disable the feature, which is the default setting. It feels like with the overall capabilities of this app, a feature that would allow users to add specific numbers for which they want to record the calls is missing. But I might be over-demanding.

The Call Blocking module lets you choose the action “pickup and hangup” to prevent the caller from leaving a message in your voice mail. You can pre-select contacts, or block any incoming calls, unknown and private, if you want to go deeper underground. You can also pre-program the module to block numbers in batches, like all numbers from 800, you get the idea. 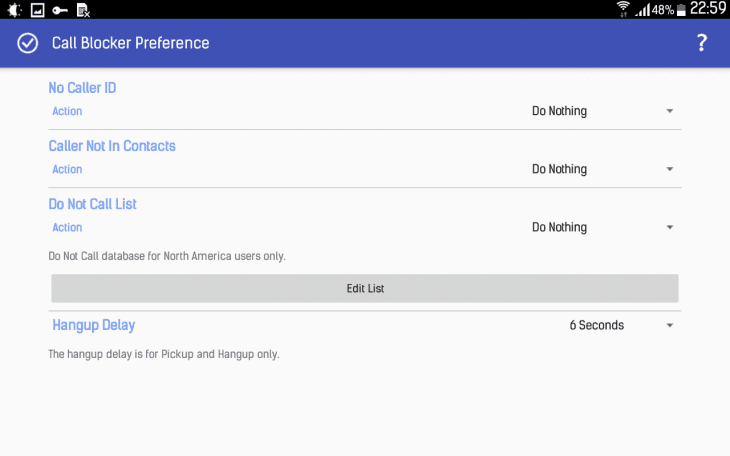 The Text Message module lets you block the incoming text messages provided you are using the stock Android app. If you are using third-party apps, there might be an issue, or a mix of issues. Overall, if you suffer from an avalanche of spam messages, you may want to try it. 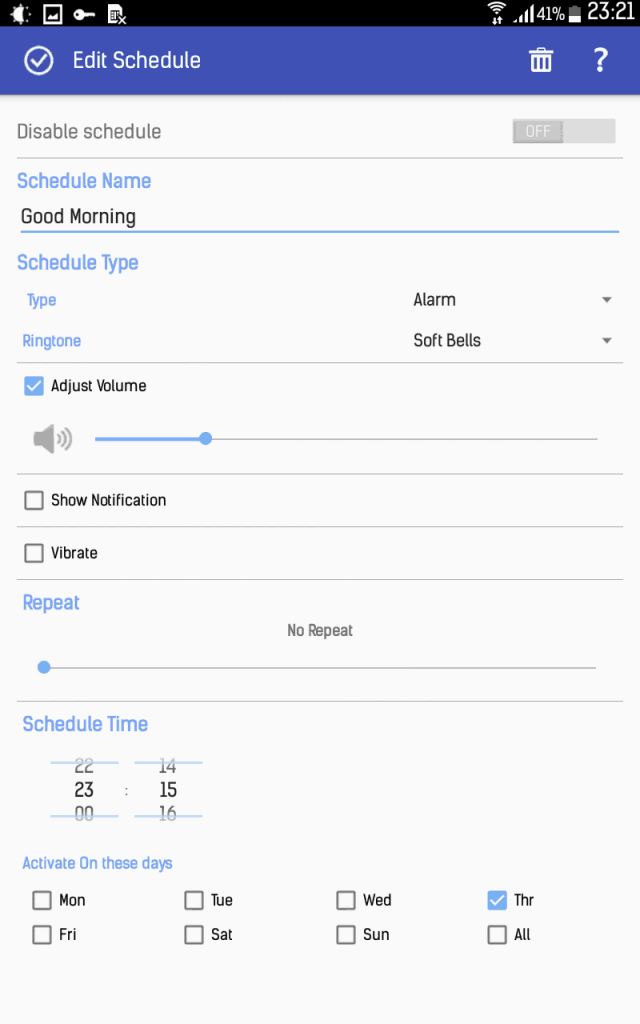 Now, the BlackBerry users mostly endorse the developer, while the newcomers may feel wary of the extensive permissions this app requires. They are all rather legit and justified, though. The app works offline, so if you want to block it with a firewall, it will function, but will cripple some of its features.

Having said all that, the app is solid, but I see it leveraging the audience in migration from BlackBerry to Android, while the long-time Android users, especially those savvy with Tasker, might pass. At least, for now.

Design and UI-wise, Power Tools is not in line with Android’s Material Design, which may be good for Material Design skeptics, but might be a turn-off for the rest. On the other hand, the app has a very neat setting that lets you change the in-app font and its size. The UI is mostly intuitive, but sometimes two different areas in a window would take you to the same destination. So, it takes a little getting used to, but the neat Help pages do help, indeed. 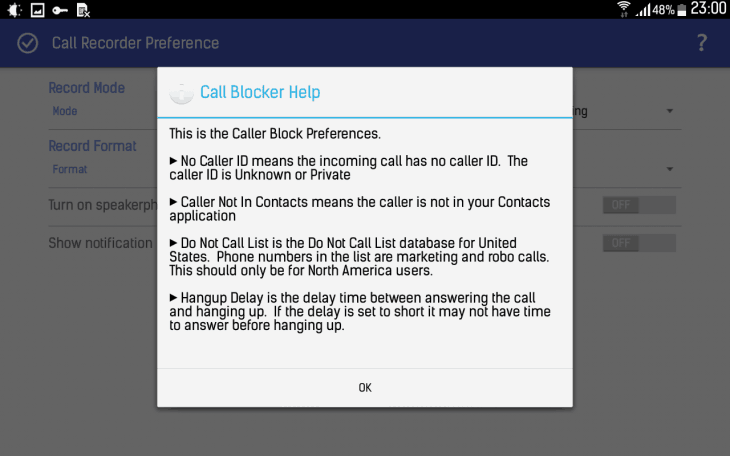 Power Tools app brings some wonderful functionality and ease of use for non-savvy users. It just needs a little more polish and features to give it the competitive edge on Android it deserves, because the first thing it makes you think is how it compares to Tasker, or a free alternative Automate by LlamaLab, which actually lets users select to grant the app the permissions it needs to execute the tasks a user needs only. As of now, Power Tools is nice, but its niche is saturated with long-term players. It would perhaps benefit from a 7-day free trial version to tempt more non-BB users to try it.