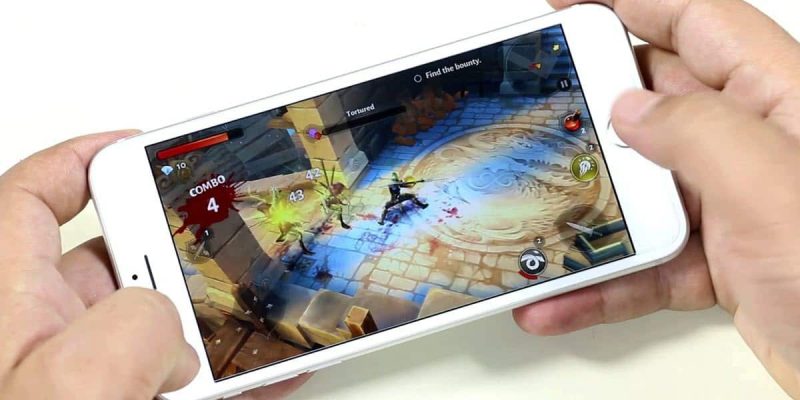 More often than not, a free game means ad-supported. After all, developers do need to make a living somehow. But what also happens a lot is these banner ads are cleverly placed making it easy to mistakenly click on them when all you were trying to do was to swipe. There’s a clever way to prevent accidental ad clicks in iOS games (and apps for that matter) so you can enjoy a seamless experience as you’re playing your favorite titles.

The most annoying thing about accidental ad clicks is they will interrupt your current gaming session to take you to another screen, typically a web page or an iTunes app. The trick I’m going to show you will prevent accidental ad clicks in iOS games, without actually blocking the ads. The banners will still be shown but clicking on them will have no effect.

While I’m sure most of you would unlock an ad-free version of a game you love via an IAP, some of them do not offer this option, in which case you can use the method shown below.

Guided Access is a powerful and often ignored iOS feature, which can be used for many things, including as a customizable parental control solution. However, for today’s post, we will use it to prevent accidental ad clicks in iOS games and apps. 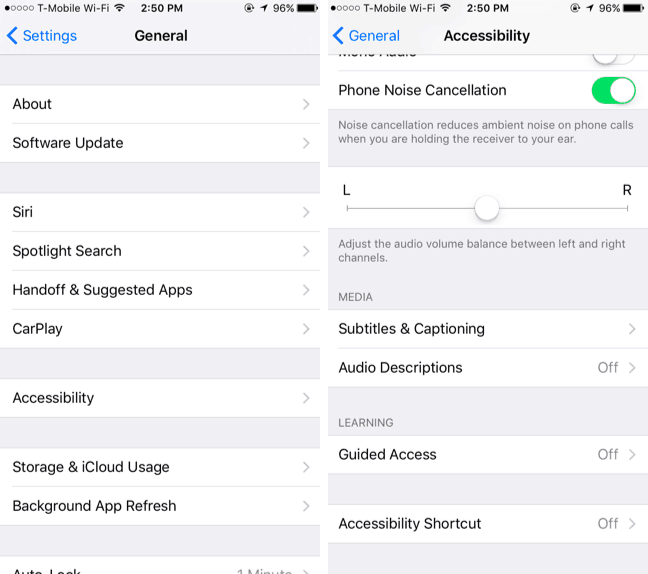 The first thing you need to do is open the Settings app and navigate to Accessibility. There, locate the Learning section and tap on Guided Access. 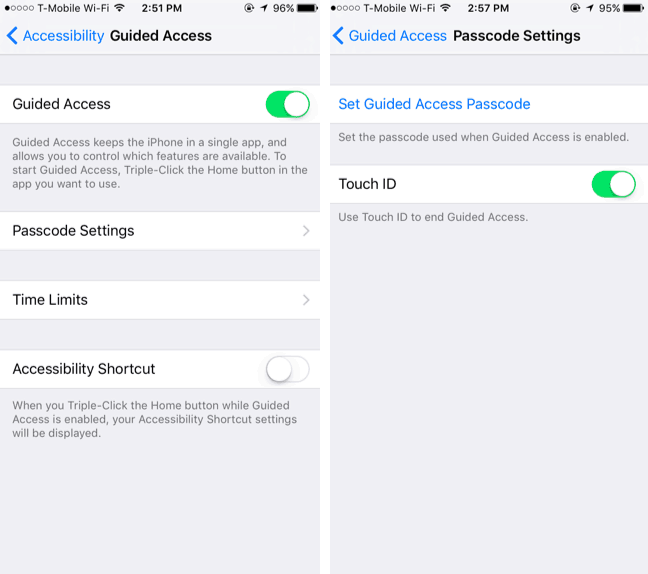 Now toggle the switch next to the ‘Guided Access’ option at the top of the screen and a few options will be displayed. Select ‘Passcode Settings’ then tap on ‘Set Guided Access Passcode’. The passcode you enter can be used to enable Guided Access when needed although using Touch ID is also an alternative for those with iPhones and iPads that come with a Touch ID sensor. 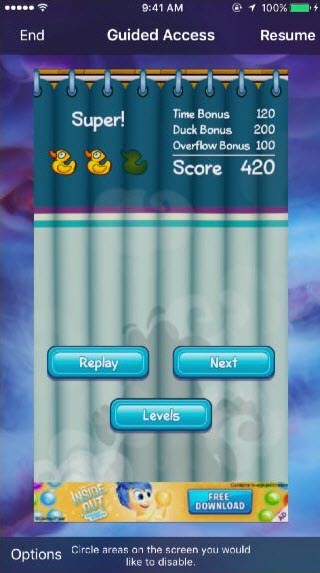 Now all you have left to do is to start using your newly enabled Guided Access. Open a game you want to play and press the Home button three times in rapid sequence. This will bring up the Guided Access screen, after which you need to tap on Start.

The Guided Access interface lets you circle any region on the screen using your finger to disable it. So if you circle some ad banners and press Resume, you will be able to play the currently open game without worrying you might click an ad by accident. Even if you do, the add is disabled and nothing will happen.

And even if you’re to exit Guide Access and re-enable it in the same app or game at a later time, the feature will remember the settings so you don’t need to circle the ad banners again.

If for some reason you want to interact with a disabled area of the screen, you can disable Guided Access by clicking the Home button three times again, to open the interface, then all you have left to do is tap the ‘X’ option.

And if you want to exit Guided Access mode completely (which needs to be done if you want to leave the current game or app), simply click on the Home button three times in a row and enter your PIN or if you opted for TouchID, place your finger on the touch sensor.