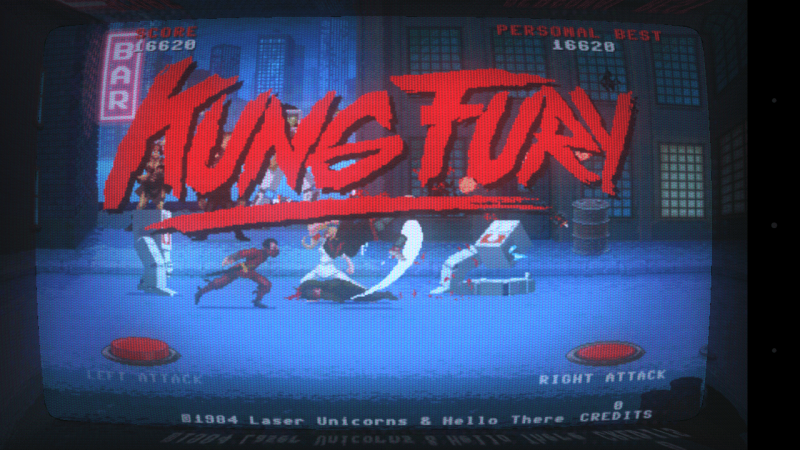 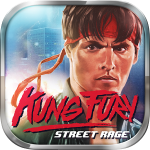 Though Google’s I/O keynote stole the spotlight in internet blogs around the world for the last couple of days, something far more important happened that will have even more long-lasting consequences in our lives: David Sandberg’s Kung Fury, the crowdfunded homage to everything good about the 1980s, was released on YouTube. If you have not watched it yet, I suggest doing so as soon as possible. After you watch the video embedded below, continue to find out more about the official tie-in game. Some spoilers will follow.

Now that you are a bit more familiar with the glory that is Kung Fury you might want to recreate the experience of the film by playing the official mobile title. The game wants to recreate the scene where the titular protagonist destroys the Nazi army and brings down Hitler in what is probably one of the best fighting scenes to have ever existed. The game has no levels, bosses or other standard video game concepts so you will just have to beat up as many Nazis as you can in order to rise in the leaderboards and boast about your Kung Fury prowess. 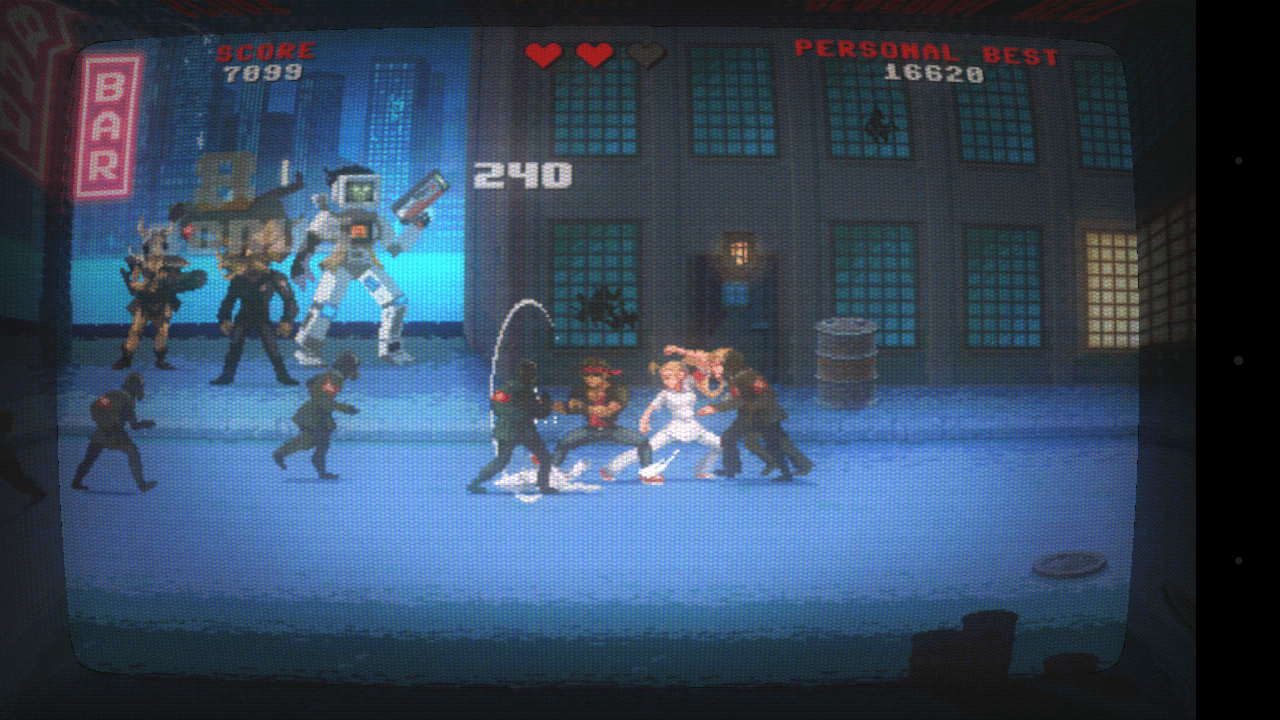 The gameplay is fairly simplistic as you will only have two controls to attack in the left and right directions respectively. The challenge of the game lies in being precise with your timing so that you can destroy your enemies with style with moves that include decapitations, crotch punches and flinging enemies like you are competing in the Olympics. Enemies will constantly come towards you and you have three lives so getting hit three times means game over. All the enemies have different attacks and defenses and you will have to learn what each of them does if you want to stay alive. For example, an enemy might teleport in the other side after your first attack so you will have to be wary of their abilities. 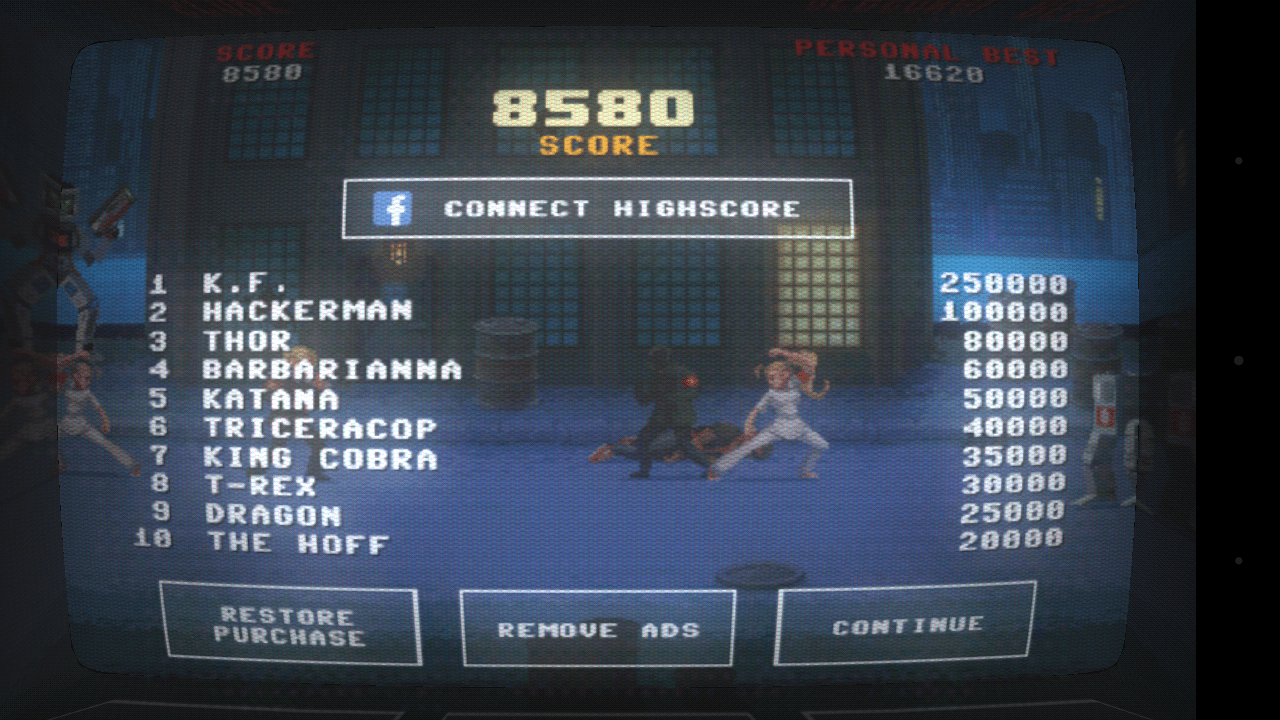 Though the game itself might not amaze you, it oozes charm in every corner. The art style and general aesthetics will remind you of all the arcade action games you played in the 80s and 90s while the music is an absolutely remarkable mix of synth-pop and classic chiptune so you will be transported in the past either through the visuals, the audio or the perfect combination of both. Everything about the game is ridiculous but I am sure you already understand that, especially if you watched the movie. 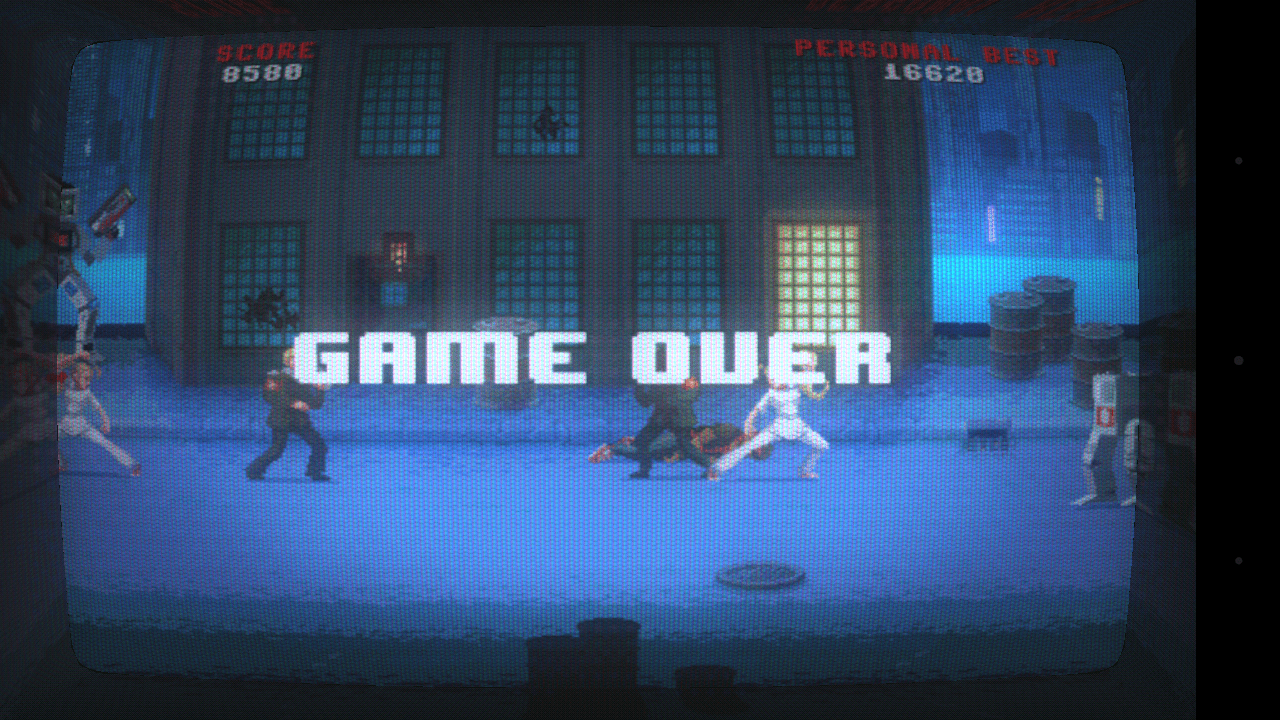 The online leaderboards provide some extra incentive to do well if destroying Nazi enemies is not enough for you and since the game is free, I am sure you can waste a few minutes of your time playing it. Not everyone enjoys the exploitation genre, of course, but Kung Fury does so many things right. The only in-app purchase you will find in the game costs $2.25 and will remove ads forever, a price worth paying if you want to support the people behind the film and the game.