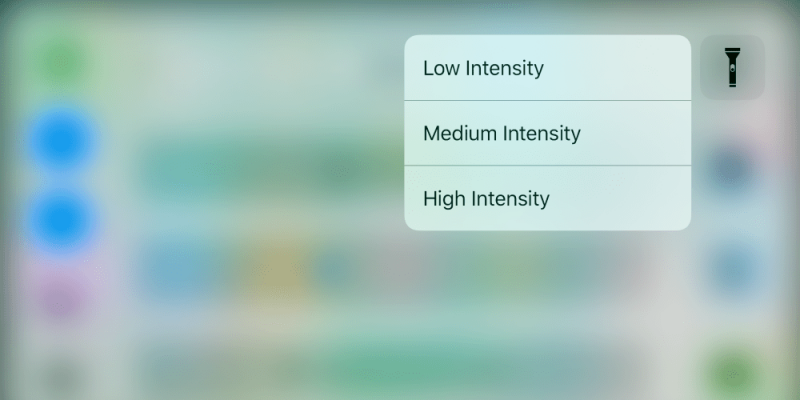 iOS 10 has a wealth of small yet useful improvements anyone can benefit from. Take the flashlight for example. It’s been around since iOS 7 and remained unchanged. Until now that is, since you can change flashlight brightness via 3D Touch on iOS 10.

Of course, this means you can use the new flashlight adjustments only if you own an iPhone 6s or 6s Plus, or plan on purchasing one of the upcoming iPhones. We can only hope Apple will work on providing a similar option which doesn’t rely on 3D Touch.

How to change flashlight brightness via 3D Touch

To change flashlight brightness using 3D Touch, you will need to swipe up from any screen to open the Control Center.

Then, 3D touch the flashlight icon and the quick options menu will appear.

Here, you can choose between Low, Medium or Bright Intensity and there’s quite a bit of difference between these three options, so you can easily adjust the flashlight intensity as needed.

Provided you use the iOS built-in flashlight at least every now and then, I’m sure you will find these options useful.

What other 3D Touch shortcuts do you rely on? Let us know in the comments section and don’t forget to follow us on  Facebook, Twitter and Google+ to stay up to date with the latest apps, games, guides and everything Android, iOS and Windows Phone.