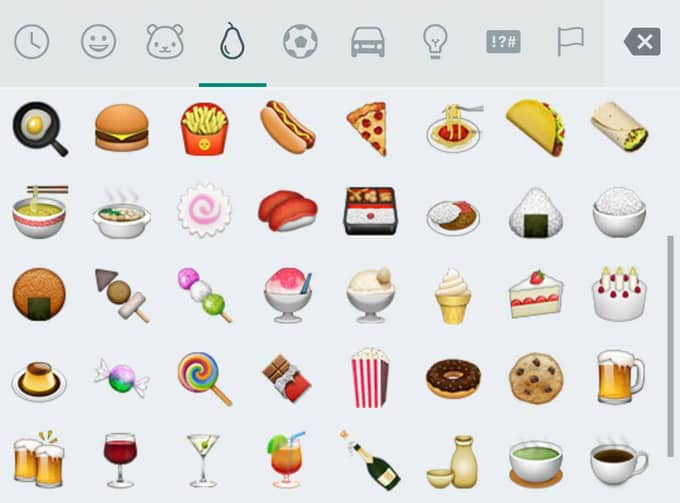 WhatsApp is constantly getting new features – while not quite on par with some of its more beefy competitors it does look like it’s on the right path. Not long ago the app was updated with rich link previews and the Android version received the option to star messages.

The latest addition to WhatsApp (starting with v. 2.12.374) is a new set of emojis to let you make your conversations more fun. Popular foods like the hot dog, popcorn, burrito and others, a spider, various medals, a unicorn and even the controversial middle finger among others are part of the new emoji collection.

The Unicode 8 set containing these emojis is already available on iOS starting with the newest 9.1 version and a part of them will roll on stock Android on Nexus devices next week. Until them you can have fun with them by downloading WhatsApp v. 2.12.374 (or a higher version if you’re reading this at a later time).

You can get it right now from the app’s official website (download link) or check out if that version is already available for you in the Play Store (the update may still be rolling out in some regions).

Once you update the app you can try out the fresh emojis. Just remember the other party won’t be able to see them unless they’ve updated WhatsApp as well.