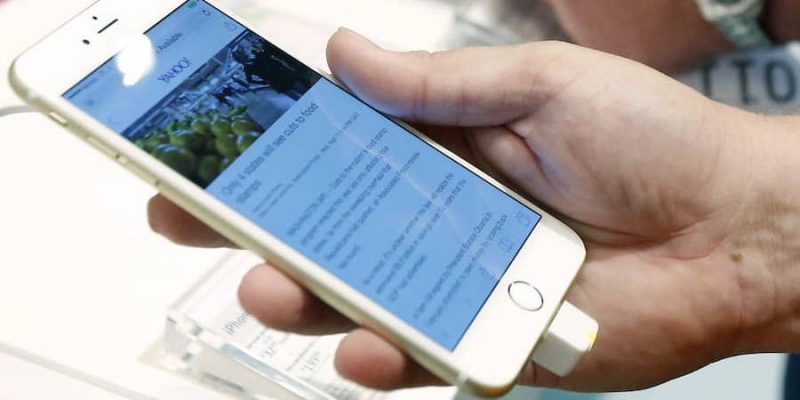 At its core, web browsing is pretty much the same on smartphones and tablets as it is on desktops. Nevertheless, using touch gestures and the smaller screens of mobile devices make it so toolbars and options are out of the way as much as possible and show up only when needed.

For a very long time, Safari would let you jump to the top of a webpage via a tap on the iOS status bar. When iOS 7 became available, Safari received a new feature to improve web browsing: the toolbars from both top and bottom of the screen disappear while you’re scrolling down a page and they’d show up again if you scroll back up a bit.

The faster method to make the toolbars visible again in Safari is definitely not new, but it is one of those features that can take years to discover because it never crossed your mind to try something like that. Here’s how it works:

Launch the Safari app on your iPhone or iPad and open a website.

Scroll down to make the bottom toolbar disappear and the address bar to minimize.

To make the toolbars visible again just tap once at the bottom of the screen. It’s stupid easy!

And also something you might have discovered by accident….or not. Alternatively you can get the same result if you tap on the iOS status bar, although in my opinion, it is a bit easier to randomly tap somewhere at the bottom of the screen.

Were you aware of this trick and do you remember how you found out about it? Share your thoughts in the comments section and follow us on  Facebook, Twitter or Google+ to stay up to date with the latest apps, games, guides and everything Android, iOS and Windows Phone.