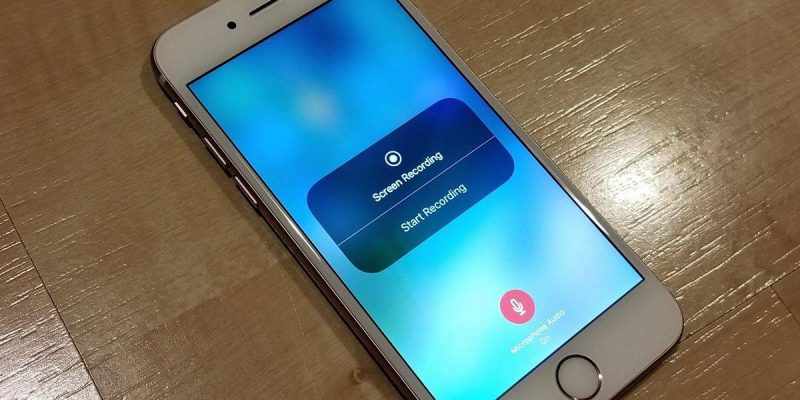 While iOS is highly functional, until the latest update there was no simple way to record the screen. You could either connect your iPhone to a Mac and use QuickTime player or use an unofficial app.

We discussed recording the iPhone or iPad screen without a computer in the past but most third-party apps that made it possible didn’t have a straightforward installation. Finally, you can record your iPhone’s screen in iOS 11 without jailbreak or a computer.

iOS 11 introduced a stock “Screen Recording” tool that lets you record videos of your iPhone’s screen, but also record audio. The recorded videos are saved to the Photos app and from there you can perform some basic editing if needed.

The reason it’s called the Screen Recording tool is because it’s a function, not an app. It has an option for the Control Center but it’s not enabled by default.

Go to Settings -> Control Center -> Customize Controls. Scroll down a bit until you find the “Screen Recording” option and tap on the green “+” icon next to it. This will add the option to the Control Center.

The Screen Recording control shortcut should be available in the Control Center at this point. To start recording the screen simply tap on it.

If you want to also record audio along with the video, long press or 3D Touch the tile and a dedicated control window will open. There, tap on the microphone icon to enable audio while screen recording and then select “Start Recording” whenever you’re ready.

Regardless if you start the recording directly from the control tile or from its dedicated window, there will be a three-second countdown before the recording begins.

The status bar turns red while a recording is active. It’s also worth mentioning that the status bar will also show red in your recording and there’s no way to disable this. However, I’d say it’s a minor compromise considering we now have native screen recording in iOS which is much more convenient to use compared to any other method.

To stop the recording process, bring up the Control Center and tap on the Screen Recording icon. You can also 3D Touch or long press the icon and then tap on the “Stop Recording” option. If there’s a red recording indicator in the status bar, you can also tap on it then select “Stop”.

As soon as the recording is stopped a notification will be displayed and you can tap on it to jump to the video in the Photos app. Nevertheless, you can also manually navigate to the video which is saved in the Video and Camera Roll albums of the Photos app. 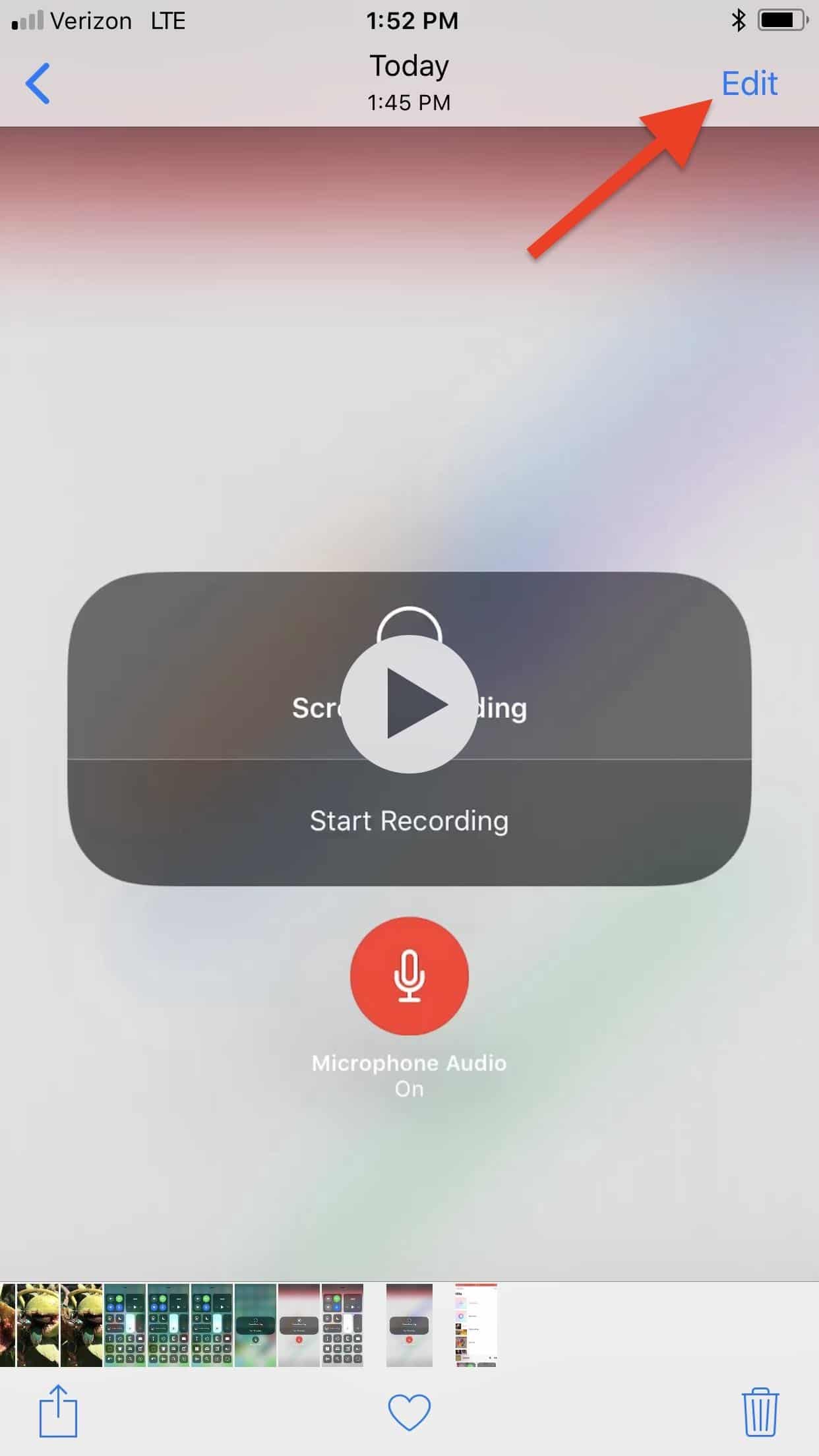 At this point, there’s not much left to do except edit the video if such is the case. Open the video in the Photos app and tap on the “Edit” button to access the related options. In editing mode, you can use basic tools. Simply tap on “Done” when you’re finished and select “Save as New Clip”. This option will save the edited video to a new file, preserving the original video.

Have you tried to record your iPhone’s screen in iOS 11 using the new Screen Recording tool and what features would you like to see added in the future?