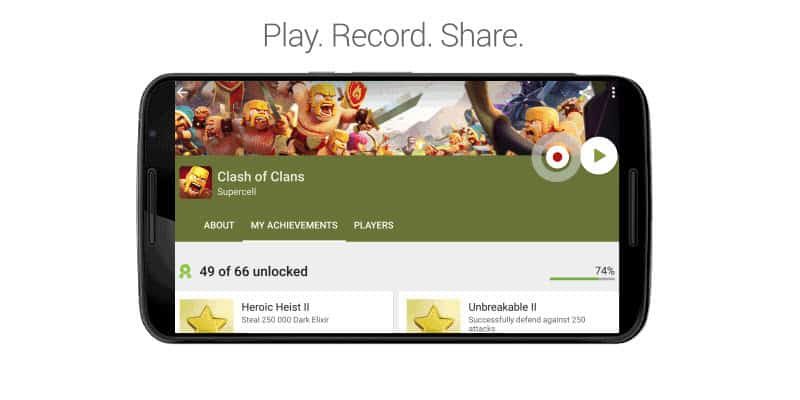 A few days ago, Google updated the Google Play Games app with support for video recording and publishing. It’s not meant to replace the YouTube Gaming app as it doesn’t offer streaming capabilities. Think of it like Google’s way to make gaming an even more important part of YouTube and possibly a way to draw in more YouTube Gaming users from the competition.

Here’s how to do it:

Recording in Google Play Games is very simple, but keep in mind if you need streaming capabilities, you won’t find them here, and in that case Twitch or YouTube Gaming would be more appropriate solutions.

The resolution options for recording are a bit disappointing at the moment since you can only choose between 720 or 480p resolution. There are plenty of quad HD and 1080p smartphones that are capable of recording at 1080p resolution and such an option would come in handy.

However, considering gameplay recording has only recently been added to Google Play Games, we’re sure Google will make 1080p available in the app at some point. If this works out well, we could see a big boost in gaming content on YouTube, that can also be seen on YouTube Gaming. It’s still far from Twitch, but Google seems set on the right path.

What do you think of the new gameplay recording feature in Google Play Games? Do you plan to use it? Leave a comment below or send us a message on Google+, Facebook or Twitter.