The genre veterans call it the blast from the past, the finicky 3D aficionados call it outdated, but we, the simple mortals call it retro. The 7th Guest Remastered is a complete port of a 1993 CD game, which was a benchmark in puzzle adventure games of the time. Some 20 years later, the developer MojoTouch ports it to Android in a full remastered version, with the scripts, music, the novel itself and Stauf’s files. It’s a smooth transition to mobile, which preserves the game’s style, looks and feel, as well as mind-bending puzzles.

I’d say – not for the easily scared. Even though the horror genre has poured loads of dirt onto the players and we became tolerant to all sorts of perversions, the stories about the children and the mean, old men remain equally sick as they were 20 years ago, no matter how you present them.

Stauf is a murderer. He doesn’t kill for love or big money – a purse with some pocket cash is what he kills for, and he does it with hatred and rage only psychos do. Life has turned its back on the ugly mug of Stauf, and in the moment of his lowest descent into the nothingness, a dark entity came into contact with him.

Stauf started dreaming of children’s toys, and the visions he had were so detailed they allowed him to make those toys and sell them pretty good. In no time, he opened a shop and became the richest man in town. Every child wanted to have his toy. At some point, the children got sick with a mysterious disease, and Stauf knew his end was nearing. He dreamed of his final creation – a house of horror he built to let people in, but never let them out.

Once the house was ready, Stauf invited six guests from the town’s inhabitants he knew. As they gathered around the dinner table, a deal was offered to them – whoever wins gets his most desired dream made true, but there can be only one winner. The rest must die. The task is to find the 7th guest, who is a boy named Tad, wandering around the house. He entered the house in a dare game with his friends. Whoever brings Tad to Stauf is the winner. 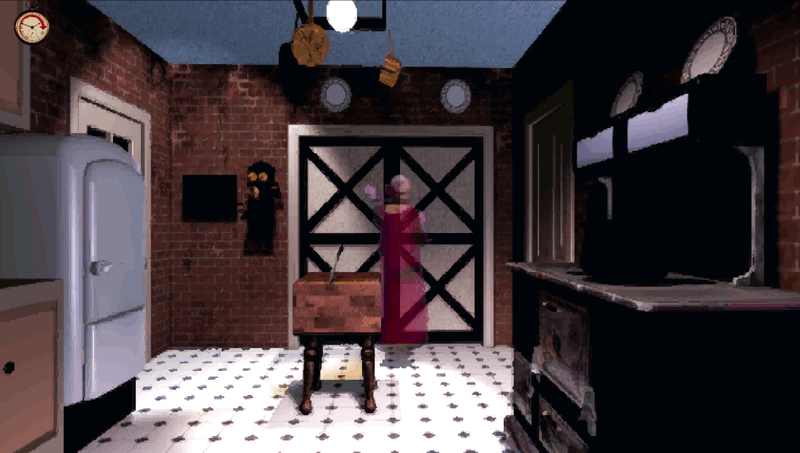 As you would expect, Stauf is nothing like the Godmother fairy, and his plans about the boy were plotted by the devil himself. The story of the seven guests ended up pretty badly. Everyone killed everybody, and the last one standing dragged the boy to Stauf’s attic. The boy tried to escape, but Stauf, having turned into the otherworldly creature, gobbled up the boy’s soul and killed the winner. No prize was ever awarded.

The aim of the game is to unravel how all that horror story evolved, discover the boy’s trapped soul and set it free. You don’t know who you are playing as, until the very end. 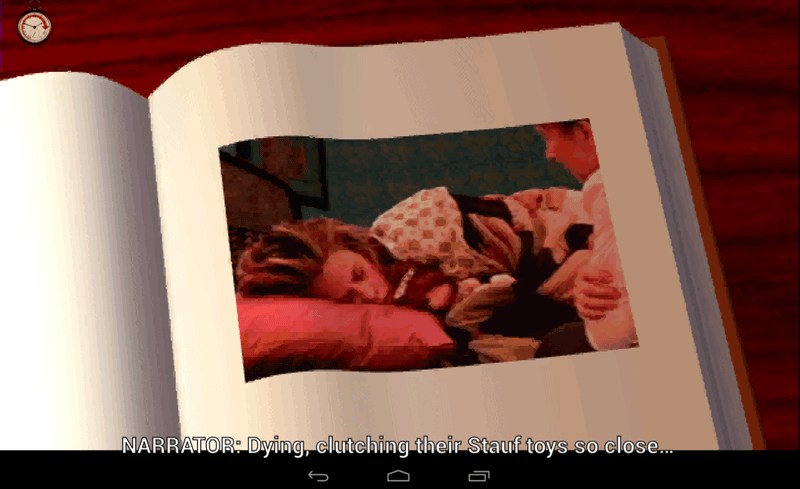 The game comes with full motion video cut scenes, with actors, voiceover, music. The lines are neatly accompanied by subtitles, so you don’t skip a thing. You can, however, skip the introductory cutscene. It’s worth noting the game is fully translated to 6 languages. You will be doing some reading, some watching, some wandering around the house and lots of puzzle solving.

The charm of the game is that it doesn’t tell you what to do. It feels perfectly Saw-like – you know you are going to die a horrid death, you can’t get out, you have tons of mind-bending puzzles to solve and a crazy voice haunting you wherever you go. If you don’t turn off the music, you can literally get a rush of adrenaline and an anxiety fit. In this respect, the game is wonderfully atmospheric. 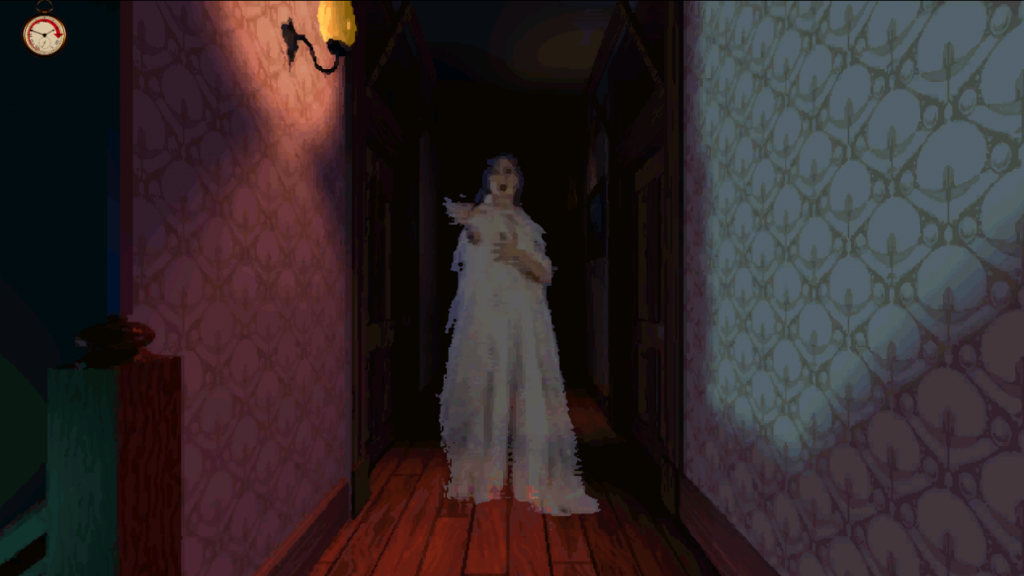 So, you enter the house, watch the cut scene and start looking for the first puzzle. Not knowing what to do, if you are a newbie, you can spend a good while trying to find the first one available. There are 22 rooms, each with a devious puzzle, but the next one opens only when you solve the previous one. I, for one, had to get back to the game several times straight before I understood you had to start from the ground floor, instead of climbing up the staircase. Anyway, when you find those puzzles, you will first need to figure out a pattern, a key, something that would make sense – because the game does not explain the task, nor does it give you the instructions. You just see some cans on a shelf and hear a very annoying voice telling you – there’s more to the cans that meets the eye. Then you start tapping them, and see that you can switch them, but what kind of pattern they should make is a mystery.

There is a glasses icon to the top right, and if you tap that – it will show you the pattern, but in some cases that is not enough to wrap your head around the challenge. Now, I am reading in the original game’s description that there was supposed to be a book, which, when addressed, should give you tips. Take two tips, and if you still fail and address the book for the third time – it solves the puzzle for you and skips the cut scene. However, I could not find that feature, so when I am stuck on a puzzle, I am stuck till I figure that out.

There are two options for the controls – touch and original. I can’t say moving around the house is smooth because you can tap left or right, but you can’t control the degrees you’re turning – the game has pre-defined routes you can go. So, until you get used to that, you may experience a stab of annoyance. However, when you accept the inevitability, you can start enjoying the navigation.

The UI needs a little getting used to, too. You need to save your progress before you quit. Otherwise, you will lose it. As for the rest, it’s pretty straightforward. The main menu lets you mingle with the settings, continue the game or start a new one, and access the extras, which are fine and quite worth diving into. I am quite enjoying the original novel, with its concise and ruthless descriptions of violent scenes. You also get the full track list of the original and the new game, so you can enjoy that outside the game, if that’s your style, of course. Inside the house and the rooms, you won’t see the interactive areas. You can long-tap on the screen to have them highlighted to you for a short while, but that doesn’t seem to help much – it’s still confusing at times. In your right bottom corner, there is a map, which shows you the breakdown of rooms on your current floor. The brown rooms are those with the solved puzzles, the beige ones are those that are yet to be solved.

Overall, it takes one or two puzzles to get you in the mood for the game, and in the know of the UI and controls, so bear with the game – it’s worth it.

I’d say, it’s moderate to hard. The challenge is to figure out what the heck it is that you’re dealing with, and the game likes to leave you clueless. It’s a game for the inquisitive minds. Also, it’s different from the other point-and-click adventures, where you have to solve puzzles to collect items you can then use in the next puzzles. Here, every room is self-sufficient, but every puzzle is fiendishly devious. However, once you figure out the key, it’s easy to finish the challenge.

Some say the full motion video cut scenes are long history, and the 7th Guest could win from a 3D makeover. I disagree because it’s fine to me just the way it is – old school and original. Yes, the images are low-res and low quality, but they’re ghosts and freaks, so the misty and foggy and pixel images make them look even creepier.

Some particular elements stand out and look amazing(-ly horrible) like that picture on the wall with the hands of someone trying to get out, or the vintage design of the entrance door, or the seconds when the guests’ faces seem to have a glitch and look like skeletons. The music is painfully anxiety-inducing, so I chose to play with it disabled. Overall, the 7th Guest is an atmospheric, nightmarish experience that made me feel very uncomfortable. You will enjoy it if you like long-lasting adventures that tickle your nerves. Stauf’s voice is desperately annoying, especially as he screams “Come baaack!” as I quit. I have not experienced any glitches or bugs so far. The UI and controls are responsive.

The 7th Guest Remastered is an Android-exclusive, premium title without IAPs. For $6 you get loads of gameplay time, and a remarkable deal of extras – the original novel, the original script, Stauf’s files and the complete set of music tracks, old and new. When you are finished with the game, or in the middle of it, you will certainly enjoy the book, which costs more than the game if purchased on a separate basis. 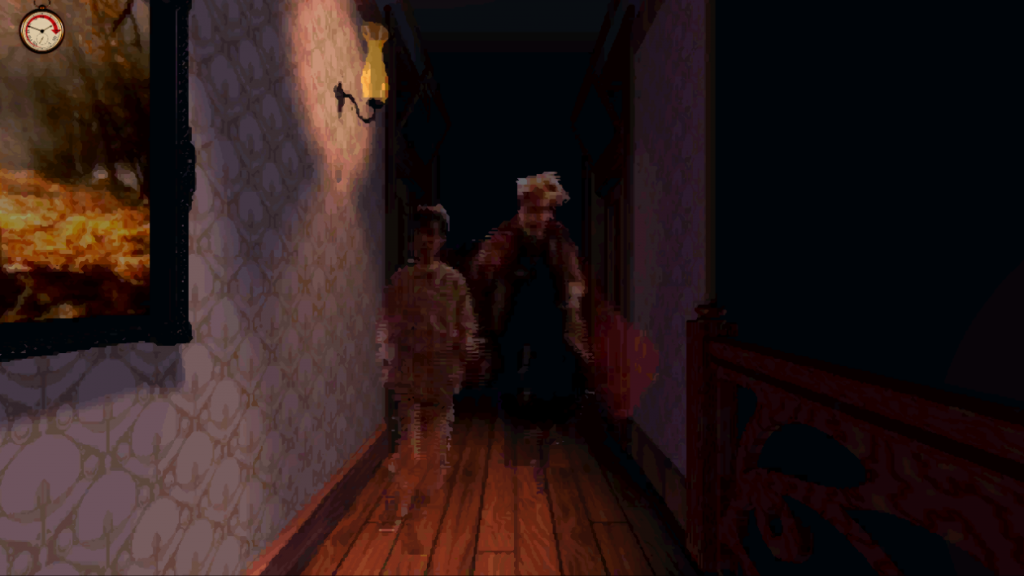 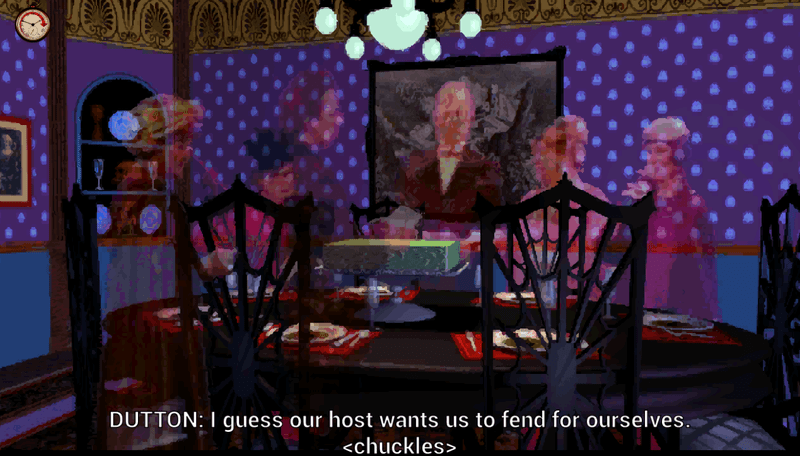 The 7th Guest Remastered is an unusual game in many ways – it’s retro and old school, but unlike the new games that are made feel like retro, this one is genuinely original, just ported to mobile. Those who played the original game and would like to revisit and feel that nostalgia, as much as those who like that epoch in the horror genre will love the experience. The game is eerie, atmospheric, anxiety-provoking and pretty hard at times. If you’re on the fence about this one, I’d recommend you should go for it. Without a doubt, the 7th Guest Remastered is a work of art.