This is one of the best flight simulation games I have played on a mobile device thus far – it’s intuitive, yet has a learning curve; realistic, yet lightweight on your device’s battery and resources; fun, yet challenging. If you are into sim games, try it out!

This game has a lot to offer to both sim newbies and pros. Based on Rortors native flight engine, F18 Carrier Landing, the game features smooth graphics and realistic gameplay. It’s immersive, challenging and addictive. 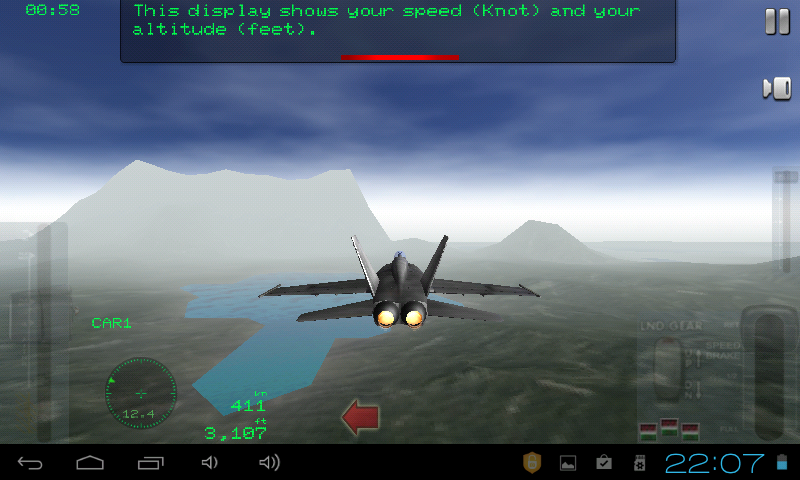 You are a navy pilot flying an F/A-18 Super Hornet aircraft on various missions – from training to combat and rescue. There are ground attack and landing operations where you will have to destroy oil tankers and warships, escape attack of the enemy guns and helicopters, shoot your missiles and guns, refuel in the air , avoid radars, shoot thermal bombs to escape enemy missiles and more.

You can download custom-created missions from Air Navy Fighters online community, which gives you a virtually unlimited number of missions.

Moreover, you have a scenario builder that allows you to design your own custom missions, adding targets and terrain. 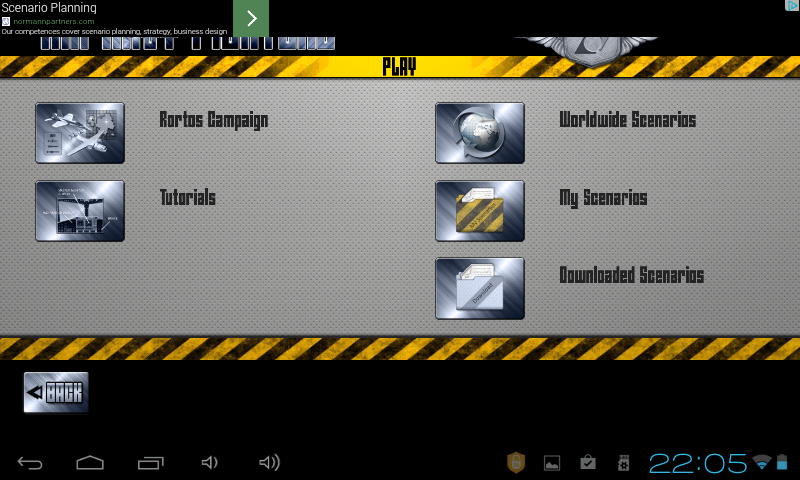 The controls are numerous, and newbies will need to go through training missions, which give you a fast and comprehensive introduction to aircraft controls, view modes, requirements and recommendations.

Truth be told, Air Navy Fighter offers the best tilt control a flight sim game can offer – responsiveness can be adjusted, but the defaults are just fine, too. You won’t be fighting the controls, believe me.

There are several missions available by default and you can choose whichever you like, but if it is your first time with flight sim, start with Tutorials. Once you master the basics, you won’t have any difficulty taking off, but landing will require more practice.

On some missions, you have to shoot the enemy bases, while on others you will have to fly over the enemy territory, land on a small terrain and rescue your soldiers. Sometimes, you will have to go back to the carrier to refuel and recharge your ammo, sometimes you have to request in-air refuel. Overall, the gameplay is immersive, challenging and addictive – pair that with worldwide scenario access and advanced weather conditions and time of the day generator, and you get a polished, detailed and realistic combat flight simulator. 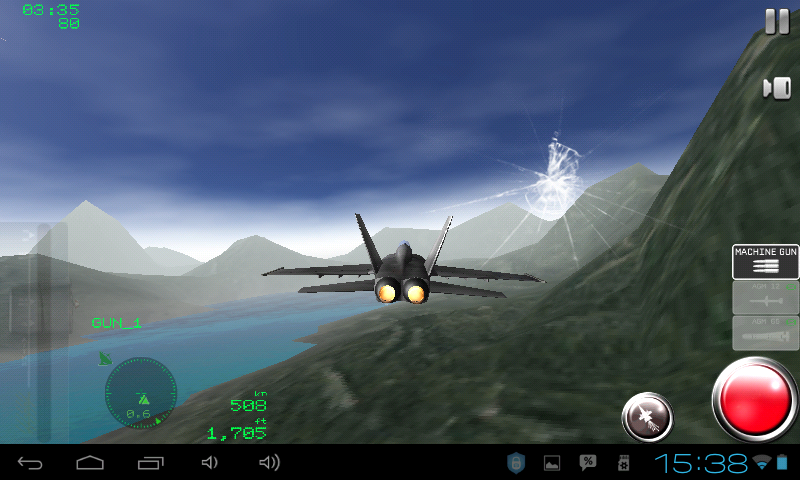 As realistic as the visuals are, it’s still good rather than stellar, and one little detail here is the visuals do not really convey speed. While your hornet goes nearly supersonic on high altitudes, the visuals do not convey that effect. Instead, you feel like you’re driving a comfortable car in the middle of a traffic jam.

Some game physics do not seem to take into account things like pressure, so you can make incredible maneuvers without sending your pilot to eternal limbo. Also, using radar to navigate is not the simplest way to get around, but that’s part of the challenge here.

The sound score complements the gameplay – it’s dynamic, non-intrusive and adds the right elements to the ambient at the right moment. 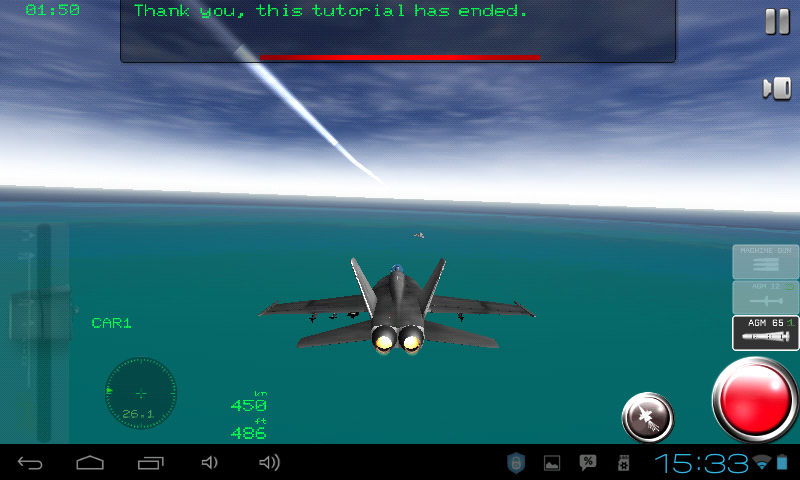 Air Navy Fighters is by far a superb flight and air combat simulator on Google Play. It will teach you tips, tricks and the basics of controlling the jet, and challenge you with some intense missions. The free version has one jet only, and if you wish more you can buy the Pro version. The game features well-balanced ratio of manual options and tilt control, realistic physics and graphics. You’ll have to practice a bit before you can succeed in a mission, but that only makes the game more realistic and the achievements more rewarding. By the way, the Pro version should still be on sale in Play Store. 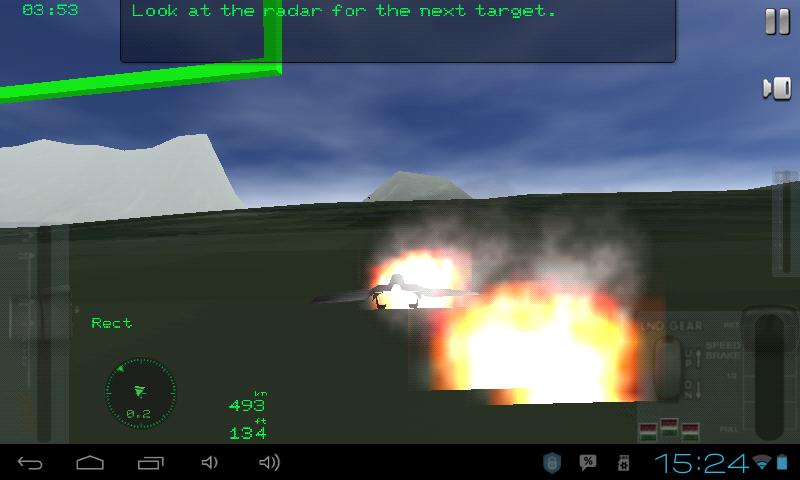