Edge of Oblivion is the second installment of Alpha Squadron from Martian Monkey and a wonderful tribute to the Star Wars Rogue Squadron, with some of the war birds bearing a striking resemblance to the 98’s PC and Nintendo game. However, if you haven’t played that classic game, you might be on the fence about the price, wondering if the mobile game is worth the $5 purchase. I would like to help you make up your mind by outlining pros and cons, read on.

First of all, the gameplay is like this – jump into your seat, buckle up and off you go, swooshing through the endlessly vast space, or some planetary landscapes. You may enjoy the story, or you may as well skip through all of the narratives since the core gameplay is to shoot down as many bad guys as you can. It’s always the good guys against some evil empire so that part is delightfully smooth. In other words, the gameplay is exactly what you might expect from a space shooter.

You can choose between the cockpit view and the third-person view from the back of your spacecraft, which offers more perspective. I would suggest you use the third-person view to come to the grips with the controls and the mechanics first. Once you sort those out, you should be ready to take down the enemy ships from the cockpit, which offers a more realistic sim experience of a spacecraft pilot.

The game offers three control schemes – gamepad, accelerometer, and on-screen buttons. The only fault that I’ve found with the controls is that the game does not remember your choice, and whenever you start it, you have to pause the game, go to Control options and re-adjust them the way you like.

I have played with all the three options and having a long-time antagonism with the accelerometer-based systems I even managed to enjoy this system, with the sensitivity set to the lowest. Actually, I found the lowest sensitivity setting is working the best for all the options mainly because too much spinning at these neck-breaking speeds gives me dizziness. I know, I was never meant to be a pilot.

Overall, the controls are great. You can choose the accelerometer, and have the on-screen buttons for shooting, or have it all on screen, in which case the movement joystick is to your left while the shooting buttons are to your right. As far as the controller is concerned, there may be an issue with mapping the buttons.

The Android version offers the players a sort of a demo version for free while the iOS release is premium by default. I totally understand the reasons to make the Android version accessible due to the great fragmentation of Android devices, as opposed to the iOS hardware.

Now, the free demo offers all the tutorials for free, as well as the first mission in the campaign mode. The demo has neither ads nor time restrictions so you can see for yourself the level of polish, the fun of the gameplay and the strain the game puts on your hardware if any.

As I just said, there are several tutorials available for free and you will be able to sort out the game mechanics in no time. You will learn how to maneuver, aim at your opponent, shoot, switch the camera views, play with the wingmen or solo. Do not ignore the calibration options if you are having difficulty controlling the aircraft. For me, the main challenge is to be fast enough to aim at the moving targets, but the challenge is mainly attributed to the spinning in the open space environments, where it’s difficult to tell where is up or down, except for the star systems or nearby planets or large stationary ships. Again, this only adds to the realistic feeling of a genuine starfighter and a decent challenge for the hardcore fans of the genre.

Overall, I find the game accessible, but challenging. Moreover, there are three difficulty settings – easy, medium, hard – and you can adjust them manually or let the AI define your skill level. The controls and the cockpit view are very immersive while the 3rd person view gives you a better perspective.

The game does resemble the style of the titular Rogue Squadron but adds the modern-day shades, textures, and particle effects, and the overall impressions are very exciting. I did have a feeling the game looked better when I was playing it rather than on the screenshots, and I could not find the explanation. Perhaps it’s the immersion effect that lets you appreciate the game’s virtues while on screenshots you’re basically squeezing your eyes to find faults. Overall, I am loving the slightly retro feel of the game.

Next on the list of the visual diversity is the great number of environments to marvel at. When in the open space, it’s not just some generic wallpaper of a starry Universe, but the varied views of the stars, constellations, planets and ships passing by. Sometimes you would just stop to marvel out your window. The same can be said about the planetary landscapes, be it an oceanic surface in the rain, or a Hoth-like snowy mountains, or the blood-red atmospheres, it’s all very fun, beautiful and highly immersive.

I did not quite dig the soundtrack, but I suspect that might be because I turned down the volume to concentrate more on the action.

Despite being a premium purchase, Alpha Squadron 2 comes with a few optional IAPs, and I’ve seen some of the angry reviews about the fact on Google Play. First of all, you should understand the IAPs are optional, and are not imperative to beating the game. Namely, you can buy a specific war bird, some powerful weapons, and such, but those will only make the gameplay a tad easier. So, the E22 Assault Fighter costs $2.99, so does the Hadian Warbird and Interceptors while an EC4 shuttle is $0.99. A small ammo pack will set you off $0.99, a medium – $1.99, a large – $ 2.99.

Overall, however, I see no reasons to complain about a premium game offering chapters of itself on a separate basis. It’s a long-established monetization scheme found in many premium games, and provided the sheer weight of the quality, the work and time dedicated to creating a robust space shooter like that, I say the game is worth the money. Whether to invest in IAPs or not, it’s your choice, but there is no paywall.

On the flip side, the total cost would amount to a decent number if you wish to buy the full game with the two campaigns and premium fighters and the extra weapons. 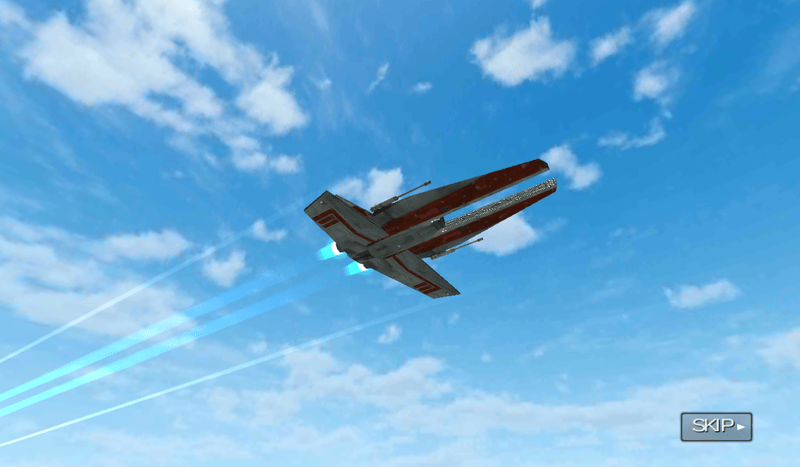 Edge of Oblivion is fun to play, there is no doubt about that. While some players may find the graphics slightly outdated, and the screenshots may look like that, there are some undeniable virtues to this game that make it an insta-buy for the right player. Considering how heavyweight a robust space shooter is, not only to download, but primarily to make, the decent ones are few and far between. Edge of Oblivion definitely falls into this category, offering a lot of prime content for the price.