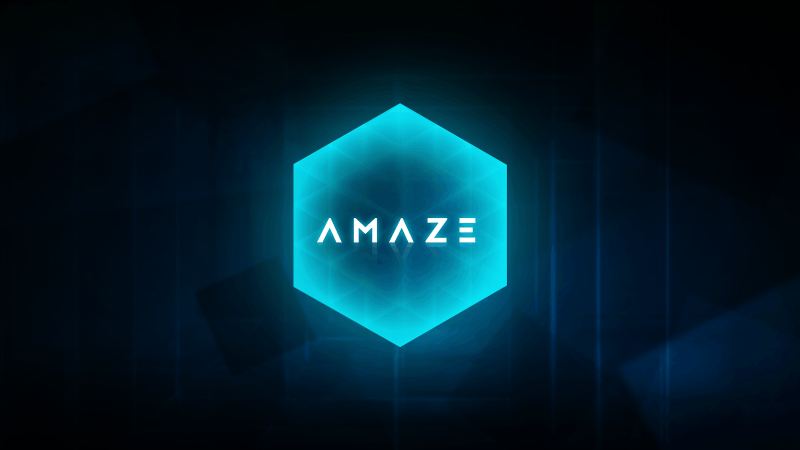 Amaze is one of the most challenging puzzles I have played lately. Perhaps, I won’t be able to beat it. It’s both disorienting and frustrating, and most of all, it’s a digital maze designed to drive you nuts. For some reason, it activates that piece of my brain I never knew I had – the one that causes panic and even nausea when I don’t see the exit. Or, I might suck at solving mazes. 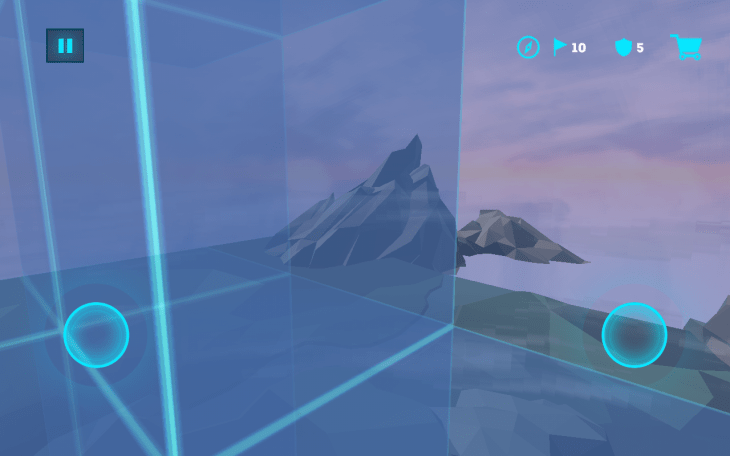 Remember the movie Cube? Actually, there were several Cube movies, where amnesiac strangers woke up locked in a hellish maze consisting of cubicles, and all the cubicles made a giant Rubik’s Cube only the geniuses could solve.

Well, Amaze is a sort of Rubik’s cube, and it traps you inside. You need to find your way to the platform that takes you to the next level of it. You can fall into a trap. Or worse… There is someone or something inhabiting the labyrinth and you won’t be happy to meet it. 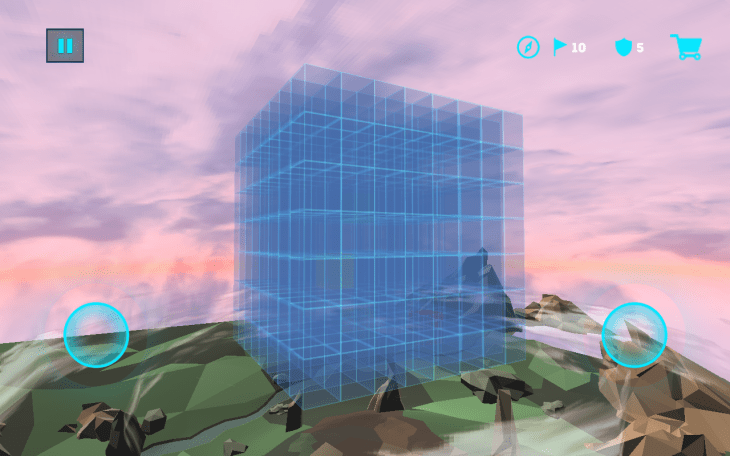 The main challenge is how the cube looks – it’s half transparent everywhere. The walls, ceilings and floors – it’s all pale blue-ish, neon glowing. Hence, it’s aggravatingly difficult to find the corridors you can walk. Don’t mistake this challenge for a flaw. It’s a great spatial skills test that can make the weak feel nausea. At the same time, it also trains your memory because every once in a while you will fall back and have to walk the same corridors over again.

Each level consists of one cube with several… well, levels you have to cover by finding the way from the red platform to the yellow platform that elevates you to the next level. It’s all very disorienting, and controls are critical for gaming experience. 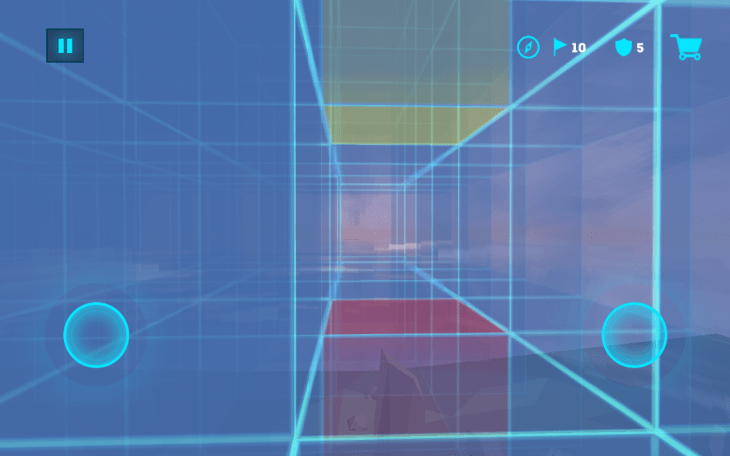 Unfortunately, as of now there does not seem to be a slider to adjust the sensitivity level of your controls, which is badly needed to reduce the disorienting effect. Besides on screen joystick you can use the swipe controls, which I found less intuitive. The developer is working on an update to bring the sensitivity calibration, graphics update and quite a few new features, so we anticipate that issue will be fixed soon.

Your main objective is to cover each maze as fast as you can, which can be quite a daunting task if your head is spinning and all you see is a set of transparent blue-ish walls closing in on you – very nice panic-inducing effect. At the end of each level, the game scores your performance and you get some stars. The stars will eventually let you unlock more content, like Ice or fire packs, with different designs, and some power-ups designed to make your experience a little less difficult.

The power-ups include a compass, shields, and markers. You can find some of them in the maze, too. The better you perform, the more chances you have of unlocking secret bonus areas with over 9000 blocks in them. Overall, Amaze features 90 enormous cubes with several stories in each. Trapdoors, elevators, holes, spooky and claustrophobic atmosphere – all that goodness is available on a free-to-play basis, and you can meticulously earn your way to unlocking more packs on your own. Or, support the development if you appreciate the immense potential of this game. 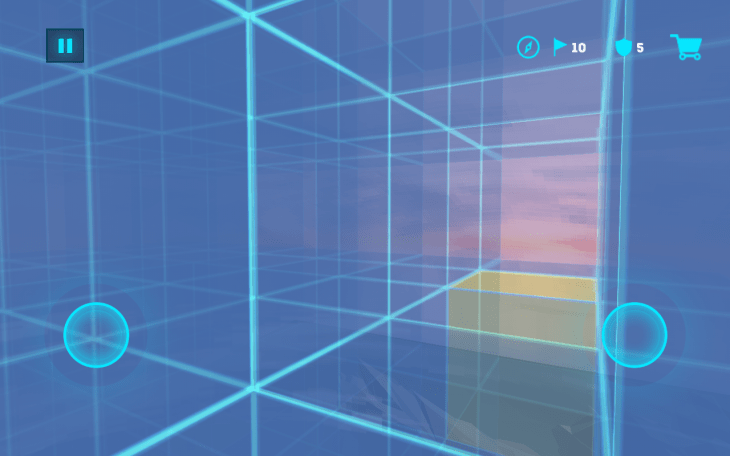 Overall, the challenge, difficulty and replay value are amazing. What needs more polish is the visual department. I would not make it easier to distinguish between the walls and all that is not a wall. However, the game needs more vibrant backgrounds and textures. These would make the experience all the more enjoyable. 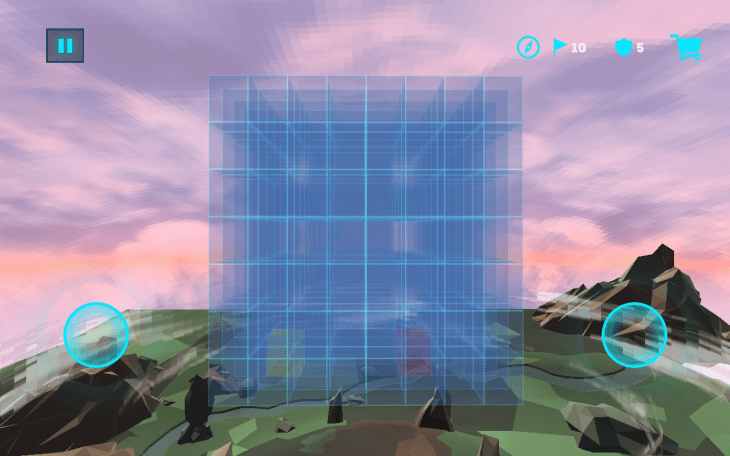 Amaze is a little indie gem and one of the most befuddling, disorienting, claustrophobic and confusing spatial puzzles out there. It might need a little more polish in the visual department. The second control scheme is basically unplayable while there is no sensitivity calibration. And yet, it is perfectly playable as it is, and it’s a worthy challenge if you have the nerves of an astronaut and aren’t afraid of closed spaces. It’s the Cube of mobile gaming, and even though its inhabitants and traps are not as explicit as in that movie, Amaze is a digital maze that will put your memory and spatial skills to the limit. I think I need a sour fruit and a lay down after this. You go ahead and enjoy!