Angry Birds The Movie is hitting the theaters in May. To celebrate the release of its big-scale 3D computer-animated, action, adventure and comedy wrapped in one, the Finnish developer of the epic mobile game has launched another Angry Birds mobile game. Angry Birds Action is the code name. Surprise!

It’s still about the notorious birds that are angry, and it still has eggs and pigs, and a slingshot. Sort of. This time, Rovio took the famous characters and the same old story, but changed the playground a bit. Now, instead of the usual slingshot-driven horizontal layout, you are presented with a third-person but somewhat over the shoulder view from behind the bird. And above it. 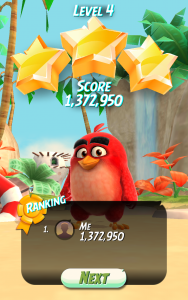 Long story short, it’s pinball. You tap and hold to aim the bird at the objectives, then release it and it will RUN along the play area hitting things, bouncing off things, exploding things and then slowing down to a stroll and a tired sigh.

The initial levels are simple, but it does get challenging pretty fast. At first you only have Red, and then Chuck, Terence and Bombguy join him.

The variety of power-ups as well as additional challenges is quite rich – explosives, balloons, balls, pigs flying in choppers bombarding the area with more obstacles, and such. If you play and win the usual three stars in a level, you get three keys to unlock three crates that come with either some in-game currency, or a power-up.

Power-ups are consumable, so one moment you have them, and then phew, and they’re gone.

Each level consists of three sub-levels, pretty much like in Angry Birds 2. To score three stars, you need to complete mini-missions in each sub-level, such as collect all the eggs, or pop all the balloons, etc.

Once you exhaust the three birds, you have to retry a level. There is no way to skip a level you find hard, and try what’s ahead, but you can replay the previous levels.

That said, it would not be Angry Birds if it didn’t come with a bunch of IAPs tied into pretty much everything here. You are limited by energy jolts, and once these are exhausted you get to wait, or buy your way to access the game when you want to.

That limitation further cripples the game when you encounter a glitch, or a crash, which force-closes the game in the middle of a level, when you already paid your entry fee, but did not get a chance to win because it crashed.

Considering the game is early in the launch, Rovio will most likely fix the performance bugs. After all, the company has a track record of games that run smoothly.

Other Goodies and Extras 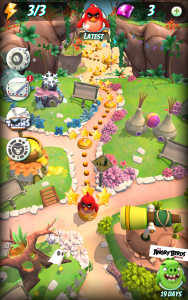 Rovio has partnered a bunch of companies to distribute Angry Bird-Codes – bar codes on various merchandise kids have to hunt to scan and unlock extra content in the game. We will share a list of products and retailers that partnered Rovio in this. By the way, it only seems horribly unfair the bar codes are on the new toys only, and the old merchandise codes don’t count. My nephews have like a bunch of Angry Birds toys from different venues, but alas, these toys won’t unlock anything in this new game.

Also, if you go to the movies and bring your smarpthones and tablets with the Angry Birds Action game installed, you will be able to unlock some other hidden content, a secret video clip, if I am not mistaken. At the end of the movie, when the closing titles begin, there should be some kind of sound trigger that will activate the unlock process in the game. Just launch the game, go to the bottom right icon that featured AB The Movie, open it and allow the app to access your device’s microphone.

The visuals are a little different that what you are used to seeing in the franchise. Since the birds are now in 3D and follow the movie visual guidelines, they have limbs. They have wings, and those creepy legs, and facial expressions. Truth be told, I am not a big fan of the new looks. Chuck, for one, looks horrible. One of my favorite characters, the yellow triangular and mighty, Chuck in Angry Birds Action is pathetic. It looks like a yellow carrot or a weird banana, long, skinny and under-powered. 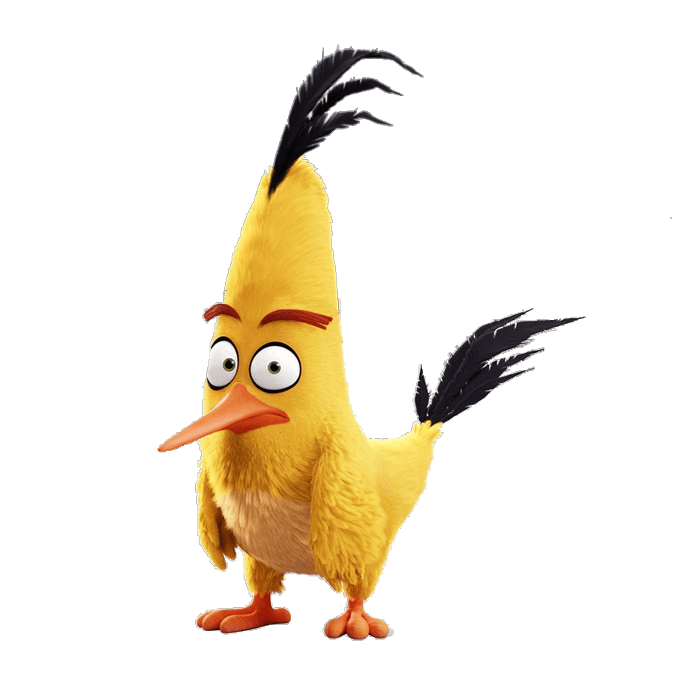 Angry Birds were fun and lovable because they were round, triangular, fat and funny. The new makeover made them unoriginal and boring.

However, my main gripe with Angry Birds Action is it’s just not addicting (a euphemism for boring, in case it’s not obvious). Play it for an hour, bump into a difficult level, spend all your lives on it, and forget about the whole thing. It’s not a game I will want to go back to. It’s certainly not compelling enough to buy me a Happy Meal for the sake of a Bird-Code. The performance bugs are not a big problem per se. The new bird looks are not off-putting. Even the intrusive IAP system became a sort of a business card of Rovio, so the fans are used to it. It’s the gameplay that does not impress. Despite the painfully familiar Minions Paradise looks, Angry Birds Action is just pinball, but with birds and eggs.

If you like pinball and Angry Birds, you will love this
Colorful graphics reminiscent of Minions Paradise, only in portrait mode and small
A somewhat different take on the old formula

Poor replay value
Performance hiccups
Energy, IAPs
Bird-codes are bad for compulsive shoppers and children
Why on Earth does Chuck look like a banana? He’s a bloody viking!

All things considered, the younglings will love it because it’s Angry Birds. As for millennials, I have doubts.

Which brings me to the conclusion the franchise is getting old, and the birds are getting tired. Perhaps the movie will breathe new life into it. Perhaps us, the old fans will be replaced by a younger generation that was born the year the first Angry Birds game launched. But Angry Birds Action is a passable, mindless and debatable fun that lacks the addiction factor of its predecessors. Looking at the developer’s profile on Google Play, I think maybe it’s time for Rovio to explore new ideas? What do you think?