Atlantic Fleet is not just a naval combat sim; it’s not a game you can pick up and play. It’s not your casual time killer, and neither is it yet another game in its niche. By far, Atlantic Fleet is the most complex, brain-wrecking, intimidating, tactical game for the avid fans of the Killer Fish previous release Pacific Fleet. Atlantic Fleet is not just a sibling to its predecessor; it’s much more complex, fully-fledged, immersive and beautiful. Moreover, in terms of gameplay hours, it is probably one of the longest games I have ever played.

At the same time, I am torn between the two opposite opinions. On the one hand, I admit the fans of the Pacific Fleet are excited about the Atlantic Fleet, sharing the how-to’s big and small, sometimes sympathetically to the newcomers, other times quite condescendingly. On the other hand, the fun of the over-complicated mobile game that right from the beginning turns into a desperate, if not boring torture escapes me.

Whether it is for you is the question you should answer for yourself because Atlantic Fleet is among the mobile games like oysters are among food – not everyone gets what’s the big deal with it, it’s expensive, and may not be so light to stomach. Some say they’re one of the strongest aphrodisiacs, others have a horrible time cleaning their intestines after all the mess the sophisticated food has done there. And one of my main problems with Atlantic Fleet is the very limited refund time – you just can’t get the idea of these epic proportions within such a limited time. If there was a free demo version, it would have been a lot more just to the player. 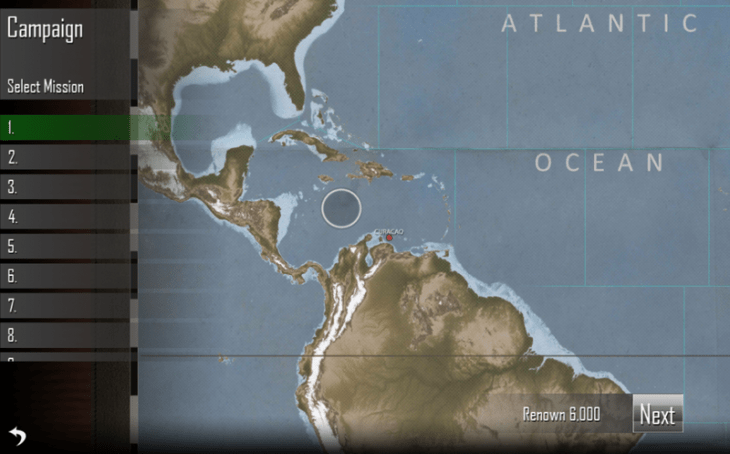 Set in the middle of the WWII naval havoc, Atlantic Fleet pits the Germans against the Brits. The realism of the vessels, the abundant missions and the battle mechanics is meticulous to the point of irritating. At the same time, it dives head over heals into the meticulous details of the ships, skipping on the gameplay entertainment. So, as far as I can tell, Atlantic Fleet is perfect for the kind of dudes who like to spend hours building small models of the actual ships in their garage, because ultimately the meticulous rendition of the vessels is what awes the fans in the first place. 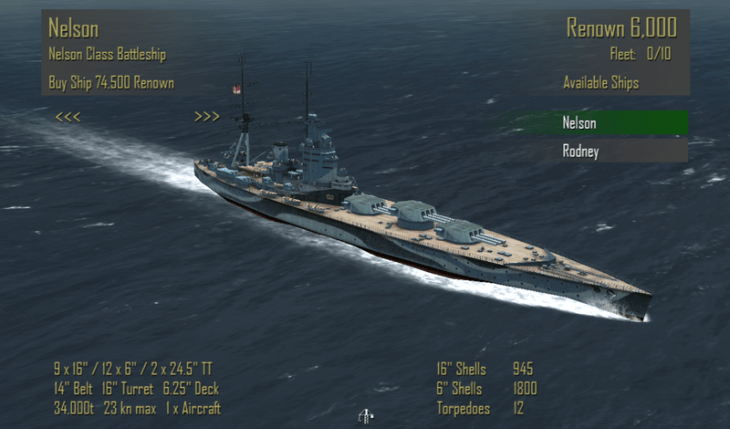 Again, I am torn. Before I made my first baby steps in the Atlantic Fleet, I thought I liked the ship combat in general. It’s slo-mo if compared to the air combat or any sci-fi and futuristic arcade games. The sea battles can provide a lot of laid-back fun blasting the ships and watching them sink.

Atlantic Fleet offers tons of content, with 2 campaigns and a single battle editor with over 30 historical missions. Then, there is the Campaign mode itself with over 50 missions per each faction, the Germans and the Brits. Then, if you are that dedicated, there is the Dynamic Campaign spanning from 1939 to 1945. To say there is a lot of content is not to say anything. It’s immense. 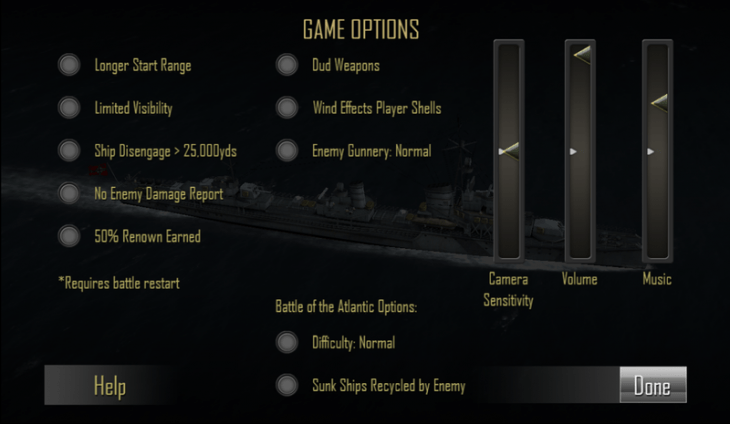 However, the gameplay itself is quite tedious, if not boring, but I do realize some players lose their sense of time playing it. And that’s the biggest problem of the game – its audience is too specific and narrow to appeal to many. Instead, it draws the attention of a few narrow-field aficionados.

The gameplay itself is too complicated to dwell on in a review – there is a link to the 52-page pdf manual devised by the developers, so if you’ve got the time, be my guest. On the other hand, if you feel too lame and as someone said “ain’t nobody got time for that,” you may try to find your way around all the control buttons. Don’t forget to film yourself doing that. 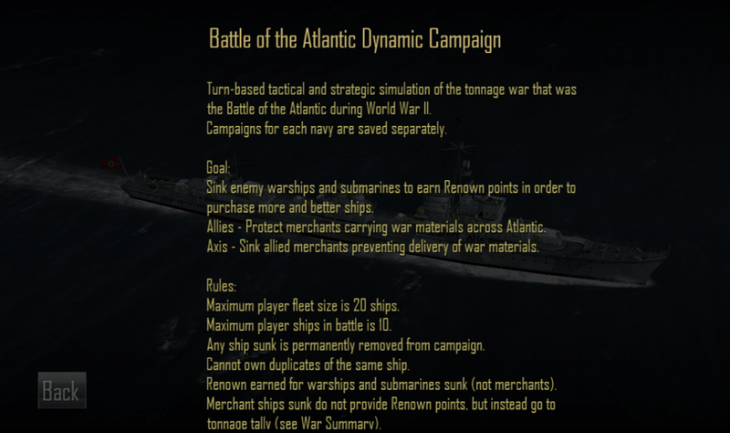 Did I say it’s complicated? It is darn hard, and the in-built Help section is intimidating. As I submerged my submarine and couldn’t find a way to surface again, and got stuck with all my weapons either unable to fire when submerged, or unable to aim for some other reason, the inevitability of either getting my hands dirty retrying with different vessels, or reading that 52-page manual dawned on me. And that’s when I started feeling very sad – there will be no instant gratification. The little monkey in my head got bored. Again, I admit there are hundreds of players enjoying the game, but they seem to be very dedicated.

Another quite frustrating element of the gameplay is the weird, totally selfish AI. You can spend an hour planning your attack and placing your fleet meticulously, which is hard in itself. Then you start attacking, and see no rhyme or reason as to how much damage you’ve caused, and how much “energy” the enemy has left. Then the wind starts blowing and your aiming is disturbed, but then something outrageous happens – the enemies flee. Just like that, they flee the battle sand you come out without any reward for the wasted efforts.

It seems like the realism the developers wanted to achieve got its way ahead of the gameplay entertainment factor. When you couple that with the controls that are nothing intuitive, the aiming that is painful, all the types of weapons that are so different you need to check them out in the Help section, you may want to play the Pacific Fleet the free version before you buy this new release. 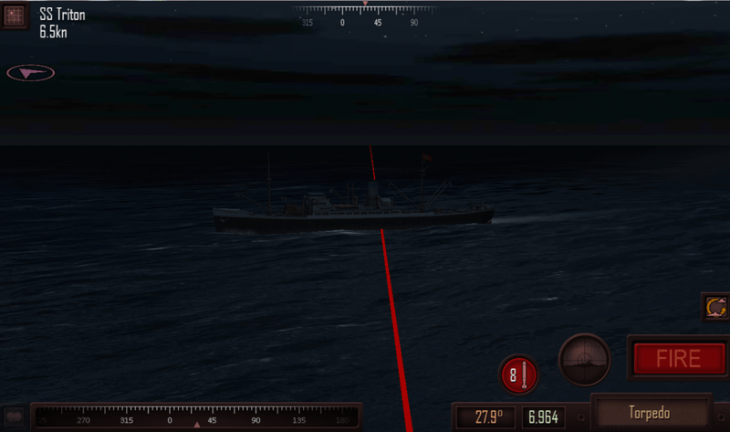 A lot of hard work was invested in this game, and I have to give credit to the developer that it’s wonderful to be able to rotate the camera all around your vessel, or the enemy ship. It’s incredibly smooth to have your camera dive and emerge, rotate and marvel at the ships and submarines from all possible angles. The different weather conditions provide for a great visual variety, and one of my favorite views is the night one from below the water line – it’s all so atmospheric and looks like a movie.

At the same time, the overall impressions are not quite that awe-inspiring. The game looks good , don’t get me wrong, but it’s not the best-looking I’ve seen. Again, the ships take the spotlight, with all the details and modeling glory. I did not find the explosions overly impressive, however. 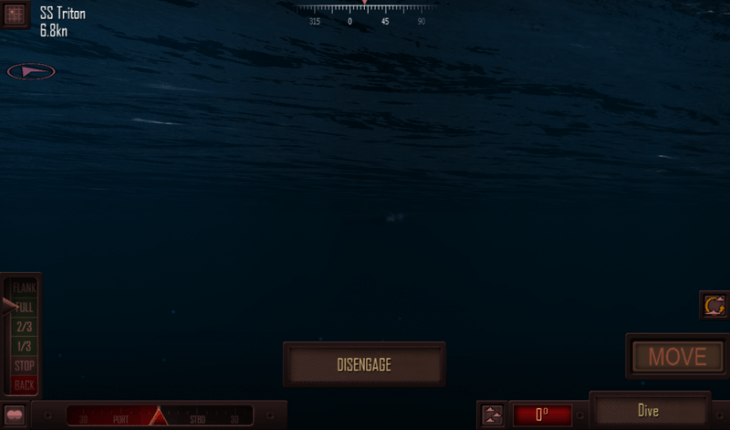 There is plenty of missions to keep you busy for the next half a year, or so, considering the amount of the vessels you can unlock. Whether or not you possess the dedication to go that far is up to you alone. I am not.

Non-existent since the premium $10 price tag would make it somewhat ridiculous. At the same time, you have to earn in-game points dubbed “Renown” to buy more ships. However, there is no paywall; you just have to go through the missions to come to the gripes with everything before you can manage your own fleet. 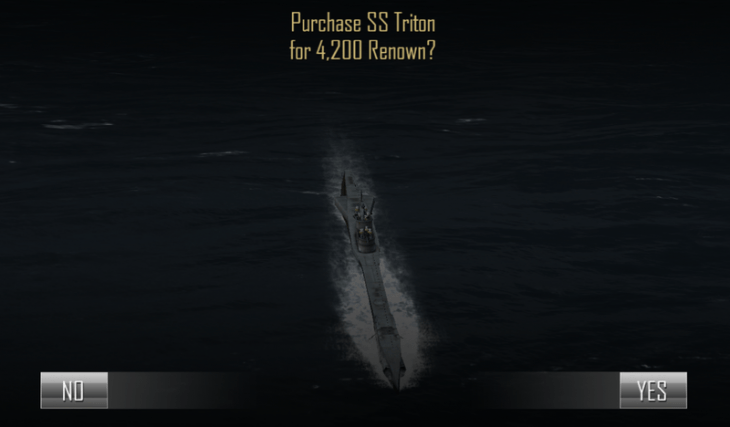 It would be ridiculous to discard the game as boring due to its complexity, but its virtues get revealed to the enlightened only. It is a marvelous, deep, complex naval combat sim with great attention to realism and detail. However, the realism took over the fun, and the complexity took over accessibility. This in no way means it’s bad; it’s just not for everyone. Like oysters. And sour champagne $100 a bottle.

If you are still on the fence, I suggest you try the Pacific Fleet Lite just to get a general idea of what might lay ahead in the Atlantic Fleet.