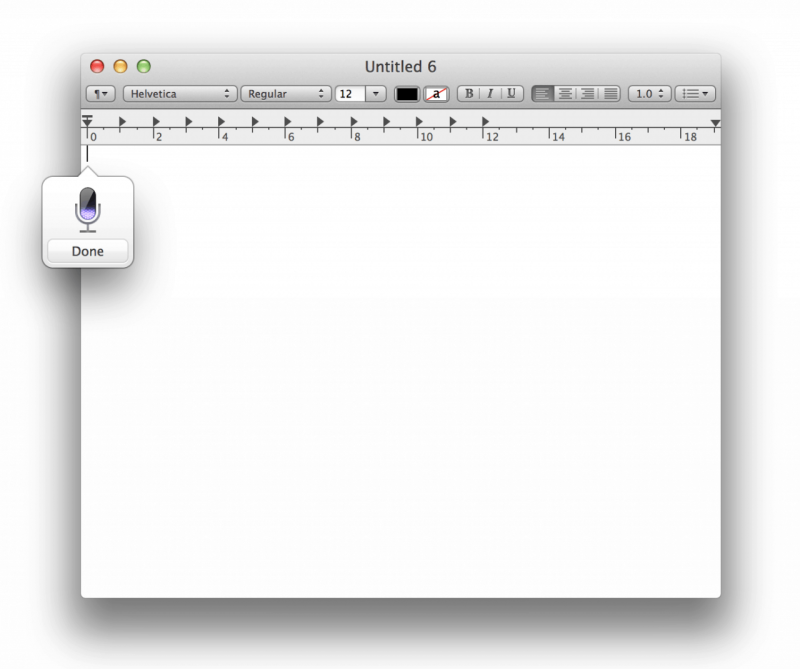 I had relatively high hopes for this one going in, as it was from a new developer but looked like it had quite a bit of potential. While the game definitely wasn’t a complete snooze-fest, there are some things that need improvement — and although there was no lack of playable content, there was a lack of variety when it comes to game modes. Still, it was mostly a pleasant experience, and the biggest problem was a bit too much repetition of certain aspects.

Battle Riders doesn’t have the most detailed graphics on the mobile market, but they are decent quality-wise. One of the biggest things I look at is how smoothly the game runs, and it definitely impressed me in that respect. No frame rate stuttering, no random lag, just a smooth cruise throughout each race I played. The course textures could have used a bit more detail and polishing, but when you’re driving at high speeds you don’t even have time to stop and smell the roses. Some of the car models look pretty sweet, and you can’t help but smile when you blow up the car in front of you and cruise by the explosion. 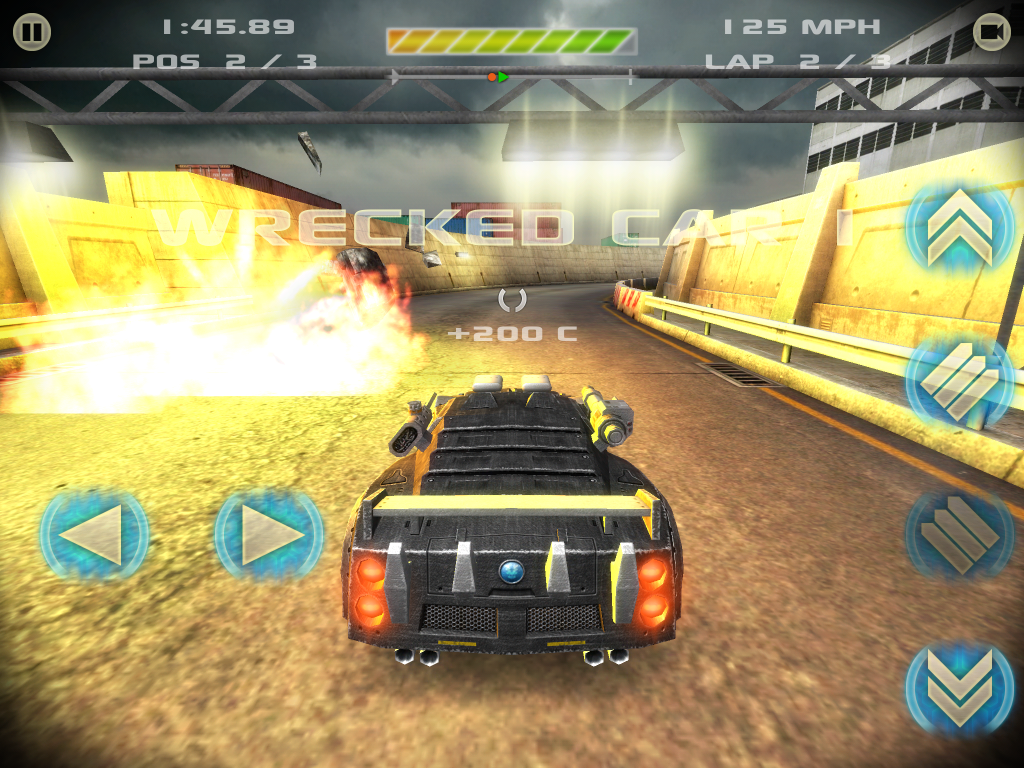 Even though there are 18 total “unique tracks” in the game, they only span across three different environments, and that leaves you feeling as though you’re just playing the same track over and over again. Each environment has three distinguishable tracks, as well as a reversed track for each, so really you’ve only got 9 different tracks to play with over 100 different events. Honestly, the tracks aren’t really anything special — a few sharp turns and obstacles, but the scenery definitely gets old fast. I wish there had been a bit more visual variety on the tracks, as well as some more detailed car customization, but I wasn’t all too concerned about the visuals after I found out how smoothly it ran.

There is no gas button in Battle Riders, you are automatically accelerating as fast as possible (this means no well-timed starts for a boost). You are able to get a turbo boost via several small blue power-ups you can drive over on the tracks, you can either set your controls to auto-boost whenever you get it or you can do it manually. Besides that, you’ll simply turn left, right, or use brakes — oh, but lets not forget about your artillery. Your vehicle can hold two different weapons, which are both machine guns by default. Although the guns are nice, you’ll want to upgrade to at least missiles relatively quick, but also consider saving for even more powerful weapons like the raygun which does big damage and slows enemies. 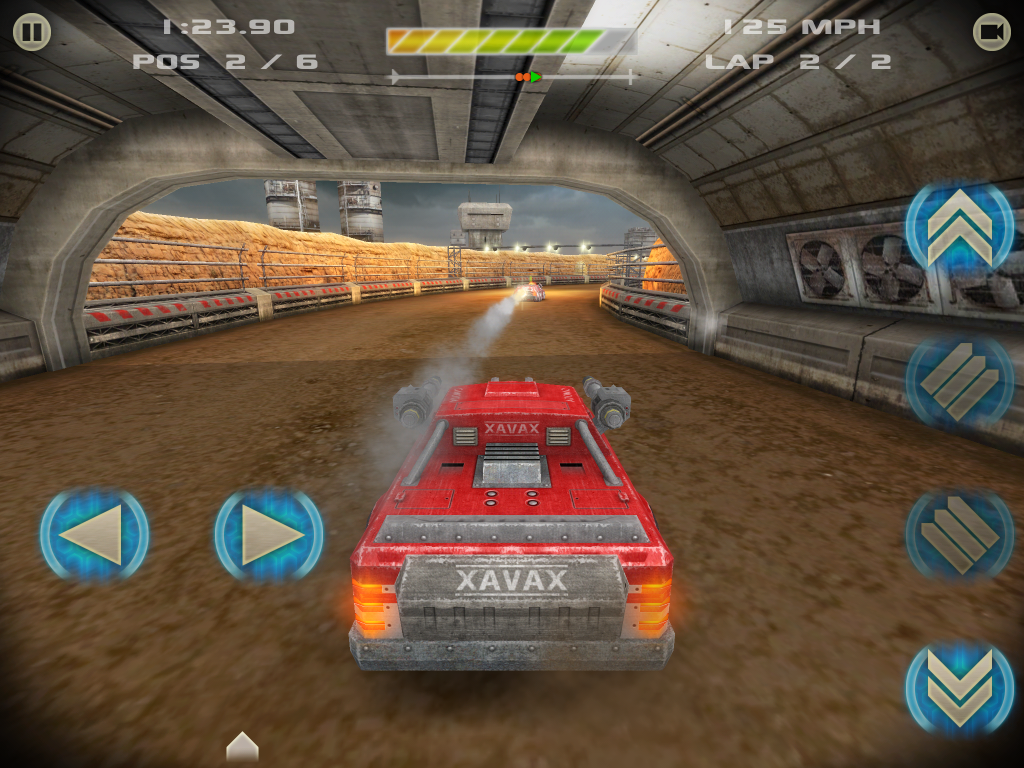 Once you get used to how the game operates, it does get pretty easy, especially in the first tier of races. The biggest problem with the gameplay, is that some of the race modes are almost broken in a single player scenario. For example, the survival race is almost impossible to lose if you hang back and fire missiles at your opponents until they’ve all been blown up. Since most weapons do damage in front of you (except for mines), it doesn’t really make sense to drive in 1st place when everyone is going to try and wreck you — except that is exactly what the AI will try to do, giving you endless opportunities to blow them up. 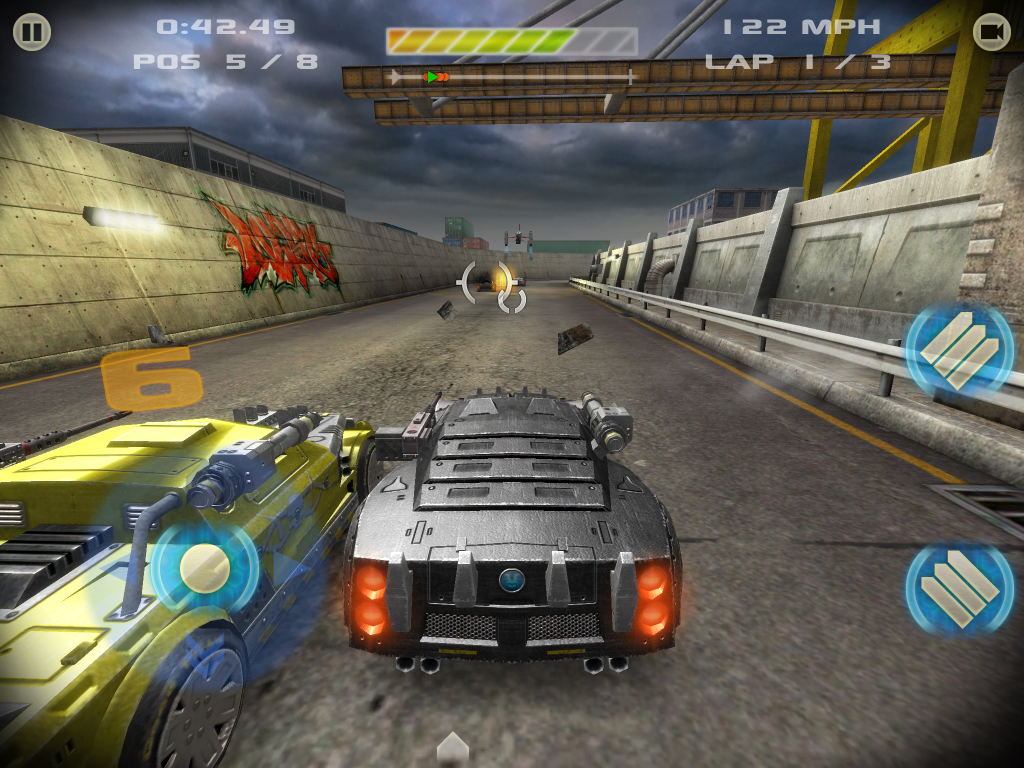 I noticed that even after upgrading the speed of my car, my MPH never seemed to go over 124 when I wasn’t using a turbo boost. Not sure if this is just a display bug as I couldn’t really tell if I was going faster or not, but just wanted to note it. When you get tired of racing (which you will, given the lack of track variety), you can try out some Challenges for a change of pace, but there is no multi-player mode to speak of, and that’s a major disappointment. Even though I had my issues with the Single Player, I think the content that Battle Riders has would work very well in a multi-player setting.

Menu navigation is relatively simple, there’s no trick to accessing the different game modes or seeing what type of race each event is. Customizing your car is also easy for the most part, but one thing I didn’t like is that you couldn’t go back when choosing colors for your car. There were over 10 different colors, but you could only tap to go to the next one, so if you accidentally skip one you have to tap next 10+ times just to get back to it. A couple other minor hindrances showed up from time to time, but nothing too frustrating or frequent. 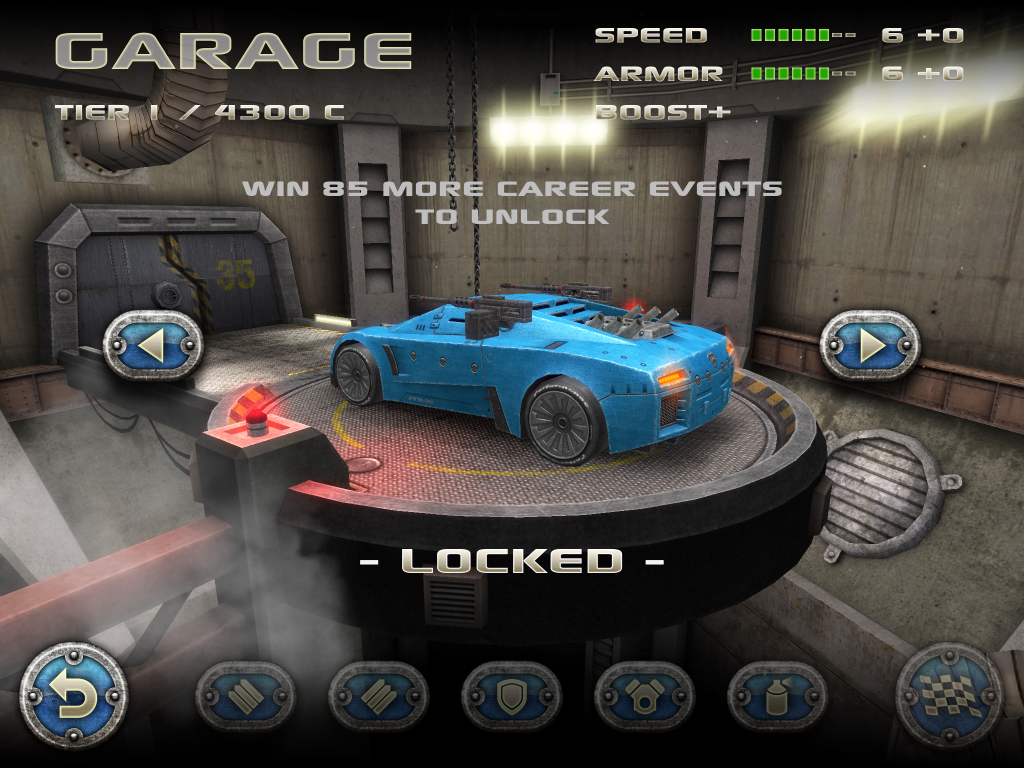 As for the controls, I’ll start off by saying I’m not a tilt control kind of guy, so I was happy to find out there are other options. You can either do full tilt control with plenty of sensitivity adjustment to make it work for you, or you can switch to a Jostick or Directional arrows. I used the joystick for a while, but I found that to be pretty annoying. The problem with Battle Rider’s joystick is that if you move your thumb too far off of the joystick, it resets to the middle and your car will stop turning. There were numerous times I ended up driving into a wall because of this, and eventually I just switched to the arrows because I couldn’t get used to it.

The variety of control options was very nice, even though one of them doesn’t work as well as it should (I’ve seen plenty of iOS games allow you to drag off the joystick and it holds in that direction). Overall the Interface was good, but lacks some fine tuning to make it as efficient as possible.

I’ve said it a couple of times, and it’s going to be my biggest emphasis of this review — Battle Riders needs multi-player before it can be anything more than decent. Given the limited amount of track options, there still isn’t enough to keep you coming back, even with 100+ events to play through. If anything, the extensive number of events just sounds like a chore after a couple hours of playing. Challenges provide something else to do, and mixing up game modes at least gives you something to prepare for, but there are other issues on top of all that. 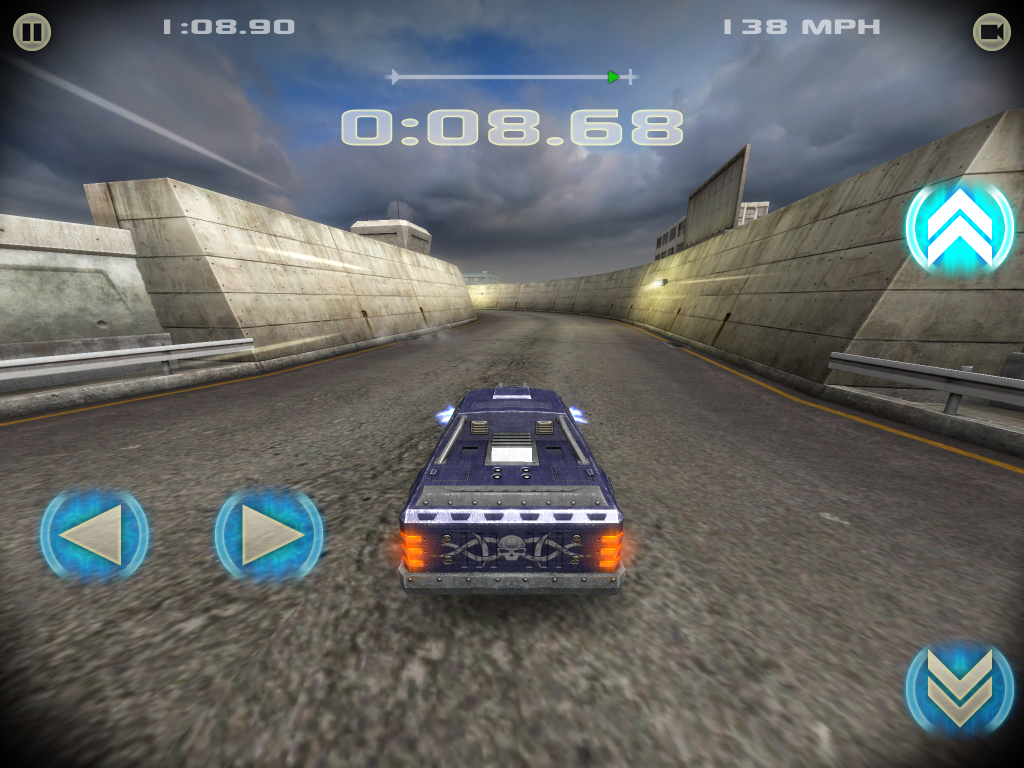 The credit system doesn’t seem to be paced very well, as I won about 90% of my races (so I didn’t farm credits on losses), but still had an overwhelming amount of credits by the time I unlocked a vehicle. Every 16 races or so you’ll get a new car, which you can upgrade the performance and armor of, but all weapons you already own are readily available. It’s nice, but since there are only five weapons, you can have them all bought before you are out of the first tier. My credit count was more than enough to purchase all vehicle upgrades as soon as I unlocked it, which didn’t really give me a whole lot of time to customize and prioritize car upgrades.

Fun for a while, but the novelty tends to wear off relatively fast during each session of play. Multiplayer is a key component that is missing, which could drastically improve the replay value and overall fun factor of Battle Riders. I can’t say I didn’t enjoy it, but for now I’m just keeping an eye on the updates to see it can improve and add some more replay value.

Click here to check out Battle Riders on the Apple App Store!

Also, be sure to leave us a comment below with any thoughts or opinions on this game, or our review!