Best Fiends Freemium by Seriously Digital Entertainment Ltd.
Genre: Puzzle; Game website
Download it from Google Play
Download it from iTunes
IAPs from $0.99 for 5 More Moves or Fill Stamina to Pouch of Diamonds for $4.99 – 39.99

Best Fiends is the first game from the startup Seriously, but when you take a look at these guys’ collective portfolio (Rovio’s Angry Birds, Disney’s Where Is My Water, Max Payne’s Remedy) it becomes clear why the game is so awesome.

It first launched on iOS, of course, and thankfully Seriously did not take too long to launch it on Android, so starting December Best Fiends has become available to Android players, too. Truth be told, I was not tempted to try out yet another match-three puzzler, especially after I tried out King’s latest Soda ‘masterpiece.’

However, Best Fiends caught the eye of my youngest nephew and when I saw kids playing that, there was no escape for me. The game is undoubtedly very polished, and has it all to charm a gamer of any age – cute protagonists, interesting story, a gameplay that is easy to get the hang of but hard to beat, superb design and a promise of animated shorts somewhere on YouTube. 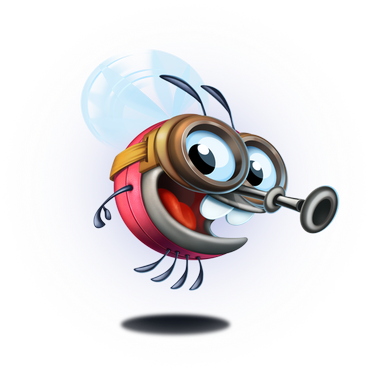 You don’t get this as you start playing, but there is actually a story behind all that colorful matching-3 RPG. The main characters are little bugs that live in a fantasy country Minutia. A meteorite blasted a neighboring Mount Boom, and the once peaceful inhabitants Slugs have mutated into quite carnivorous bastards. They are not overly scary, but rather funny.

What the Slugs did, though, was kidnapping all the bugs’ families, so only a few kids are left. It is up to the bug children to challenge the slugs and free their kidnapped families.

There are 5 classes with 3 characters in each, and each class has a distinct color. You start off with one bug, then go on unlocking more bugs. Each bug can be evolved up to 5 times, and as they do, they sort of grow up and become stronger.

Overall, the bugs are adorable and come in a variety large enough not to get bored collecting them, but small enough to get personally endeared by them. Temper is the first you meet and he’s got all the potential to become a big hero. Kwincy is somewhat goofy, but cute; Gordon is a gorgeous but funny scorpion kid. They make funny noises when they fight while even the slug opponents look ominous, but funny. It is the level of detail and the understanding of what style of animated cartoons are trendy now that show the level of developers’ mastery.

Overall, the design is superb – highly polished, beautiful and catchy.

Since it’s a match-three puzzler and RPG, you would not expect anything new here, but the game manages to suck you in, anyway.

As I said, you start off with one critter named Temper, and he is green, which means he can attack slugs if you match three or more green leaves on the 7 x 7 grid.

Best Fiends is easier than the recently released Big Hero 6 Bot Fight we reviewed, too, in a way that it is easy to grasp which items need to be matched to create combos that correspond to the bugs you have in your team, and the slugs are always of the same color.

The Slugs have the energy meter, and before you let go of that combo, you can view the visualization of how much damage it will cause to the slug.

Clearing out levels becomes increasingly challenging, and if the initial levels are piece of cake, the further you advance, the more complex become the requirements to beat the level. Some levels require you beat X number of slugs; others add additional requirements to match X number of items.

Depending on how well you finish the level, you get 1-3 keys that unlock ‘Rescue’ boxes. These contain perks from meteor mites to diamonds and even bugs themselves. However, I could unlock only one bug before level 21, which means you play that long with 2 bugs only. I was wondering if it was a game bug, or a blatant push to IAPs to unlock more bugs, but it appears the game has some kind of a benchmark at that level, and after that you will unlock a handful of bugs, so stay patient.

Meteor mites and diamonds are used to evolve bugs, and each can be evolved up to level 5.

Bugs produce all sorts of power-ups, which can be bombs and flowers, and help you create more powerful combos. These perks are welcome, especially since the further you advance, the more complicated become the grids. They get filled with obstacles that come in a great variety – tree stumps you need to break, or ooze you need to siphon. Also, you will be able to collect occasional diamonds and keys from the grid.

There are bomb power-ups that can be activated by another adjacent explosion, which combined creates a huge blast that clears the board. 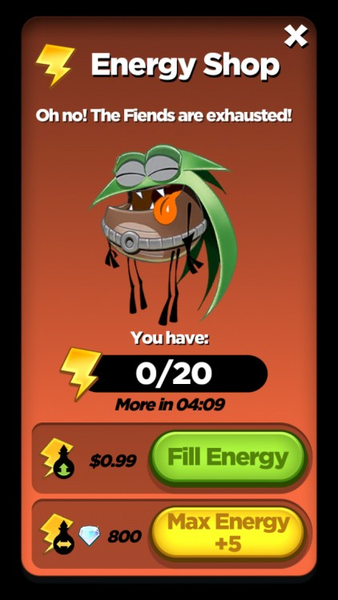 As I said, you can earn meteor mites and diamonds and keys by playing, and you spend those on unlocking bugs and evolving bugs. At some point you will face a level that requires bugs of a higher level, so leveling up is always a need. If you don’t have enough meteor mites to evolve a bug, you can buy mites for diamonds, but if you don’t have diamonds, you will need to either grind, or pay real money.

The game has an energy meter, which becomes the main obstacle in the way of fun. By default, you have 20 energy, and the first couple of levels cost 1 energy each. Before you know it, entry to a level costs 2 energy, and then 3. Replaying a level consumes equal amount of energy you paid to enter it for the first time. Paying $0.99 for 5 additional moves is next to useless since 5 levels may not be enough to beat randomly generated grid.

You can of course go spending real money if you get overly addicted, but if you don’t pay, you simply get locked out of the game for the next 30 minutes or so, until the energy gets restored and you can spend some time playing.

So that you know, further levels become increasingly challenging and sometimes it will take your entire energy meter to beat just one level. It is not a con per se, but rather a welcome challenge. However, the restriction of the business model becomes irritating even more if you choose to proceed by playing because eventually, there is no end to IAPs, and you can spend a lot more on those than what you normally spend on a premium game.

This issue is further aggravated by the fact that Android players, as opposed to iOS players, tend to experience crashes in the middle of the game. A crash erases your current level progress and gobbles up the energy jolts you paid to enter that level, so it is not very cool.

After having read about the crashing problem on Google Play, I tested the game on two devices, and truth be told, my supposedly better Samsung Galaxy Tab 3 failed to load the game altogether while the simpler Huawei did not have any issues at all, not even the crashes, at least for now. SO, what seems to be the technical bug behind those crashes Android users report quite frequently yet remains to be addressed by Seriously. 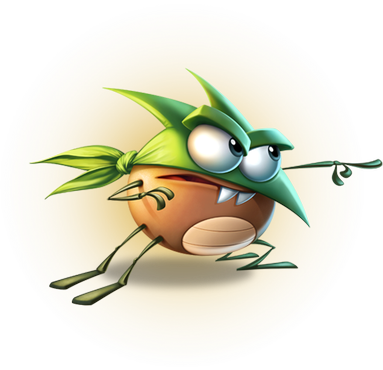 Best Fiends is an unexpected and welcome twist on the match-three puzzlers and probably the best thing that happened to the genre in a long time. While King’s imagination is exhausted and everyone is satiated with candy and disgusting soda, and Bot Fight addresses a limited audience, Best Fiends has all the potential to become your next favorite time killing addiction. You can play it when commuting, when pretending to work, or turn it on when you need your kids to keep quiet for half an hour. That is just as long as you can play without paying because when the energy jolts are out, you will be locked out for a decent wait, or forced to pay real money.

Except for the little “Canadian Devil” in the business model here, Best Fiends is a charmingly addicting, easy to pick up, increasingly challenging and catchy match-three puzzler and RPG that will keep you hooked until your mobile gaming budget is exhausted. If you have the self-discipline, though, you might just get used to the timers, which are also a good thing that reminds you to have a life. So, all things considered, Best Fiends are mischievously brilliant.