I haven’t watched the new Disney movie yet, but I am playing the movie tie-in game, and it turns out to be a pretty good time killer. If only I had time to kill…

Jokes aside, Big Hero 6 Bot Fight is a surprisingly addictive match-three puzzler with a few hidden traps that will keep getting in your way until you sort them out. This is something that I want to point out at the beginning of this review because it affects the course of the gameplay – you will have to read some tips and tricks if you are seriously determined to advance. Nonetheless, Bot Fight is ultimately a time killer and we approach these games thoughtlessly – install and play relying on sheer luck.

That’s how I spent the first couple of days playing Bot Fight until the levels got more difficult and I had to figure out how these bots actually work. And here comes my only complaint – the game does a poor job of explaining how to upgrade your bots, or how to battle for better effect. You will either learn it the hard way, or browse for explanations, because for a seemingly simple match-three puzzler, Bot Fight does require some background knowledge to battle efficiently. 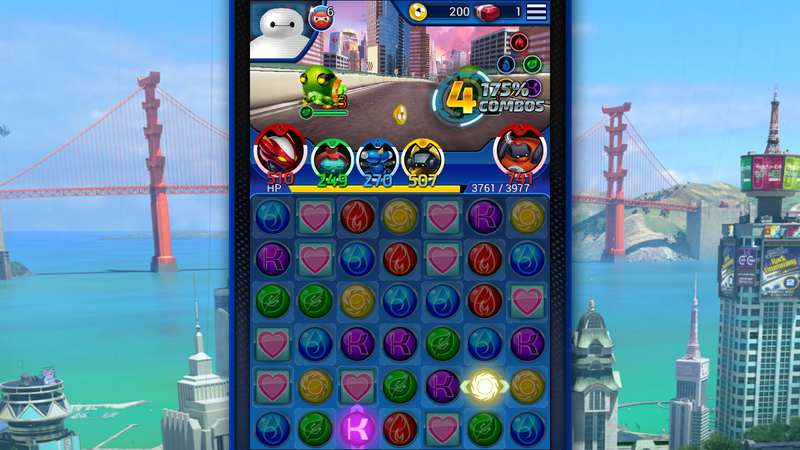 Even though Hiro and Baymax appear once in a while in this game, your main squad consists of bots of different colors. You have to upgrade and evolve your bots for maximum striking power. You will battle the bad, or infected, bots, and when you win, you will collect them and either place them in your squad, or use them to upgrade your bots.

The traps I mentioned is in the colors, and it may not be an overly hidden mystery, and you will figure it out if you played Pokemon, but it escaped me until I read it. The bots are of different colors, and one color is efficient against the other, not the same. Here is what they stand for and how they work: 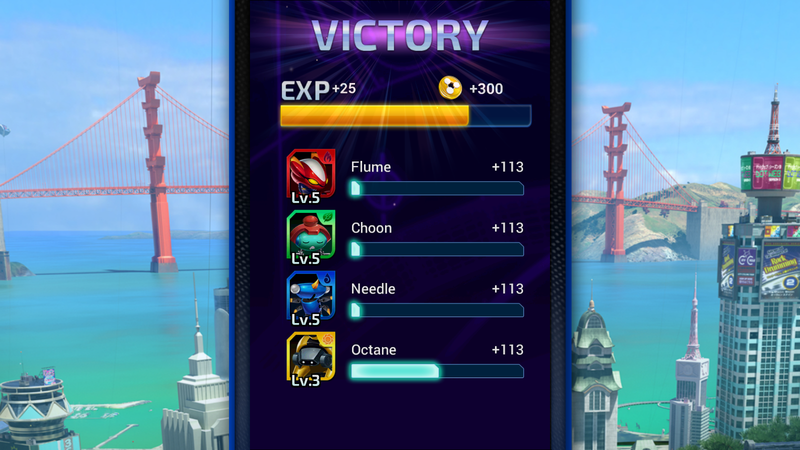 That is a lot of information to bear in mind, especially if you consider that kids age 6 are probably the main audience of Bot Fight.

The gameplay consists of your squad of bots battling waves of foe bots and then a boss bot. The battle is turn-based and the power of your strike depends on how well you’ve matched the bubbles of different colors. The most fire-proof way to generate a powerful blow is to draw a combo – more than three bubbles, or several matches of different colors. The more matches you make in a single move, the more powerful combo you draw, and the more bots of your squad get to strike.

Once in a while, the bots in your team will get filled up with their respective color, which means you can use their special abilities. So far I’ve only figured out the Red special ability to bomb strike the foes. The rest abilities don’t seem to be as clear as they need to be. 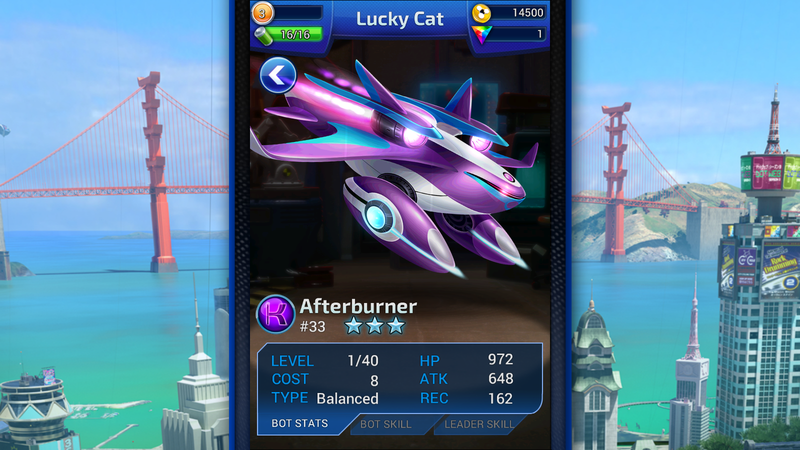 Since each color is particularly strong against the other, you will want to have bots  of all colors in your squad against all sorts of enemies. It is also wise to keep a bot or two in reserve. The thing is early on you will be fighting waves of the same colored bots more than anything else, so you might want to change the team members for a specific level.

For example, when you know you will be fighting with blue bots, you will want to place red ones on the bench, and add more green ones in your team.

Occasionally, you will be receiving spare parts for your bots, and you will use them to upgrade your bots, but keep in mind they need to reach their maximum power in order to upgrade. 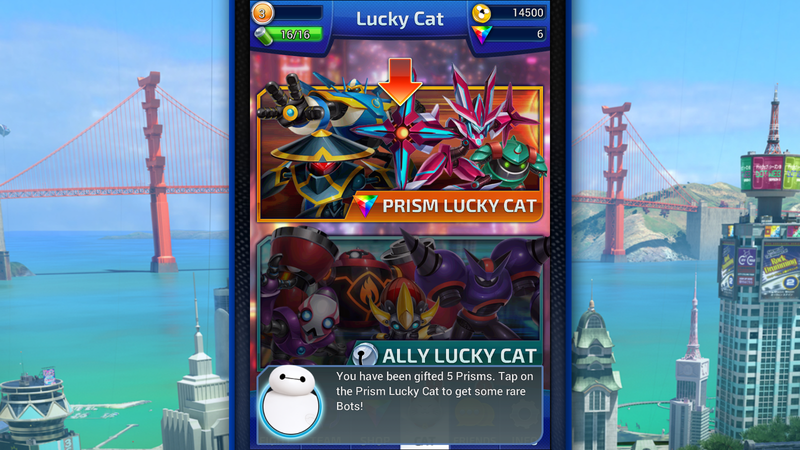 This one is not obvious, but you can actually target the foe bots, so when you know what color match you will be doing, you can target the bot of the vulnerable color.

Once in a while you will receive a hero power-up, and since these come seldom, you will want to use them in desperate situations only. Also, pay attention to what sort of power ups those are because sometimes hero power-ups give you something your bots already have, like Baymax’ healing power.

Hearts are among the other color bubbles and when matched, they boost your energy bar and heal the bots, so it might be a good idea to match hearts when your energy level is low.

The Red bot super ability is to bomb shell the enemy bots, and it is very good at it, sometimes eliminating up to two enemies. The Yellow power -up is to convert bubbles of a particular color on the grid into hearts, so use that special ability when you are low on life energy.

A prism is another very rare perk the game will grant you, and you can use it for two things – pay five prisms, or more, to try your luck at the Prism Lucky Cat to get a rare bot into your squad; or, if you lose the battle, continue fighting by paying a prism to revive your squad. Notably, you will continue where you left off, instead of starting all over, and the damage you have inflicted on the enemy is preserved. 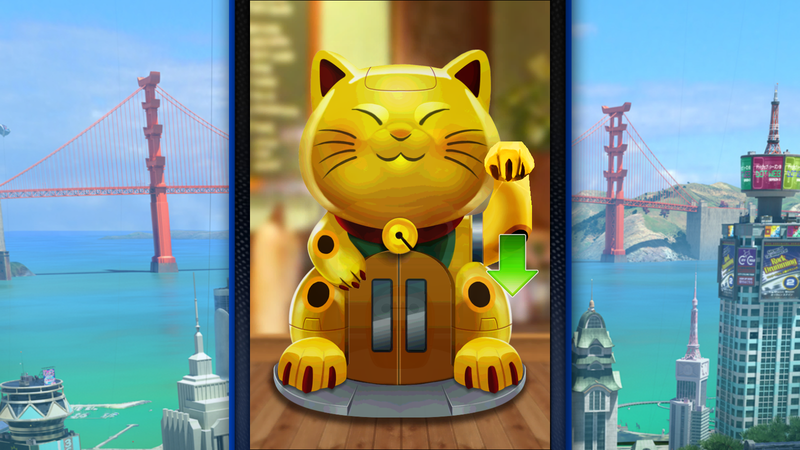 Big Hero 6 Bot Fight is a feast of color and tech, and if you have been comparing the game to Puzzles and Dragons, you are probably right, but Bot Fight stands apart for its different color scheme that may please the eye if you are fed up with dragons and goblins. This cute and highly polished Disney entry does have a charm of depicting small bots as powerful and quite badass creatures.

The colorful and vibrant design is complemented by loud sound score – everything about this game is loud and busy, so even though I said initially it was a good time killer, it is not really a passive and thoughtless game, either. Relying on sheer luck will get you through until some point, but sooner or later you will have to start strategizing. 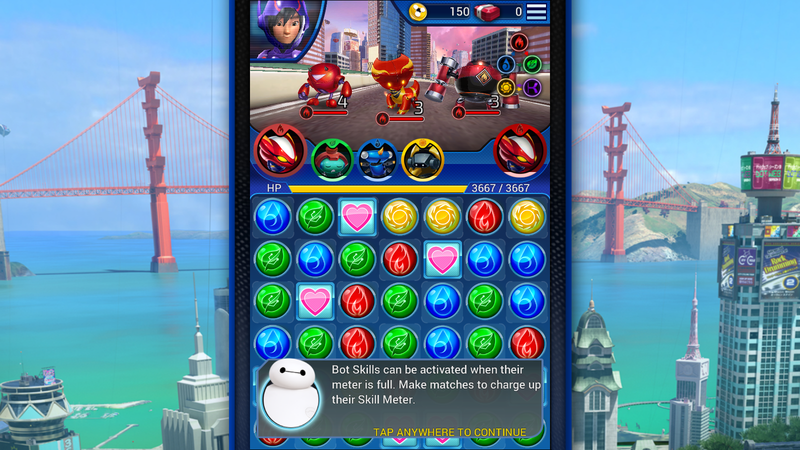 I found Bot Fight a bit stingy on prisms, so by the time I realized you have to be careful with those, I ran out of them, and stopped getting them. Basically, you can play without buying, so just stay away from the Lucky Cat.

Also, the game has an energy system, which limits the number of fights you can have in a row.

Did I mention you get to invite friends to fight by your side? This aspect is somewhat obscure to me, but if you don’t have any Facebook friends to invite, you will be able to invite any kid from the list of available folks. This is nice, and you will get perks for playing with them, and you can add them as your friends to battle side by side later. 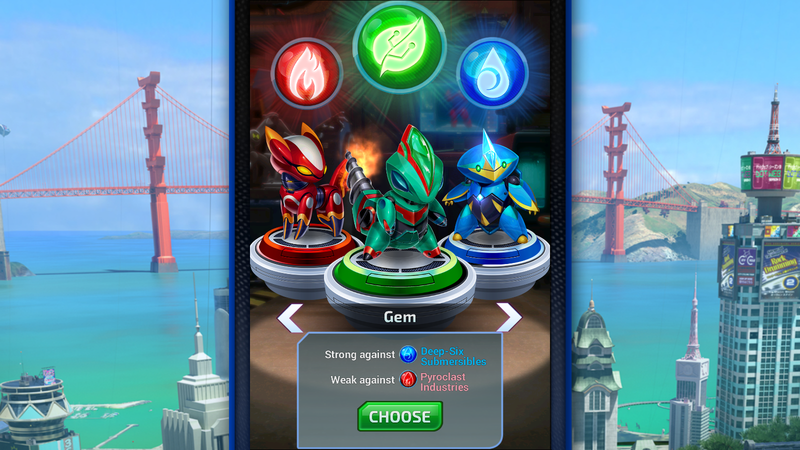 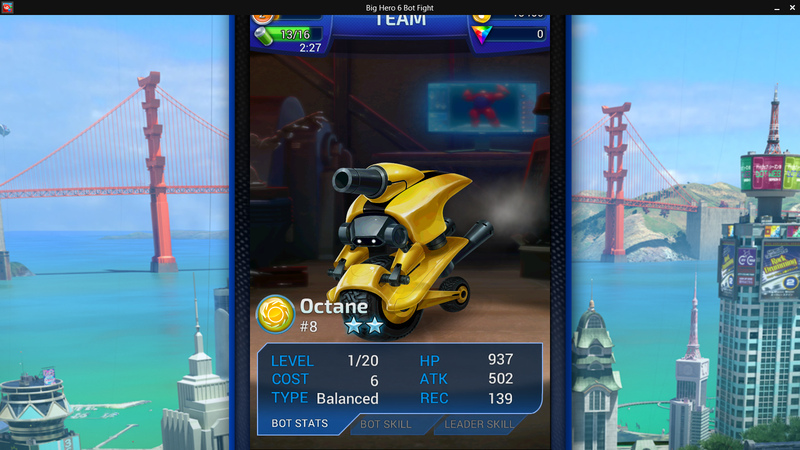 Big Hero 6 Bot Fight is more confusing than it should be, if its main audience is kids who watched the movie. That said, it is quite an interesting time killer for adults, too, provided they like the colorful animation movie-like design of the game and its premise based on the comic books and the cartoon.

Another reason this game qualifies as time killer is its short play sessions due to limited stamina, and somewhat stingy approach to granting players prisms they will need to summon rare bots.

All things considered, Bot Fight may not be the best puzzler, but it is certainly one of the most good-looking match-three games. If only it were more straightforward, less complex in the matching system, it would have engrossed a lot more players. Even the way it is now, you can still play it without reading a single word of introduction and tutorial, simply by hunch, enjoying the loud sound score and fireworks of visuals. If you like to win, though, you will scratch your head at times to get the knack of it.