I can give you a thousand reasons why you would pass by this little indie gem without trying – an inconspicuous icon that suggest yet another blob-rolling tale, or a free price tag that does not suggest quality to some, or maybe you don’t even get to see it on the app store because honestly I don’t remember how I found it. What caught my attention, though, is the bright screenshots and user reviews that suggested the players were genuinely having fun with the game. I followed the hunch and was right – Blob’s Adventure is pure acid, and if you feel nostalgic about those good old console Super Mario Sundays, go for it. 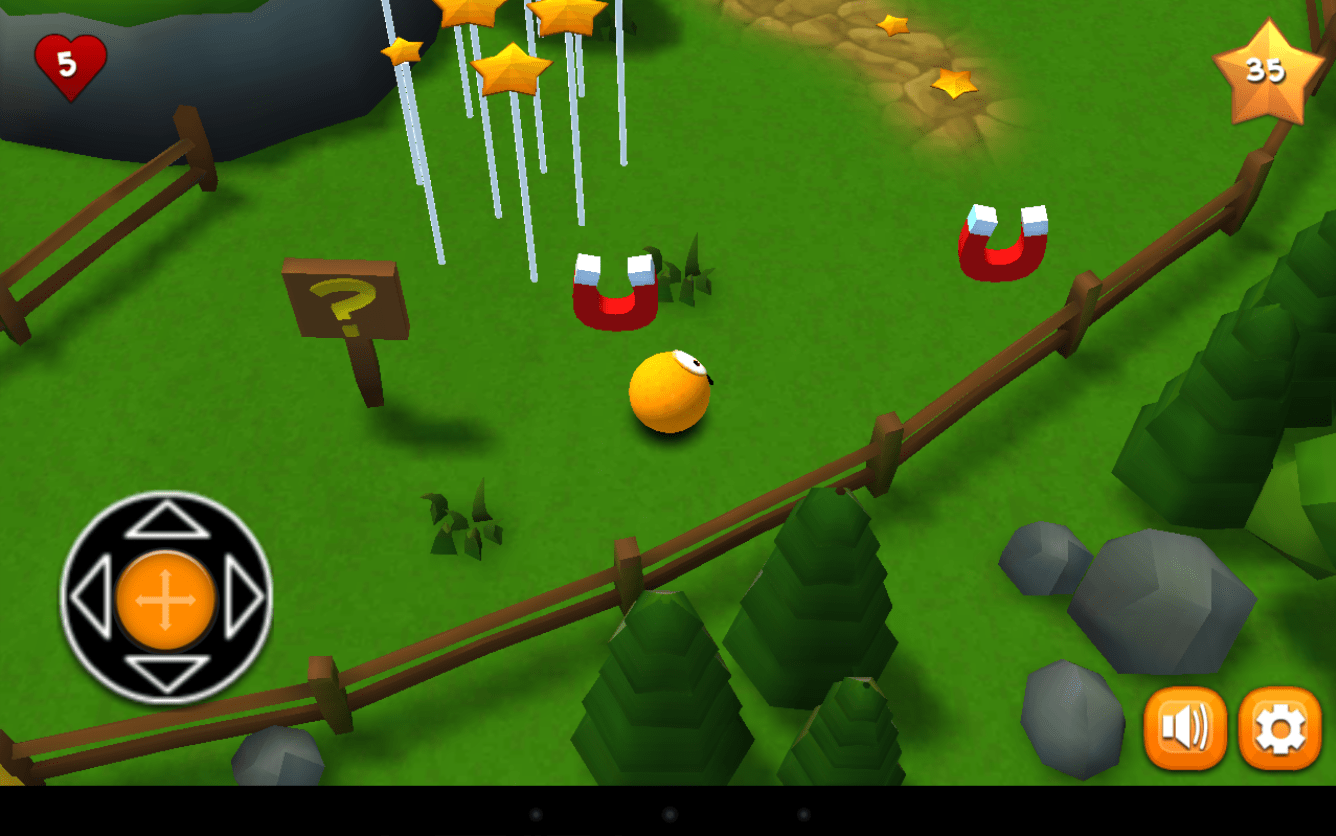 Blob is an alien whose spaceship has crashed and he landed on Blobland inhabited by other blobs that aren’t quite as friendly. Blob now needs to make his way to another functional spaceship, and the fuel he needs to fly it is – the stars. So, your job is to maneuver a limbless one-eyed ball across the eight different areas, collecting stars.

It could have been an easy job but for the Blobland being an infinite source of stress. There are spikes, guillotines, bombs and bad traffic among other things. Besides, Blob can not breathe under water – why would I think he should? It can stay under water for 5 seconds only and then it turns dead.

The stars are scattered all over the areas and the more you collect the better, however there are three degrees of star amounts you can get to fly – they correspond to getting a 1, 2 and 3 star rating at the end of each level.

The gameplay is wonderfully Mario-ish or (Mario-esque?) without actually copying the classic, but making it just as fun and totally immersive.

The game offers tilt and onscreen joystick and both options can be tweaked sensitivity-wise, while the tilt controls can also be calibrated, as usual. I have experimented with both and am genuinely surprised I am handling the tilt even better than the touch. Overall, both control schemes work perfect and the game runs buttery smooth.

Design is one of the appeals of the game. The 3D world of Blobland is simple yet vibrant enough to create an atmosphere, and the gameplay does feel like a real adventure. The cartoon-y style does appeal to the kids and the kids at heart, but being the accessible platformer it is, the game manages to look great. At the same time, the lounge-style soundtrack is funky and adds a hue of recklessness.

Blob dies in a variety of ways and each time it’s hilarious – how can you decapitate a body-less head? What happens if Blob gets his one eye popped by a spike? Will it look plastered if a car crashes it? Does it go to heaven when it dies?

The areas are varied and you get to explore the labyrinth-like rocky, grassy and icy terrains, picking up things, activating gizmo and flying off to the sky when you’re done. Interactive crates, toxic bouncy mushrooms, tricky lakes, flying saucers, bombs and giant boots that want to stomp the poor Blob are abundant.

The first few areas are quite easy, but I am stuck at the boat part and can’t seem to get through, which makes my stomach acids burn with frustration. Blob keeps dying and even the frequently scattered checkpoints aren’t helping.

Blob has five lives and when those are over, the game lets you get five more in exchange for watching a video ad. In fact, you can do so a few times straight if you run into a particularly tricky trap, but when those offers are over, you have to restart a level from the beginning, not the last saved checkpoint.

None, the game is ad-supported and you only get to watch them when you want to extend your lives, which is fair.

Blob’s Adventure is a quality adventure platformer à-la Mario-style with a great tilt and joypad control selection which runs buttery smooth and offers quite a decent gameplay value for no money. You only get to watch one ad once in a while when you want to extend your lives, which is more than modest by today’s standards. Overall, the gameplay is addicting and engrossing, and I encourage any fan of the indie games to check it out – you don’t come across free indie games like this on the app stores every day. If you enjoyed Nub’s Adventure or Space Expedition, Blob might be just right down your alley.