Party people, BombSquad is your kind of game, but that does not mean you can’t play it solo. BombSquad has been out there for some time now, on Mac, OUYA and now it crossed the divide and finally made it to Google Play. I have been paying it for two days now, and this is by far one of the best entries on Google Play this month. If you are looking for something to entertain your Android sporting friends, large family reunions, numerous children in your household, or simply enjoy a hilarious explosive gameplay on your own, this game is a brilliant thing to keep on your Android device. Better yet, if you have controllers.

BombSquad is like a photo album full of colorful episodes, but instead of pictures, it offers mini-games for single player, of Co-op for 1-4 players, Teams for 2-8 players and Free-For-All for 2-8 players.

Co-op (1-4 players) consists of levels, where you have to complete one to unlock the next level. Teams consists of mini-games playlists – just Capture the flag games, Just Sports games and default, which is a mix of both. Sports games include soccer and ice hockey.

Even though BombSquad shines best when you play with controllers and, most importantly, friends, I wanted to see how it plays in a single campaign, and it’s also great. The game throws you into an arena, where you can perform four actions – walk and run, kick and box, pick up and let go of objects and throw bombs.

The next thing you know the arena starts getting filled with colorful boxes, and it almost feels like Christmas. You can run around collecting the boxes containing power-ups – boxing gloves, shields, health, sticky bombs and plenty of other goodness that makes the gameplay enjoyable.

In no time, though, appear your opponents and from there, you have no time to indulge in loot grinding. They start throwing bombs at you, and thankfully they don’t always aim well, but that’s the challenge you have to face, too. Aiming when throwing bombs at your foes is physics-based, and you don’t just launch the bomb and tap to let go. You have to calculate distance and direction, as well as your opponent’s speed. Sometimes, you would both run at one another throwing bombs that meet halfway in between you and explode killing you both.

Then, there is kicking and boxing action, which I enjoy most. Your hero, customizable by the way, feels like a puppet with particularly heavy fists, and when you move him, the fists go first, and then the body. This is especially helpful when you need to kick some ass – boxing is realistic and hilarious, with jumps and falls. Sometimes, you would push your enemies off the arena, and they die with a distant cry; sometimes they would push you off.

In group gaming, you can connect to the same WiFi network and play in teams of up to 4 people each. You can also download a BombSquad Remote app and use your Android device as a controller for BombSquad you play with your friends on OYUA or Mac.

The team mini-games are equally hilarious and diverse. I loved the capture the flag games, where there are tons of ways to push, kick and explode. The sports games have a special charm, though. I am most fond of the ice hockey – the gliding physics of the game along with the crowding around the same gates, and behaving like oink-ing swine.

As you would imagine, BombSquad comes with a great variety here, supporting external hardware controllers and several ways to control your hero without them, namely swipe or joystick controls. I found the latter to be handy, but that totally depends on your individual play style. The controls are neat and responsive, and all you have to do is measure your passion and aim carefully. Otherwise, bombs will fly and explode in all possible places except for the one you need them.

As I mentioned, there is another BombSquad Remote app, which turns your Android device into a controller when you play on a Mac or Android TV.

The 3D visuals offer plenty of eye candy – the arena, the stadiums and structures, as well as the environments are bright, vivid and vibrant with explosive colors and hilarious action. To me, the extra icing on the cake was the music. By default, it’s classical tracks, including Wagner’s Flight of the Valkyries, which is particularly fitting for the intense and humorous action. Optionally, you can set you own soundtrack to accompany the gameplay, which is a very welcome move. I wish all developers added that option, especially in the twitch reflex games. 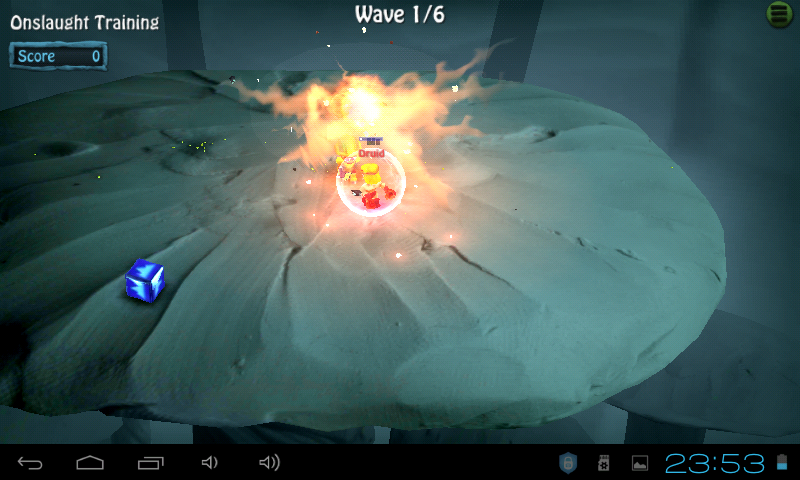 A special treat is in the characters department, where you can customize your character, create multiple characters to choose from for each game, name them and select their colors. There are pirates, barbarians, ninjas, chefs and overall, the character gallery is a fun place to visit here.

Bombs come in great variety – regular ones, sticky ones, toxic ones, land mines, TNT and many more. The power-ups come in generous batches, and you never feel like the game has been made to make you pay.

Video – BombSquad automatically saves your last gameplay, which is awesome – you can recap the most hilarious moments, and save the file.

Performance – Overall, this is the perfect Android party game for the adults and kids alike. It runs smooth on devices with Android 4.0 and newer, and does not seem to require any special high-end hardware to perform without stuttering.

It performed great in network game, as well as over the WiFi play, but is best played with a gamepad, so if you have a bunch of friends with Android devices, by all means, this will be your next party treat – it is hilarious, fun and silly, and you can freely take your anger out on your friends in a harmless manner, kicking some barbarian butt on the arena. Besides its great graphics and numerous mini-games, controllers and ways to play solo and in groups, BombSquad is thoroughly fun and hopelessly addictive.

Some users did report WiFi Direct bugs, kicking players out, but my guess is developer will be quick to address those, since the game is very popular and now is the right time to address some minor quibbles. 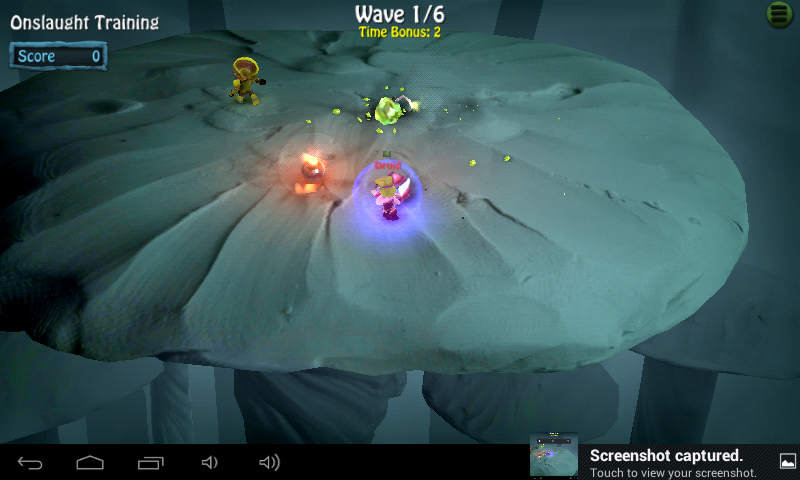 BombSquad is fun, but you can release its full potential in multiplayer. The game is free, and if you want to play with more than three people, you will need to unlock that feature for $4.99 via in-app purchases. There are other IAPs, but the game is brilliant in a way it does not limit your gameplay time, or lives, or energy if you choose to play for free. You die and restart as many times as you want without any time restrictions, and this is awesome because you can thoroughly enjoy it. Considering the immense replay value, and the multitude of ways to play, BombSquad is a must-have game for any Android device owner, and a perfect solution for groups of friends. 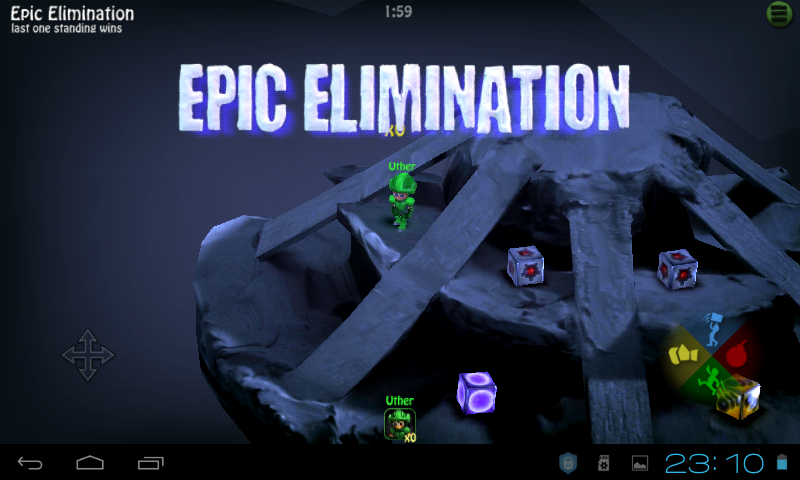 BombSquad is hands down one of the best entries on Google Play this month, and maybe even this season. It is silly, fun and addictive, offering tons of ways to play alone and in groups, over the local WiFi, or in the network. The game is a visual delight, and it throws power-ups at you more than it throws enemies to fight, in the single player mode. Its most shining gem, though, is the controllers support and up to 8-players multiplayer options. It is free to play for up to three players, and there are no limitations on the time you can spend playing – no health bars that need 20 minutes to refill, nor cupcakes, if you know what I mean (Angry Birds GO!). It is a brilliantly crafted game, which is A+ as it is, but its shell allows for more mini-games to be added in the future. BombSquad is an absolute hit; you can’t go wrong with it.