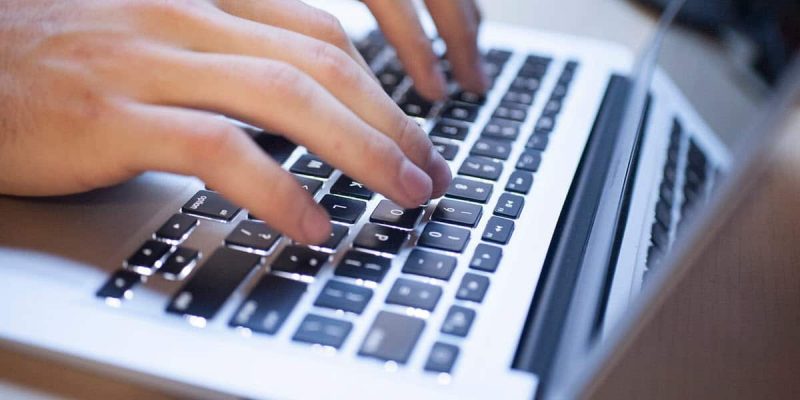 I am not a big fan of brain training apps like Lumosity or Quiz Up. For one, I never felt compelled to buy a full version of Lumosity, and its free version only allows you to play three games a day, which is kind of stingy on their part. Another reason is my ego is very much vulnerable when apps that are supposed to train your brain show you how underdeveloped you are instead.

This is not the case with Brain Wars. On the one hand, it is a competitive app that puts you against an opponent without matching your levels, and often times you end up losing. On the other hand, it has 15 mini games in the Training Mode, where you can practice to your heart’s content until you feel capable of facing more powerful opponents. Let us see in more detail what this free app offers.

First of all, you can register using one of your accounts, or by just logging in as Guest – there is no penalty for that. You can add your picture, or an avatar, and name yourself as you will. The app automatically defines your location and displays the flag of your country, but you can change that, too.

You can add your Twitter or Facebook account and start inviting your friends to compete, or stay completely anonymous and challenge other players from all over the world. Maybe because the app is from a Japanese developer, or simply because the Japanese folks are really smart and have fast fingers, the elite league consists mostly of the Japanese players.

The app guides you through its UI the first time you log in, and it insists you challenge someone right from the start. You can do so , but unless you are very quick in adaptation, you are most likely to suck during your first fight simply because it takes time to read through instructions and get the hang of the mini games.

That is why I suggest you don’t continue challenging other random players and head over to the Training department instead. You can find it by tapping on the three dots menu at the home screen of the app. By doing so, you will open the Menu with your Profile, Settings, and Training among other things.

There is no limit cap on the time you can spend training, so you can master your skills sharp without that sweat inducing urge that persists when you play against a real opponent. Training section contains all the mini games that you encounter when battling real opponents. Some games are easier than others, depending on your natural set of brain, and this is exactly why training is 50% fun of this app.

There are 15 mini games that test your various skills – observation, focus, concentration, quick reaction, mathematical and geometrical skills. The games are pretty simple when you do them without any pressure, but Brain Wars is not there to help you chill – it puts you against the clock, even in the Training mode, so you constantly feel the pressure to do things quickly.

You will be counting, matching, swiping, following and drawing numbers, directions, letters, patterns and all sorts of simple, yet challenging items. I have spent a few days playing occasionally, and still can’t figure out the Reflection mini game, but I am determined to sort it out despite the challenge. Other games are pretty straightforward and the main challenge is how fast you can do it.

As I said, the app finds an opponent for you without checking whether your levels match, and that means you will be losing until you sort out the mini games pretty good because most of the time your opponents are more advanced than you, the novice. Nonetheless, it doesn’t feel unfair.

There are five leagues in the game, and you start out as D league, while the A, B, C leagues naturally consist of more experience players with high scores, but the bestest players are in the S League, and that’s where you will see the flag of Japan more than in any other league.

As you tap Challenge, the app automatically matches you against someone and you can see how stronger or weaker your brain map appears when compared to that of your opponent’s. From there, you will play three Rounds consisting of one mini game each. Before each round, you will be able to pick from three mini games, but you don’t get to play the one you choose unless your opponent picks the same, or you pay with Coins. I really see no sense in paying with Coins to play the game of your choice because ultimately you will want to master your skills in all the challenges.

You can then send a simple emoji to your opponent and/or send them a friend request. Truth be told, for the first time in a social app I’ve been put against someone I felt like befriending. In fact, Brain Wars’ audience looks and feels a lot better than those of any other social app I’ve tried. Maybe because it unites smart people?

UI is really intuitive and simple here – Home page lays out your brain map for you and has a huge Challenge button to start playing; then there are Friends (and requests), Achievements and Notification menus, but most of the time I am spending in the Training section. Notably, the app takes after iOS 7 design guidelines, and looks neat, clean, and uncluttered. I loved the design – big buttons, bright colors that are NOT in your face (unlike the new Material Design). I even loved the fonts here, and the buttons design, not to mention the design of mini games.

The sound score is plain awesome, and by the time you are fed up with music, you can simply turn it off and only have some sounds play when you tap things.

In my own experience, I have not faced any lags and performance bugs, but I did see someone complain how the app would count scores in a way that contradicts the scores displayed during the rounds, but I have not experienced this bug myself.

Of course, the app require Internet connection to run, and I am not sure if you can play the mini games in the Training mode when your WiFi is off.

Other than that, it seems light and power efficient on your device’s battery and RAM. However, it does not seem to be updated to be compatible with Android 5.0 Lollipop as of now, according to user reviews on Google Play.

There are Hearts and Coins, and you can buy both, but you can enjoy the experience without spending. You have five hearts, and you lose one after each Challenge against a real opponent. You do not have to pay with your Hearts for Training, which is great. Each Heart gets restored after some 12 minutes, or so. So, yes, there is a limit cap on the times you can play against real opponents.

Coins are for choosing the mini game of your preference whenever you battle someone, but again, I see no point choosing the games you are only good at. I see the main challenge is to be better in every game, but that’s just me.

All things considered, IAPs in Brain Wars are very moderate and non-intrusive – you will easily find them when you want to buy, but you won’t feel bothered if you don’t. 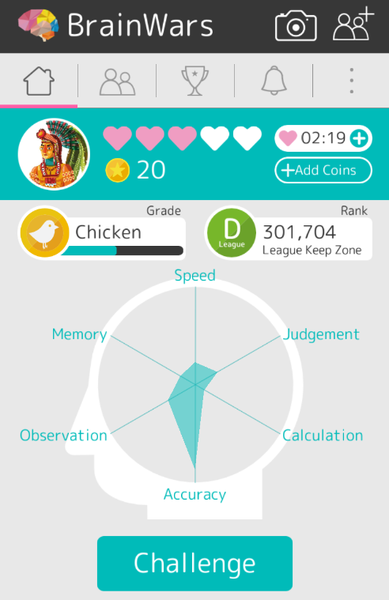 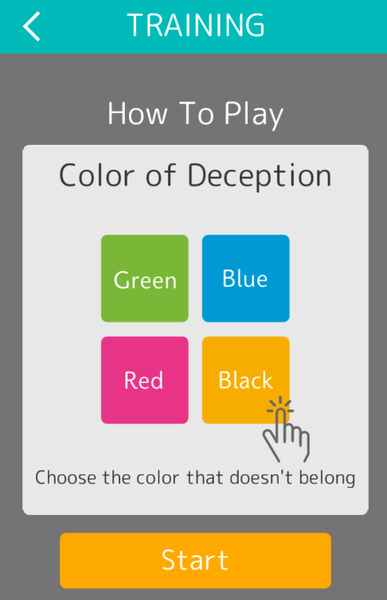 Brain Wars is a generous app that trains different areas of your brain in a fast, intuitive and challenging manner. Its UI is clean and uncluttered; its design is beautiful; its performance is smooth. Most importantly, it satisfies any player – competitive and shy. If you feel like challenging someone, you have five lives, while if you feel like playing alone, you have no limit on the time you can spend training the same mini games as in the Challenge Mode. The app has a large audience from all over the world, and competing is really fun. Besides, you can make new friends based on interests other than hook-ups and booze. A breath of fresh air, Brain Wars is a free game with quite modest IAPs – a perfect brain teaser for the right folks.