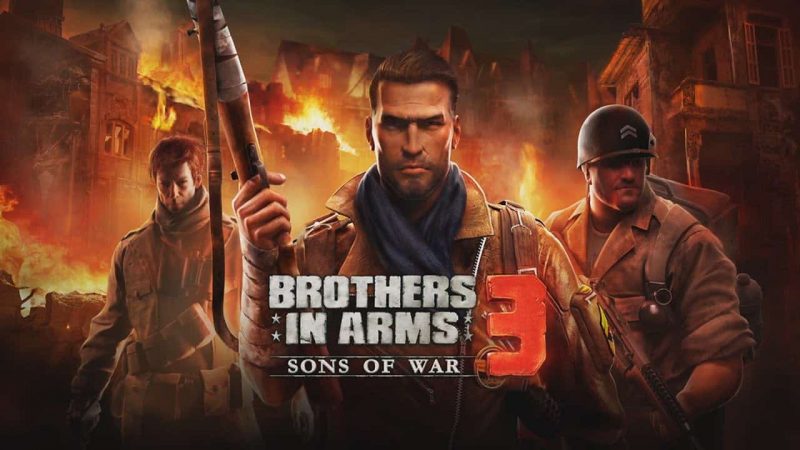 Gameloft recently released the next installment of their popular Brothers in Arms series, this one with the tagline Sons of War. I had heard good things about this game, and it was actually one of my most anticipated games of the year. Brothers in Arms 3 is a third person shooter, as opposed to the FPS style used by it’s predecessor. All of your typical freemium shooter elements are intact, such as gun upgrades, short campaign missions, and the option to spend money to make things a lot easier. The question remains, is there anything to separate this from the plethora of other freemium shooters on the mobile market? Let’s find out!

For those unfamiliar with the Brothers in Arms franchise, the entire series is set during World War II — particularly the liberation of Europe. There isn’t a huge emphasis on story with these games, and I doubt most people will even bother to pay attention to whats going on as it isn’t the most interesting WWII game out there. With that said, the visuals do fit the timeline pretty well, and overall the game looks pretty solid. Movement looks a little awkward just because of how the Gameplay is set up, and a few things (like the explosions) could have benefited from some more detail. Those were just a couple things I noticed, but most of the Visuals are very well done.

I’m not a huge fan of the menu design, although it is relatively easy to navigate, it just doesn’t look or feel as sleek as most other games. This is a pretty typical Gameloft menu design, and I’ve never really been a fan of it. Fortunately, the game runs really well on all devices I’ve tried it on, including a Galaxy S4, iPad 3rd Generation, and the new iPad Air 2. I also want to credit the visual variety offered by Brothers in Arms 3 — the missions are very well designed and you don’t see a whole lot of re-used textures from one mission to another.

The actual combat is a lot of fun, everything feels very responsive and it’s one of the few third person shooters that I’ve really enjoyed playing with touch controls. A few interface woes related to the controls get in the way at times, but fortunately there are three different settings for controls that can hopefully accommodate anyone’s play-style. As a whole, I felt that the actual combat gameplay was really a high point for Brothers in Arms 3. 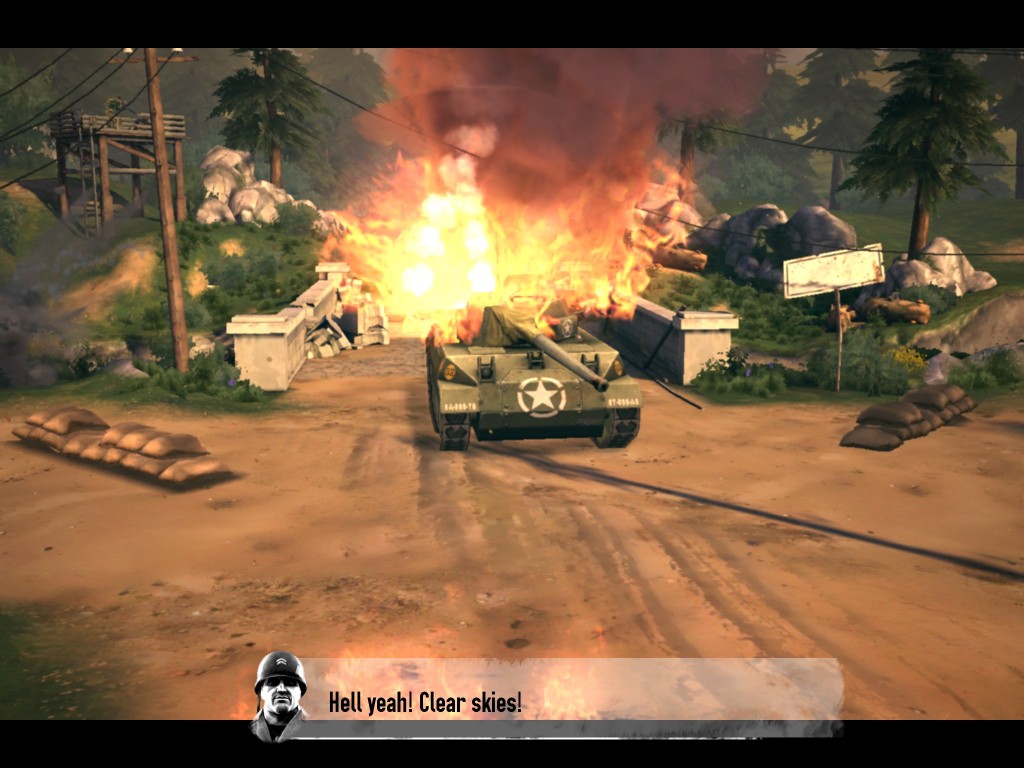 Still, there wasn’t anything that had me thinking this game was really special. You’ve got your typical array of different weapon types, grenades, and things like air strikes to help you in tough situations. Squad controls are nice, as you can set up one of your “brothers” to perform a certain task at a certain time, but this is pretty much the same as using backup artillery. If you know what to use at the proper time, it’s a piece of cake. Things do get slightly more challenging later on, but for the most part, the game is pretty easy for anyone with moderate shooter experience.

As with any freemium game, there’s always a bit of waiting involved for those who don’t want to shell out some cash to speed up the process. Early on, this is really no issue at all, and to be fair it doesn’t really get to a point where it is unbearable. The two main factors of this is your energy (which is probably my least favorite freemium mechanic of all-time), and then waiting for your weapons to upgrade. Each time you upgrade a weapon, the next upgrade is going to take longer — it starts out very fast, and then moves up to several minutes and so on. As for the energy, it is actually pretty lenient, as you receive 12 energy points that can fully recharge in a couple of hours.

It is pretty much on par with the standard freemium wait time, if not slightly better, which isn’t a bad thing in my book. One thing that holds back the Replay Value more-so than the waiting game, is the fact that all of the missions feel pretty much the same. They have different settings and objectives at times, but the premise is almost always to just kill all the enemies that spawn before you die. That, coupled with a few other things, is what keeps Brothers in Arms 3 from being something phenomenal, and rather just a fun little shooter for your mobile device to pick up now and then — but then forget about shortly after. 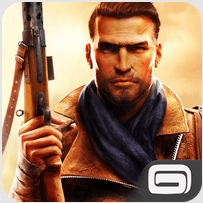 Although the game looks and plays pretty well, a few interface woes are a bit of a hindrance — with the fact that it does nothing to break the mold of a freemium shooter (or even the mold of a Gameloft shooter), holds Brothers in Arms 3 back from anything more than mediocrity. It’s a fun game to play now and then, and since it is free to download, it makes for a few positive points. Still, if you are looking for something to really immerse you into an addictive mobile game, Sons of War likely isn’t going to be it.