Bushido Bear is a new game from Spyrfox, the dev team you should know for their award-winning Alphabear word game. If you wanted more bears from the Alphabear, you got it.
Bushido Bear is a swiping delight, and a very beautiful toon-style eye candy. You collect bears that wield giant swords, and sharp katanas. They protect the forest from gross ghosts and big bosses with the most evil way of laughing I ever heard.

You control them by swiping. The bear does follow your swipe immediately, but waits for you to draw the full path for it to follow. The enemies appear with a warning – the spot they are about to surface gets highlighted with a circle of particular color. The color stands for the class of the enemy.

Your objective is to guide the bushido bear through the hoards of enemies without touching them. You only need to reach them with his swords. However, if it touched them – he’s dead.
The gameplay is wave-based, so you play as lone as you’re alive. If your first bear dies, you can avenge him with your second bear. When that one dies, too, you can watch an ad to avenge the two dead bears with a third bear. When that dies, it’s game over. 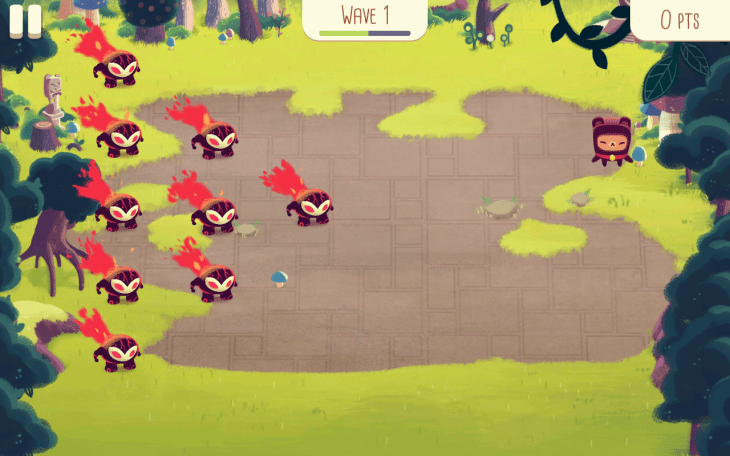 There are 9 bears in total, but you get to work hard to unlock them all. For example, I’ve been playing moderately for a week and unlocked three bears. Each has a certain number of bear-specific shards you need to collect to unlock it.

Besides bears, there are customization perks and stat upgrades. In the Customize section, you get to choose the color of trail your bear’s swords leave. I’d never think it’s a thing, but when you change a trail to something like a firework, or a rainbow, or a starry night, the visual variety adds up. These trails also have trail-sepcific shards you need to collect to unlock them.

The Dojo section is for enhancing bear stats like swords size, speed, dash and final attack. You upgrade them for in-game coins you earn as you play. I do not appreciate games calculating score as you play and then converting that score into the coins because you do not see the ratio immediately. One way or another, this is how you grind for coins. 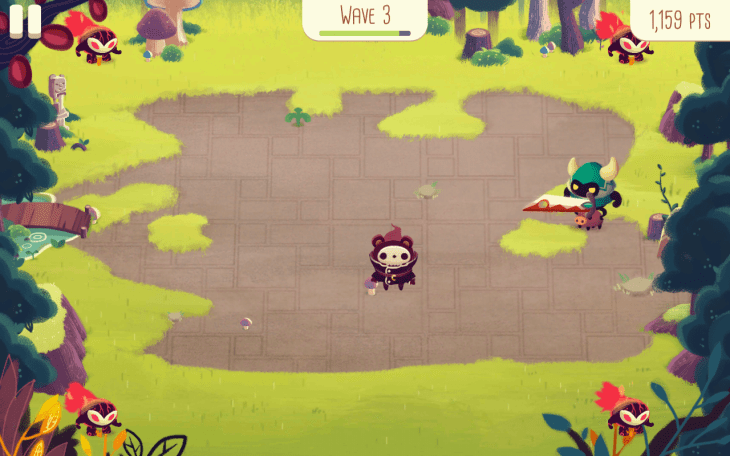 There are 4 areas in Bushido Bear. By default, only one is playable. To unlock the second one you need to complete three complete quest sets. Each quest set is generated once per day, so you will be playing one and the same area for three days at least. I recently unlocked the second area, and the difference in the looks is not striking, so I couldn’t help but feeling a little disappointed.

The difficulty is just the perfect combination that requires your reflexes, a little bit of planning, and some luck. It’s not the hardcore game, but more of a time killer, yet it has its distinctive personality. 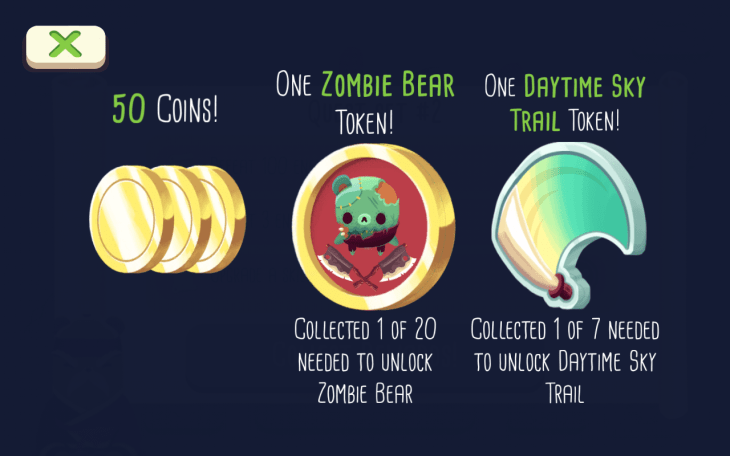 The only aspect that keeps it from being a straight-A title is replayability. When you start opting in with the ads, and then watching ads again for extra coins, the play time equals the ad time. For some players, it’s a no go. For others, a fine way to keep playing an otherwise free game.

Bushido Bear has IAPs, and it’s a game-changer in terms of replay value. You can remove ads, that are optional by the way, that stand before the third bear for $4,99. Without ads, you don’t have to wait to finish the third round.

One little nag is you don’t receive daily quests unless you’re online, so Bushido Bear is not the kind of ad-supported game you can just ban from accessing the Internet and play ad-free. You will have to let it past your firewall.

The competitive folks will love the leaderboard competition. 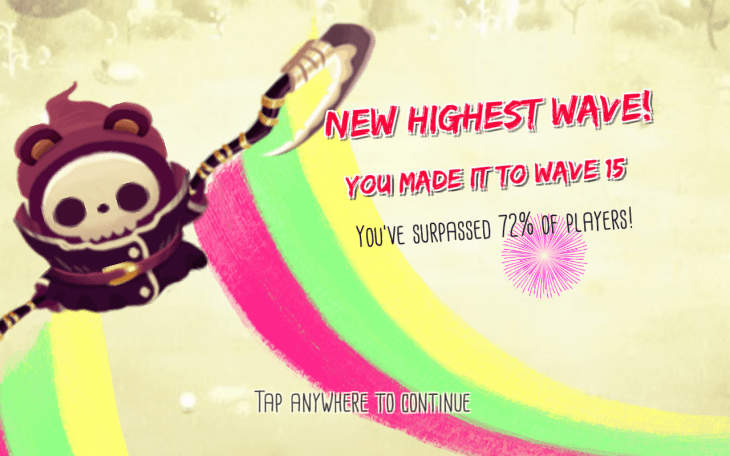 Overall, there are enough bears and customization perks to keep you coming back for more, if you are a fan of the Spryfox art style. The gameplay is addicting, but once the novelty of slashing through the enemies wears off, the ads are getting in the way. The way how the new areas are hard to unlock does not help to keep the rush on. For a solid game with great looks and fun gameplay, Bushido Bear can get old surprisingly fast, and it’s a shame.

Performance-wise, the game runs smoothly. There is only one nag that gets in the way of being really fast – notifications bar. Every now and then my swipes pull down the notification bar, partially or fully, and it is oh-so-annoying, especially since it hampers my speed. 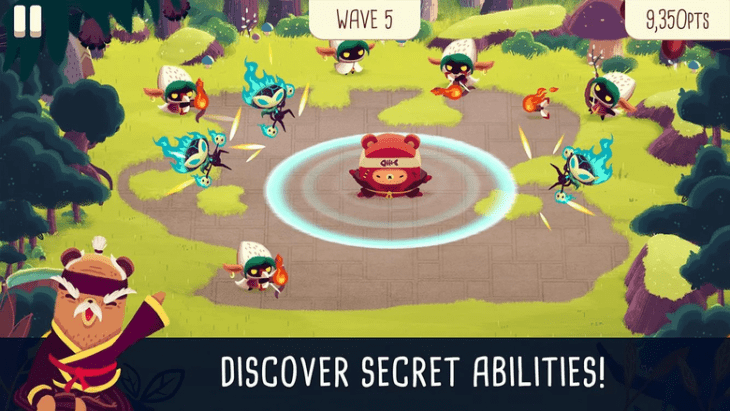 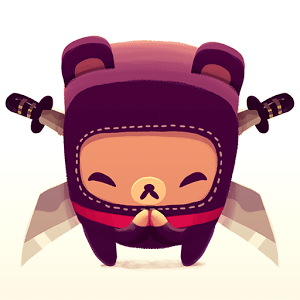 Overall, Bushido Bear is a fun sword-slashing game with excessively cute protagonists, great design and funny cutomizations. It’s also skill-based, so you will want to get better at it and ascend the leaderboards, unlock the new areas and more bear awesomeness. If a little more grinding than you would expect is not a problem, you will find Bushido Bear a rewarding experience. Some of you, however, might lose interest a little sooner than the game deserves. Try it – it’s full of charm and personality.
Let us know what you think of the game in the comments below and don’t forget to follow PocketMeta for more reviews, guides and roundups of all things Android and iOS.