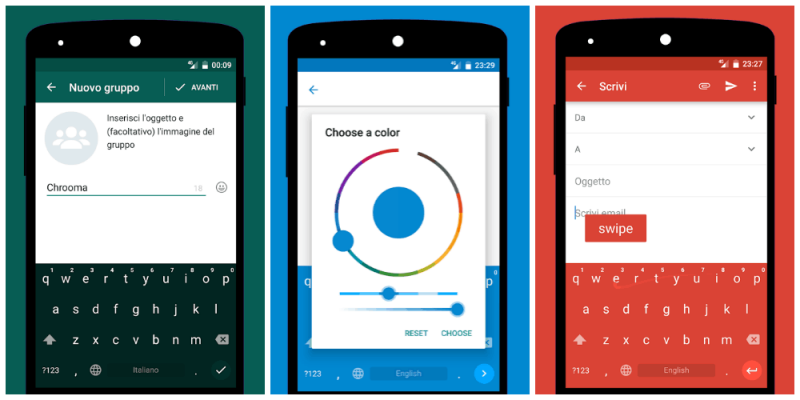 If you are a big fan of the Material design and Google keyboard, we suggest you give Chrooma keyboard a go. It’s a new colorful keyboard that comes as close to Google keyboard as possible, but with a few tweaks that can be a deal breaker for many users.

Chrooma adapts its color to the app you are currently using it with. For example, in Hangouts the keyboard is green, in Gmail it’s red, in Google Play it’s white, or gray-ish, whatever. You get the idea. You can also set the color of Chrooma keyboard for each app individually. Long-tap on the coma button next to the space bar and tap “select custom color.” The app will open the color wheel, where you can tweak the color of Chrooma for the specific app you’re in. This is especially nice if you are fed up with Material design and wish for less yellow and white, but would like to set custom colors. 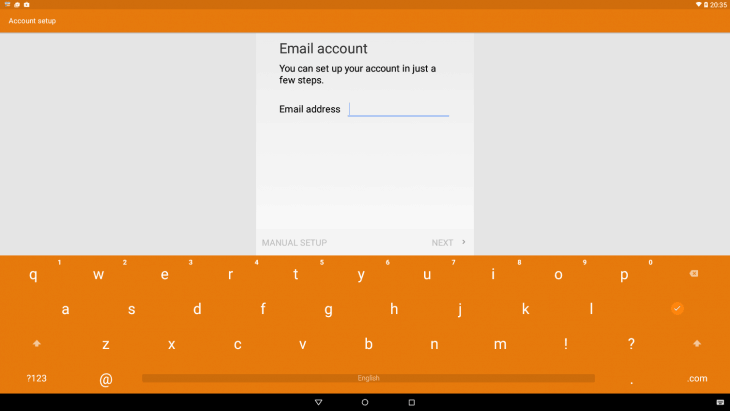 However, Chrooma does not change its color depending on the Google Messenger chat you’re in; the keyboard preserves the color of the app itself. When it will be able to do that, many users will be excited. 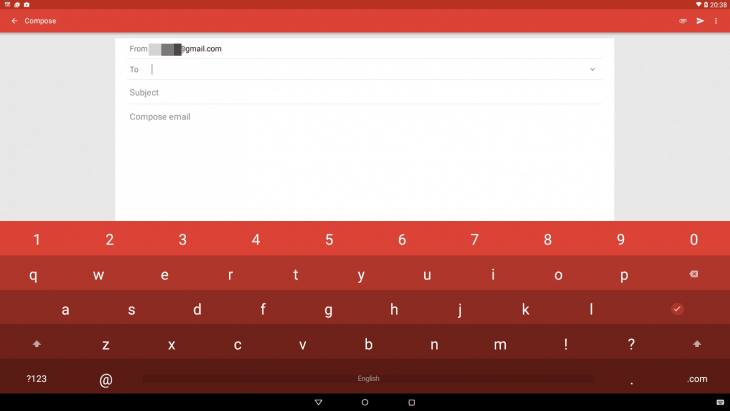 Nonetheless, you can tweak the looks even further with the Palette feature. Instead of mono-color per each app, Palette sets the keyboard in a specific palette per each app – blue shades for Hangouts, red ones for Gmail and so on.

There is also the Night mode, when Chrooma adapts, dims the brightness of its keyboard in low-light environments. 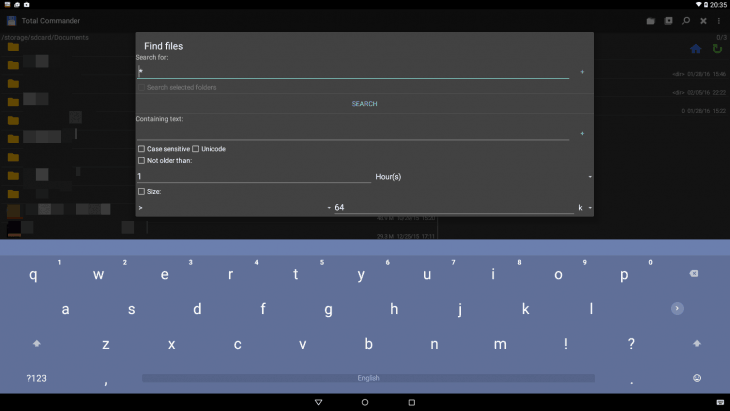 Another nifty feature of Chrooma is you can add the numeric row to the keyboard. Because it may occupy a lot of real estate on screen, Chrooma also lets you customize the size of your keyboard in the Settings.

The keyboard comes with Hopeless-style emoji, gesture support, multi-language, and auto-correct options. The latter is still a work in progress; while saving one’s own vocabulary for faster input does not always work as it should. However, the developers are quick to release updates, and the app has quite a lot of potential. My fear is we may see these features eventually implemented in Google keyboard since everyone who tried Chrooma says this is what they were missing in Google keyboard. Until then, however, Chrooma does a great job of bringing more color to your typing. 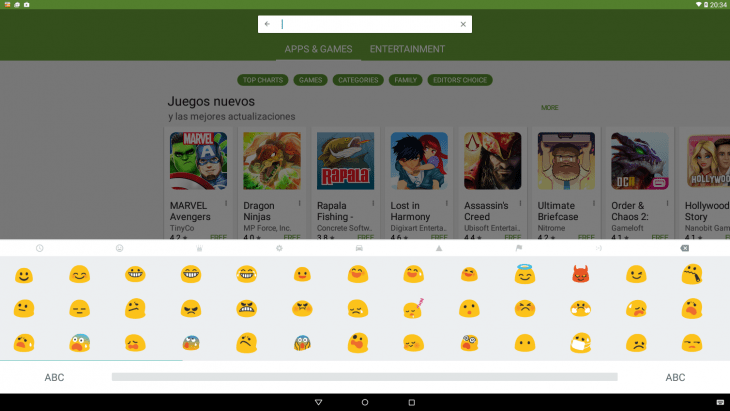 It is difficult to seduce long-term SwiftKey and Fleksy users to ditch their keyboards because they have their numerous predictions saved with these apps, and besides SwiftKey makes using multiple languages a bliss, and Fleksy has chameleon. However, it’s a matter of habit and if you give Chrooma a try, you might as well stick to it.

Performance-wise, Chrooma seems to work well, but it’s a 58 MB download, so keep that in mind before buying. The Beta testing program is still a thing, so you can hop on the train and contribute to the ironing out of the rough edges. 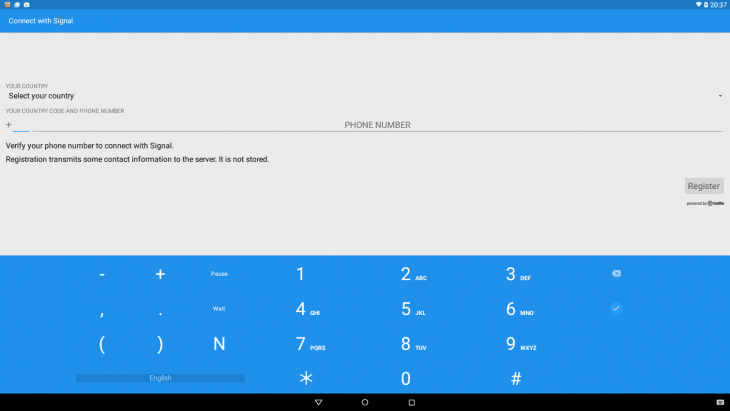 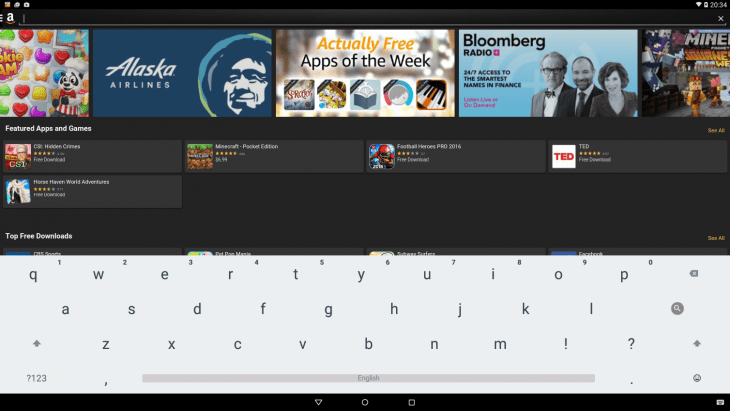 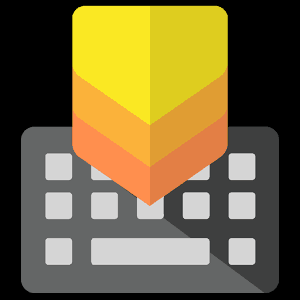 Chrooma Keyboard in action does not differ critically from Google keyboard, which is not a bad thing, especially if you are used to the stock app. What Chrooma adds is a lot of color and color-related tweaks and customizations, and it really shines in what it does. There may be a few nags here and there, but considering it’s a brand new app with developers keeping up with user feedback and feature requests, Chrooma might as well become your new favorite personalization toy for Android.