Currently, one of the most popular games on the mobile market, is Clash of Clans. Despite being released back in 2012, it wasn’t until just a few months ago it started seeing major widespread success, and landing spots on the top app lists. I believe the reason this game has become so popular, is because it’s really appealing to a lot of different types of gamers. There’s the cartoon-ish graphics that younger kids enjoy, and the intense competition that hardcore players love.

At first, the game can be a bit overwhelming with so much going on, and so many different currencies and things to do – this doesn’t last long. You get everything figured out pretty quick, and within just a few minutes of playing you start to understand the entire process of what you’re trying to accomplish. The main concept of the game is nothing too innovative, you’re just building your army by upgrading buildings and creating new structures. However, it’s the actual combat in Clash of Clans that sets it apart, I think of games like Crime City and how much better they would be if a combat system was implemented. 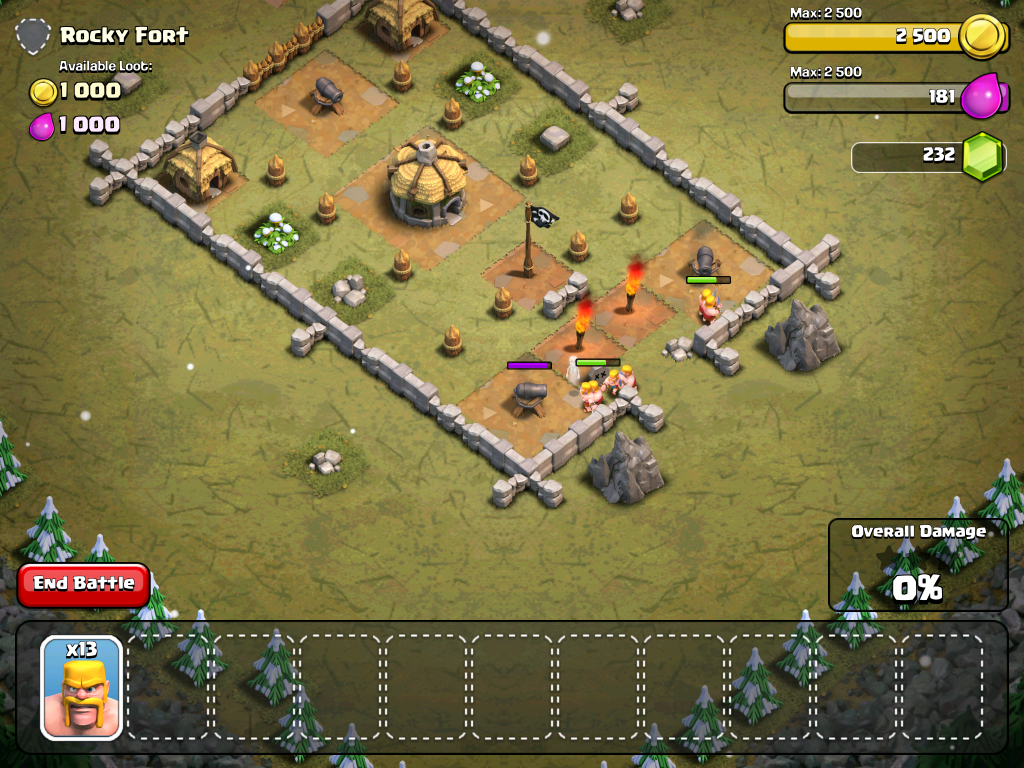 Like I said before, Clash of Clans sports some rather cartoon-ish graphics, and they really work well for the type of game this is. My favorite graphical aspect, is the animations when your troops are at battle – this stuff is very superb. All of the sound effects and music elements are very fitting as well, this game is just like an RTS style cartoon tablet game should look, feel, and sound. Of course, nobody is perfect, there are times when the music and sound effects are a little too repetitive, and it’d be nice if they applied a few more tracks and variations to keep things interesting. It’s really a minor hitch in an otherwise fantastic array of sound, so don’t let that hinder your thoughts of the game.

In comparison to other similar games, this is where Clash of Clans really shines for me — most games like this feature nothing more than tapping an objective, waiting a couple seconds, and collecting results. With this game, you instead get a short battle sequence where you strategically send out your troops and watch them attack structures one by one. Sending out your troops is the only action you have, so everything comes down to placement, you can also choose to send out only some of your troops instead of all of them. As you drop one soldier at a time by tapping, they’ll instantly start moving towards enemy targets, so after the first drop you need to act fast.

Of course that’s only one aspect of the game, the building aspect of the game is also very well laid out. You have three different currencies: Elixir and Gold are your farm-able currencies, and Gems are purchase-able via the in-game store. You need to constantly work towards upgrading your Gold Mines and Elixir Collectors to maximize profits, while also improving your Barracks and training troops for battle. On top of all of this, you’re also responsible for building defense mechanisms for your fortress, since other players will attack you in order to steal your stuff. There’s constantly tons of different things going on, and it’s a lot of fun to try and stay on top of it all, while causing problems for other players as well. 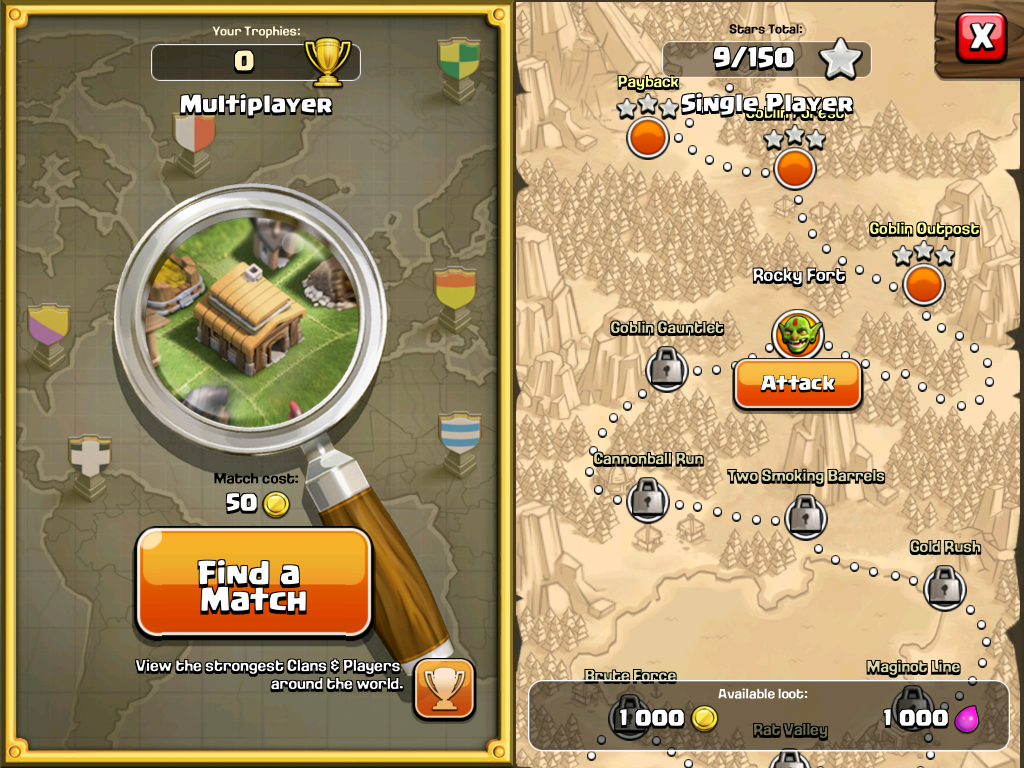 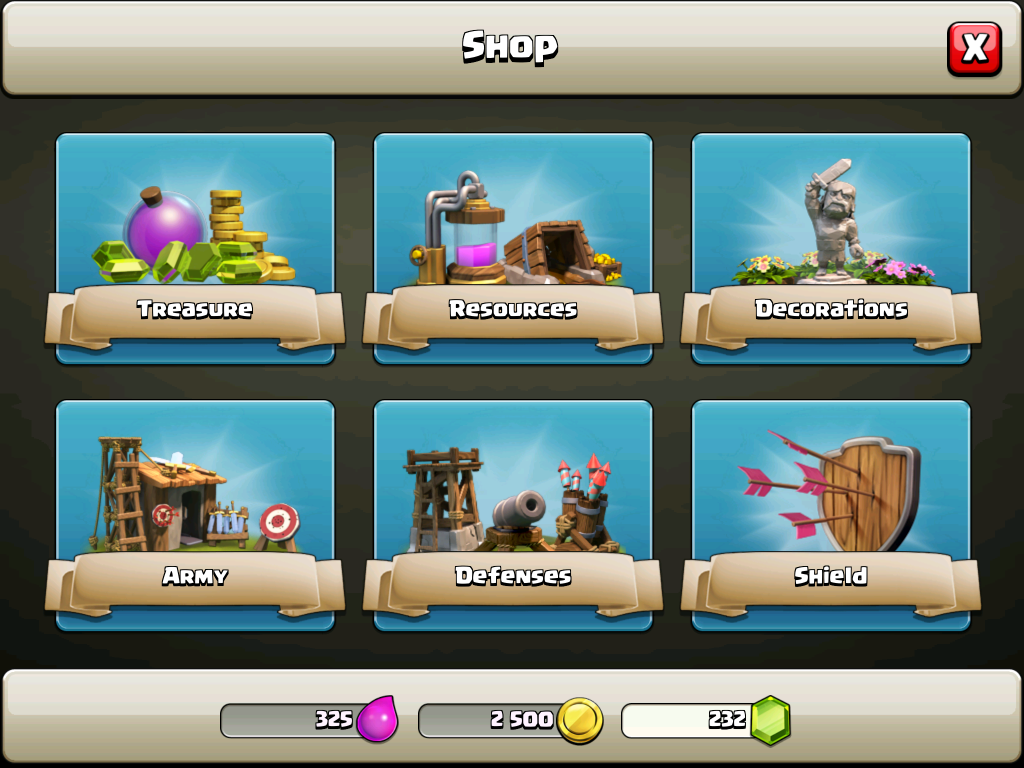 Clash of Clans moves at a pretty steady pace, but for me, there isn’t really enough variance between missions for quite a while. I know games can go too fast at times and the experience just seems rushed, but I feel like this game in particular could move a little bit faster. Of course you do have the option of speeding things up by spending real cash on the game, but I’m generally against those types of things. Despite the fact there’s an in-game store, it doesn’t necessarily ever feel like a straight up pay to win type of game, but you might get bored waiting around for your buildings to upgrade. Clash of Clans does offer up an extensive list of achievements for you to work towards, and this is actually how you can get Gems without having to pay – if you utilize these properly you won’t have too much of a waiting issue. 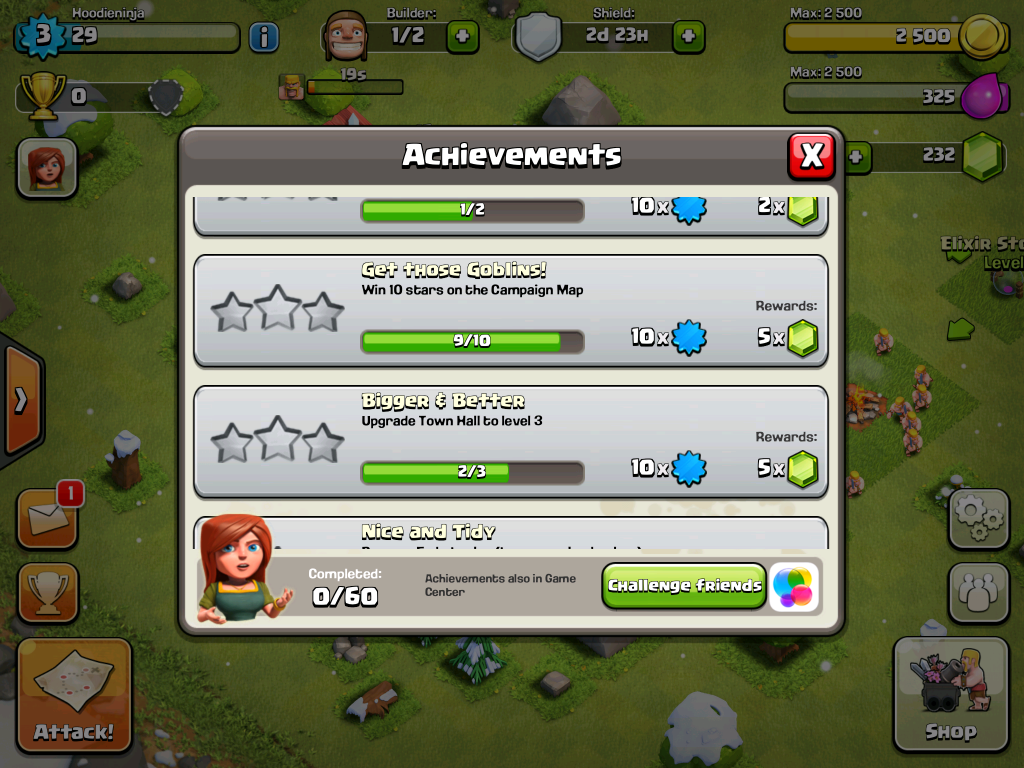 Honestly though you’re able to train troops pretty fast, which allows you to go into battle within a few minutes at any given time — to me that’s crucial, there’s should always be something to do in a game, and there is in Clash of Clans. I still have a blast playing this game, and there’s no reason anybody wouldn’t at least moderately enjoy playing it for at least a few hours before getting bored.

I hope you can tell from the review that this is a really great game, the score definitely relays that message, I may have spent a moderate amount of time touching on the negative elements — but I hope the message was received, that the positives greatly outweigh the negatives. Anyways, if you’re looking for something to consume several hours of your time, possibly on a daily basis, download Clash on Clans for iOS or Android. 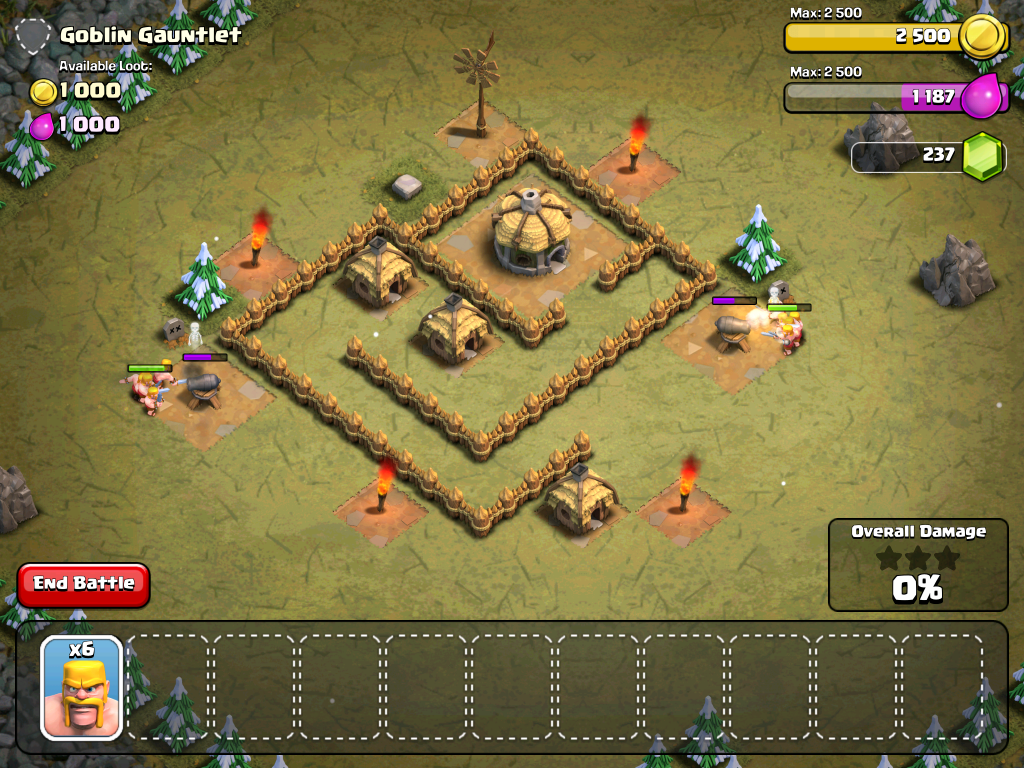 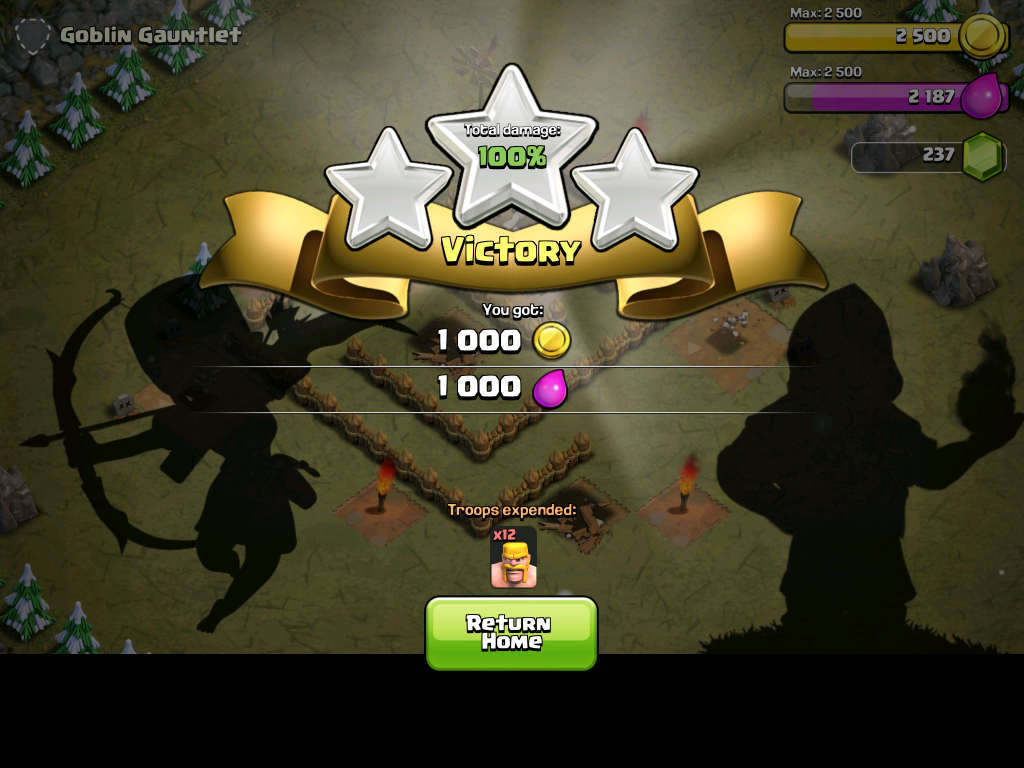