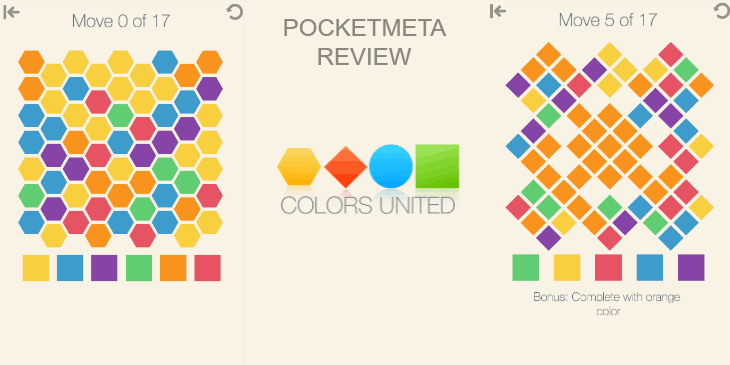 Colors United is a fun color puzzler for the fans of the mind games, and if you appreciate the Dots and Two Dots or Odd Bot Out visual style coupled with an accessible, relaxing and enjoyable gameplay, by all means check out this little gem.

At the beginning, the game may feel a rad too easy to pose a serious challenge, but be patient – its evolving nature will inevitably see you re-starting some levels time and time again further in the game.

Here is how it goes. At first, the tutorial introduces you to the basics of the gameplay – you have a simplistic grid of squares of different colors and several buttons corresponding to the six colors involved beneath the grid – red, green, blue, yellow, orange, violet. 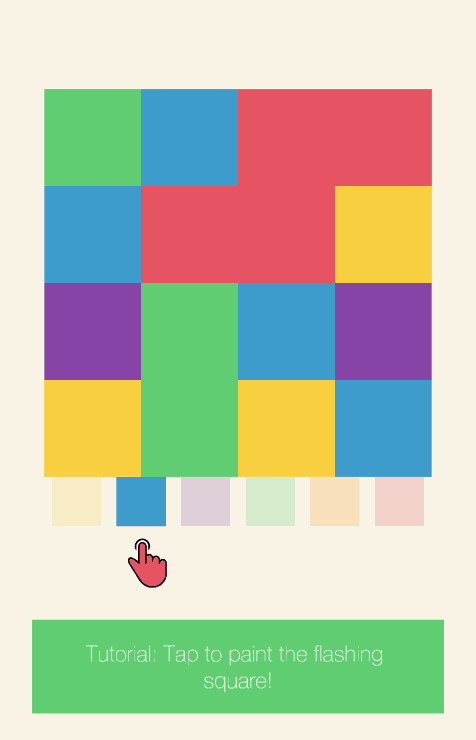 One square is pulsating and by tapping on one of the color-coded buttons beneath the grid you will change its color to the color of the button. The idea is to color all the grid the same color before you run out of the limited number of moves. Your first move will only color one square, and you should choose so that the nearby square is of the color you choose. Thus, the next time you tap a color button, choose the color that has the largest number of adjacent squares. This way, the area of your grasp expands. 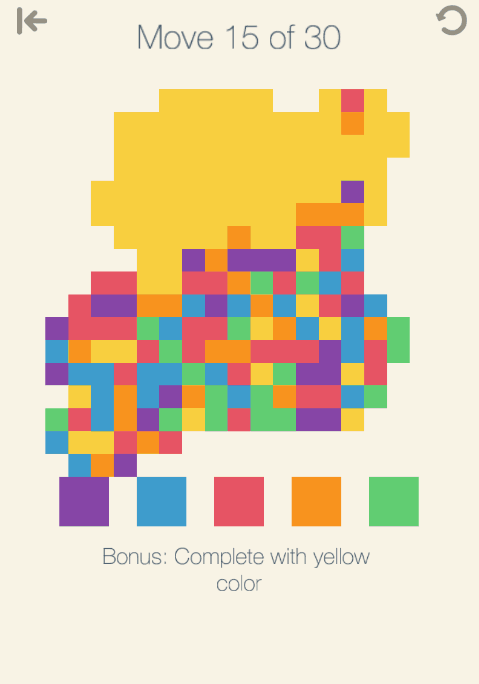 You can play solo, or challenge a friend in the battle mode, where you either play against a real player or the AI. The single-player offers two options – stage and free play. The first being the one that has the limited number of moves per stage and a bonus challenge. The free mode lets you chill and play without those restrictions. It appears that the latest update removed the free mode, but the developers said they might bring it back in response to the players requests. The game is conveniently integrated with the social networks, so you can share your scores and see how well your friends are doing. 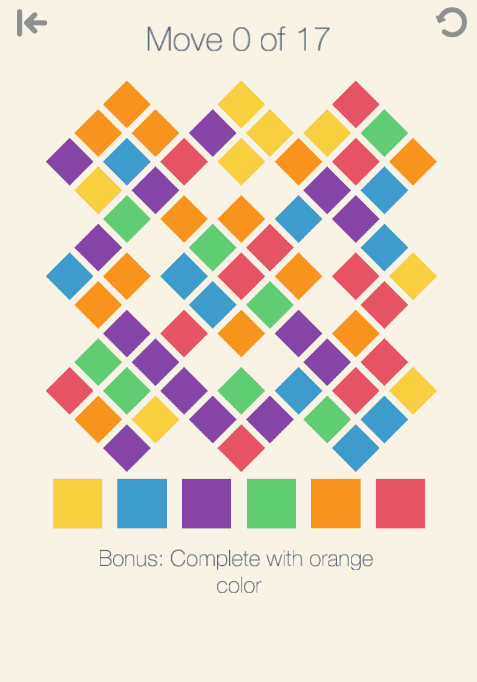 The difficulty is ascending, and while the initial levels are easy, the more you advance the trickier they become. Notably, when you replay the stage, its color layout is always different. Sometimes, the layout would be simpler or harder than the previous one you just failed to finish – the perks of procedurally generated layouts. I would not say the game is hard, though. It’s more of a laid-back time killer in the same niche as Two Dots is, only without a time limit. 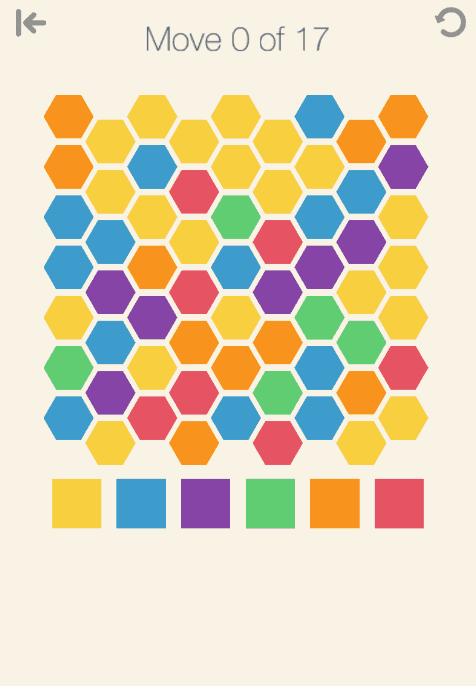 Colors United features 75 levels and a multiplayer mode plus the daily challenges and 15 bonus levels. Considering the fact that to unlock new level packs you need to score three stars in each previous level, you should be doing at least some replays of the same levels to reach three stars and complete them with a bonus, which is always rewarded when you complete the board with a specific color.

I love the simple, minimalist aesthetic of Colors United, which brings up the best of memories from my time with Odd Bot Out and Two Dots. The beautiful pastel colors don’t make your blood pressure go up. Instead, I found the visuals very relaxing and classy. The sound score is also very neat, with a nice chill-out soundtrack playing in between the stages and a minimalist set of sound effects accompanying the gameplay itself. Overall, the visual and audio presentation of the app is superb. 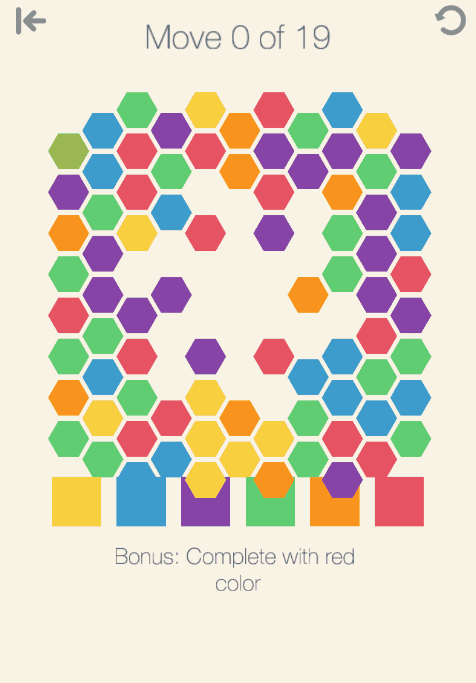 The game is free and ad-supported, so from time to time you might tolerate a full-screen ad. You can remove them for $0.99. Then, there are coins you can spend on additional moves beyond the limited number per each stage. I always prefer to replay a stage, but if you feel you need that help, you can consider supporting the developer and buying coin packs for $0.99, $2.99, $9.99 or $19.99. The three dollar pack seems to be the most reasonable one. Overall, however, there is no paywall. You just play until you win.

Colors United is a wonderfully relaxing color-based puzzler, accessible to players of all ages. The difficulty is gradually growing, and the pre-requisite of scoring three stars in each stage to unlock more levels will offer a certain grinding, or replay value if you are competitive. The gorgeous minimalist design coupled with a smooth soundtrack create a truly engrossing and relaxing experience. The game is free and offers ads and a few non-intrusive IAPs, but there is no paywall. It’s an all around pleasing experience if you are looking for the next time killer after you’re done with Threes, Two Dots, Odd Bot Out, 5Fives, 2048 and the likes of them.