This could end up being the best week for iOS gaming of the entire year so far, and I’ve only had the chance to try out Crimsonland and Skullduggery so far — and I’ve still got Reckless Racing 3 and Castaway Paradise on my radar. It seems like the past few weeks have merited games that score about a 4/5 max, but that is not the case this week. Crimsonland kicks things off with a bang, bringing intense, fast-paced, explosive top-view shooter action to iOS. This actually was released for PC and PS Vita before being ported to iOS, but the mobile adaptation is phenomenal regardless.

Creating your own scenery
It would be a stretch to say Crimsonland has top of the line visuals, but they are rewarding to say the least. Each level starts out with a pretty bare wasteland, and maybe a few objects here and there. The color scheme of the map will change each chapter, but it’s pretty much always the same empty space with the same color — until you start taking out aliens. Within a few seconds, you’re able to paint the floor red with the blood of your fallen enemies. The blood actually splatters really well, and the mayhem/bullets are very impactful.

Your character never really changes throughout the entire game, but your arsenal of weapons will grow regularly. There are 30 different weapons in the game, each with it’s own very unique visual effect when firing. Not to mention all of the power-ups that are randomly dropped by enemies, and bring a whole other level of destruction to the map. There really isn’t a whole lot to complain about when it comes to Crimsonland’s graphics, except for maybe the ugly movement/firing joysticks and the lack of visual customization with your character. 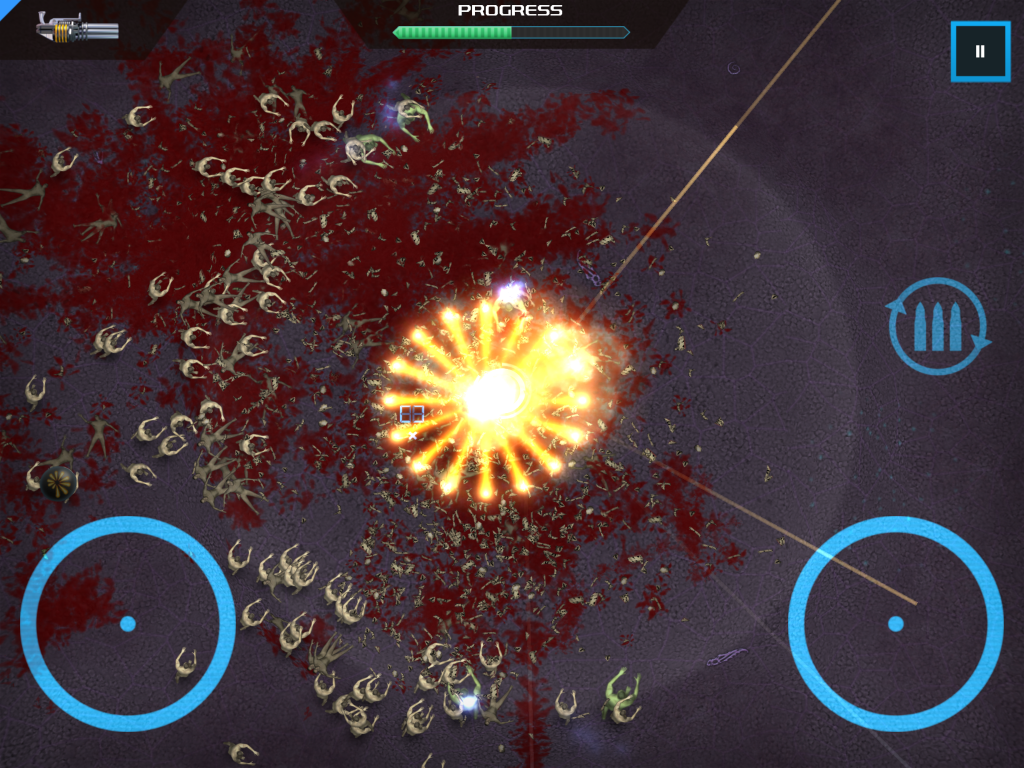 It might also be nice to see a small one pixel sized border around your power-up timers (yellow text by your character), but that’s not a huge deal. Even though there’s some very minor issues, there’s also plenty of different enemies to encounter and defeat, and on top of that the game runs extremely smooth. I never experienced any lag on my iPad 3, and I’d imagine it looks even better with an A8 processor. One final note about the graphics, is it just me or do some of the menus in this game look exactly like the menus in Modern Combat 5: Blackout?

What will you unlock next?
Each level in the game has the same goal, defeat all enemies. You usually start out with a pistol, although later there are some levels that start you out with a more powerful weapon — and the first enemy you kill usually drops a weapon anyways. You can only carry one weapon at a time, so you’ll need to be careful to avoid other weapons if you are holding the one you want to use. They are dropped randomly (unless it’s a new gun), so you don’t always get to use the most optimal weapon for the scenario.

There is a very lengthy campaign in Crimsonland, which spans over six chapters of 10 levels each. None of the levels are all that long, as some can be completed in a minute or less, but others can take a while — especially when they involve a plethora of enemy spawn hubs that you need to take out. Even after you complete all 60 levels, it opens up the next tier of difficulty, and then again a third time. Re-playing the game’s campaign definitely has an appeal, but it’s not quite as entertaining when you aren’t still unlocking weapons and perks.

From the completion of the very first level, you start to unlock new stuff. There are a total of 30 weapons and 55 perks, although half of the perks are unlocked to start out with. You’ll unlock one or the other with every level you complete, and eventually everything by the time you complete the campaign on Normal. A huge part of the enjoyment you get from playing campaign, is seeing what weapon they’ll give out next. In the beginning it’s mostly standard assault rifles, shotguns, etc. but later on you’ll get different kinds of RPGs and other heavy weaponry.

Survival mode is awesome
After you’re all done with the campaign, or even if you just want to take a break from it, there are five other playable game modes in Crimsonland to enjoy. The first, and probably the most fun, is Survival. In this mode you gain EXP by killing enemies, and every time you level up, you get to select one of four different perks. You’ll still pick up weapons and power-ups, but getting perks that compliment each other is extremely important. Rush Mode is another fun bonus mode, where you are given an assault rifle with unlimited ammo and you never need to reload, but there are tons of enemies and no new weapons or power-ups. 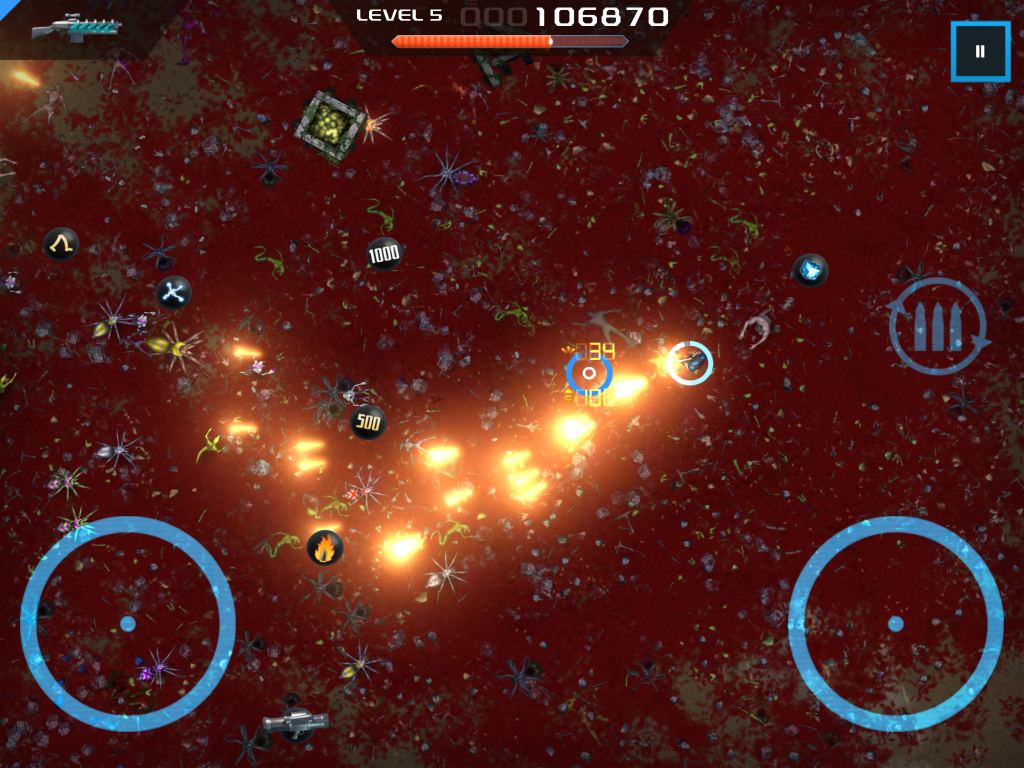 Between the several hours you could dump into the campaign, and the endless hours you could spend trying to get the highest Survival score possible, it’s hard to say this game ever gets boring. Obviously if you hate top-view shooters it may not be for you, but I’d recommend this to just about anyone who enjoys mobile gaming. I’d also like to mention you can download it for free and play the first chapter, and then decide if you want to continue on and unlock the full game for $4.99 (they also offer $9.99 and $14.99 IAPs that are the same game, but support the developer a bit more). 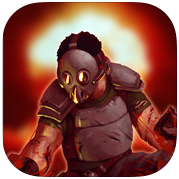 Hands down one of the better iOS games to be released in quite a while, certainly up there with Anomaly Defenders. The Gameplay is extremely rewarding and addicting, you’ve got a lengthy campaign with plenty of reason to play through multiple times, and five bonus game modes to keep you coming back for more. Unlocking weapons and perks regularly also really helps keep the game interesting.