The dungeon crawler type game has always been something I’ve enjoyed, whether it be Diablo on PC, Baldur’s Gate on consoles, or one of the newer mobile games — currently, that game is Darkness Reborn. Released back in November, Darkness Reborn has become one of the most popular Action-RPGs on the mobile market. It has been praised for it’s smooth and elegant visuals, as well as it’s plethora of content and multiplayer activities. Still, has it really done enough to break into the elite tier of it’s genre? Let’s find out!

I recently picked up the Samsung Galaxy Note 4, and really wanted to try out a game with good graphics to test out my new device. One of the games I picked up was Darkness Reborn, and I was really surprised with how great the game ran on it’s highest settings. There are moments of slight lag which might be something with my phone, and I haven’t really looked into remedying them because it isn’t that noticeable. However, when the game is running smooth, it’s running very smooth and it looks great. 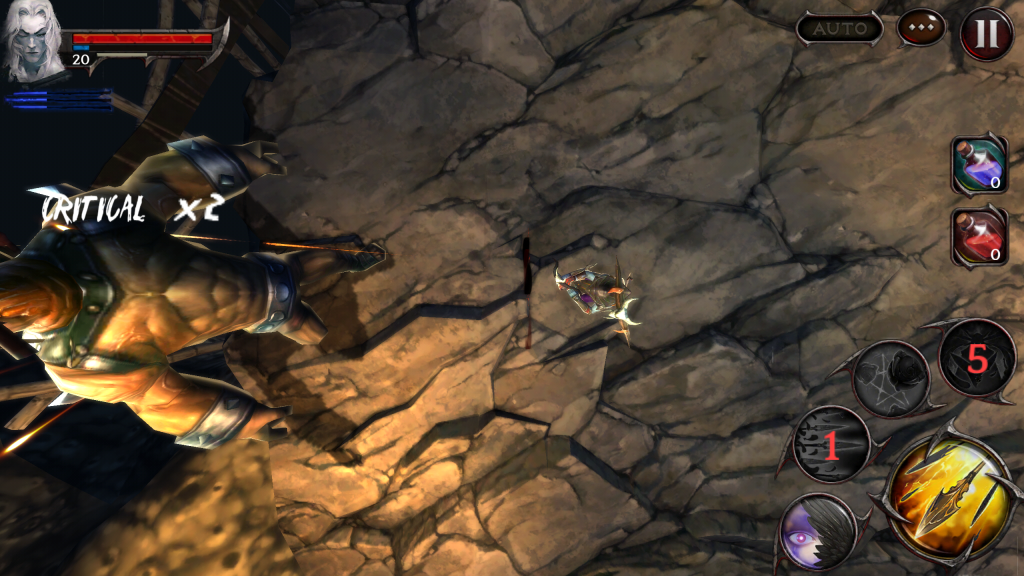 There’s also plenty of different scenery and visuals to keep your eyes interested, rather than just playing the same thing over and over again. Of course, there is repetition and re-used enemies at points, but the campaign is broken up into four main areas each with a completely unique theme. As you progress through each area, you’ll find levels with the exact environments you played in previous ones, but that lead to new areas.

Obviously you’ll be fighting a lot of the same monsters multiple times, but there are still a variety that you’ll encounter, and they are all very fitting with the scenery — plus, you’ll be encountering new ones every few levels. You’ve also got a plethora of different items with their own visual models displayed on your character, and some of them (particularly the weapons) look awesome. Combat looks great as well, especially some of the abilities that the different classes have, but even just basic attacks are well done.

Hack and slash for days

The first thing you’ll do is create a character and choose one of the two classes, one is more of a melee assassin with higher damage and lower defense, and the other is more of a tank/bruiser. Later, you can unlock the third class, Daemon Hunter, by either spending 200 gems aka sol, or reaching level 30 and spending a nice pile of coins. I unlocked the Daemon Hunter at level 23 on my first character using sol gems that I had earned in the game, and hadn’t spent a dime. Each character has similar abilities, but a much different playstyle, which makes it fun to try all of them out and level them all. 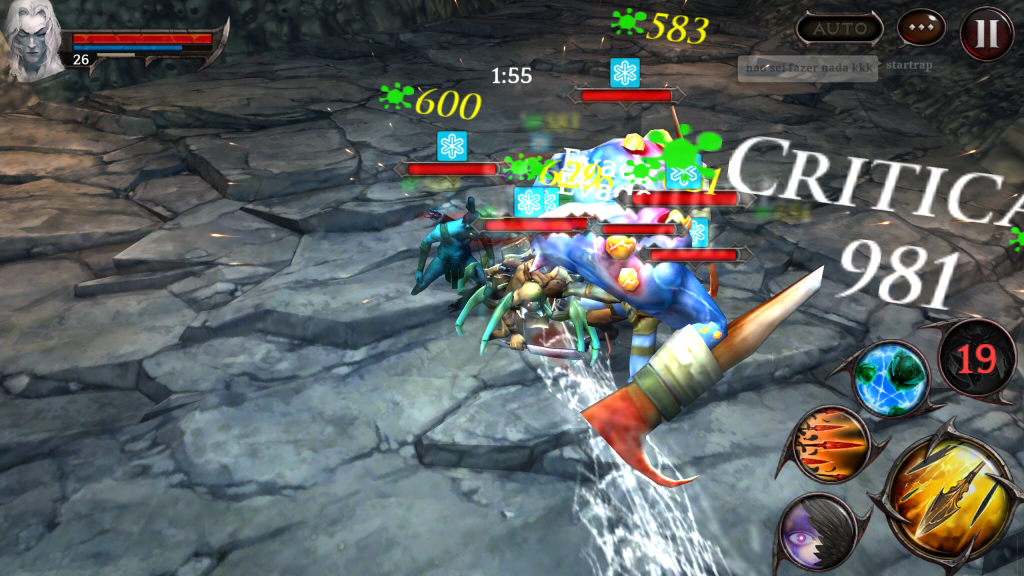 Combat seems to have a relatively fair balance, and I wouldn’t say one class is all too much stronger than another. The Daemon Hunter might be the easiest to play since you can put distance between yourself and your enemies while still doing damage, but you’re also quite vulnerable to damage yourself. Some enemies you’ll encounter can be defeated by just holding down the attack button and interrupt their basic attacks, but stronger ones require you to be aware of when they are using certain abilities, and to dodge these.

Each class also has a variety of different skills they can level up and swap out, as well as passive skills which are active 100% and upgradeable. There are two main skills you can assign to each slot, as well as two alternate versions of those skills, such as a fire and ice based version which can be more powerful with the right gear and gems. All of this really helps add to the character customization aspect of the game, and allows you to build your character in different ways so that it is more powerful against certain enemies.

As I mentioned earlier, there are four main areas in the campaign. Each area has 15 different stages, which you can complete on normal, hard, and expert mode. Hard mode can be completed pretty much right alongside normal mode, but expert becomes available only after you’ve cleared the third area (45 stages). This gives you a reason to go back and re-play old content, but ensures it won’t just be a cakewalk, and is in-fact pretty challenging. Harder difficulties also have challenge modes with useful gear, gems, and crafting materials for rewards. Also, with three different classes to play through all of this content with, you’ve got many hours of progress to complete. 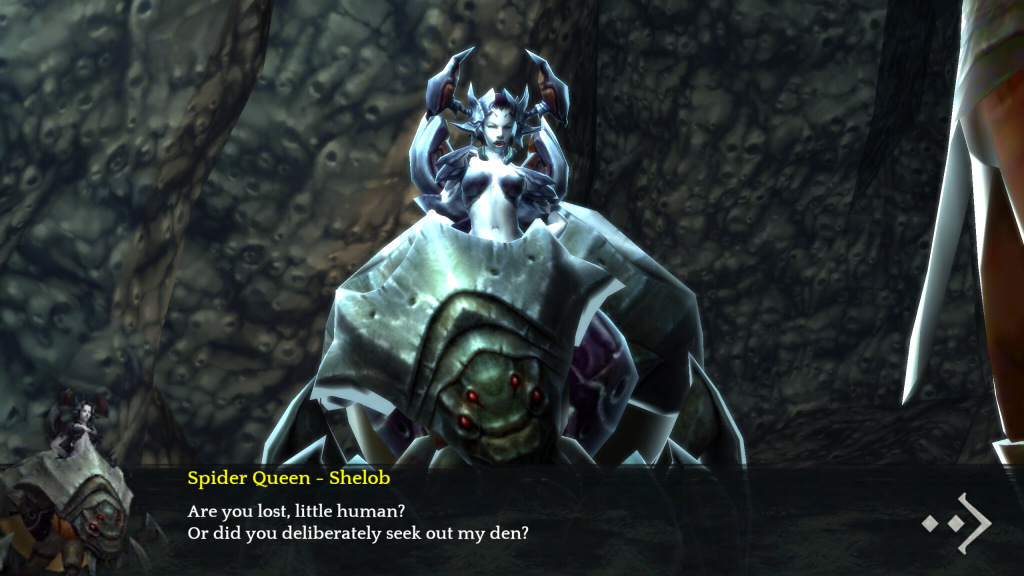 The campaign isn’t the only thing Darkness Reborn has to offer either, there’s also a daily elemental dungeon with multiple levels and a score that carries over throughout the week (with nice rewards for a higher score). Another big thing is the PvP, which you can do by yourself vs AI, or against other players with individual or guild ranking involved. Unfortunately, I found the PvP to be pretty unbalanced, with the majority of the matches I played being heavily one-sided either in my favor or against. Regardless, it’s fun and can help break up any monotony that might settle in from too much single player action.

Darkness Reborn also rewards you for coming back regularly, with standard daily rewards that increase in value throughout the week, and other goodies that end up in your mailbox through re-visiting the game. There is an energy system, but I have yet to even fall below the 25 cap where it would start to recharge, since they gift you so much energy on a regular basis (and it can exceed the cap).

Rewards typically include strongboxes as well, which can contain some very powerful gear. Because of this, it’s really easy to set the game down when you get to a point where levels are too difficult and you don’t want to grind — since you can wait until tomorrow when you’ll hopefully get a nice upgrade or two from strongboxes, or maybe some more gold to upgrade another skill. Everything I’ve mentioned, all in the same game, really makes for a high replay value, which is what Darkness Reborn undoubtedly has. 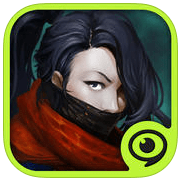 If you’re looking for a mobile Action-RPG that doesn’t necessarily break the mold of the genre, but rather takes everything we’ve seen before and simply does it the right way. Darkness Reborn offers a plethora of unique content, engaging combat, and an addicting platform that is sure to keep you coming back for more.

Leave us a comment below and let us know what you thought about the review! If you’ve played Darkness Reborn, feel free to share what you liked or didn’t like about the game.