I’ll be honest, I’ve never actually played a single game from the Deer Hunter franchise, and I’ve never even gone deer hunting in real life. However, these games have always enticed me, and I figured a long running series like this must not be that bad. There are a select few hunting games I’ve played in the past, and some of them were really enjoyable, but I have played a couple that were just dead boring. Read on to find out if my initial assumption was correct, or if Deer Hunter 2014 is even worth downloading.

I always like to start out with the visuals, because those are always the first thing I (and I would assume most people) notice when playing a game. Before you even get a chance to see what the gameplay is like, or what the story-line is about, you always get a taste of what the game is going to look like for the most part. For DH2014, I was definitely impressed with the majority of the graphics, including the interface. Some of the weapons have really fine detail, and the hunting stage scenery can be gorgeous at times — granted there are a few locations that you won’t even bother to take a second look at. 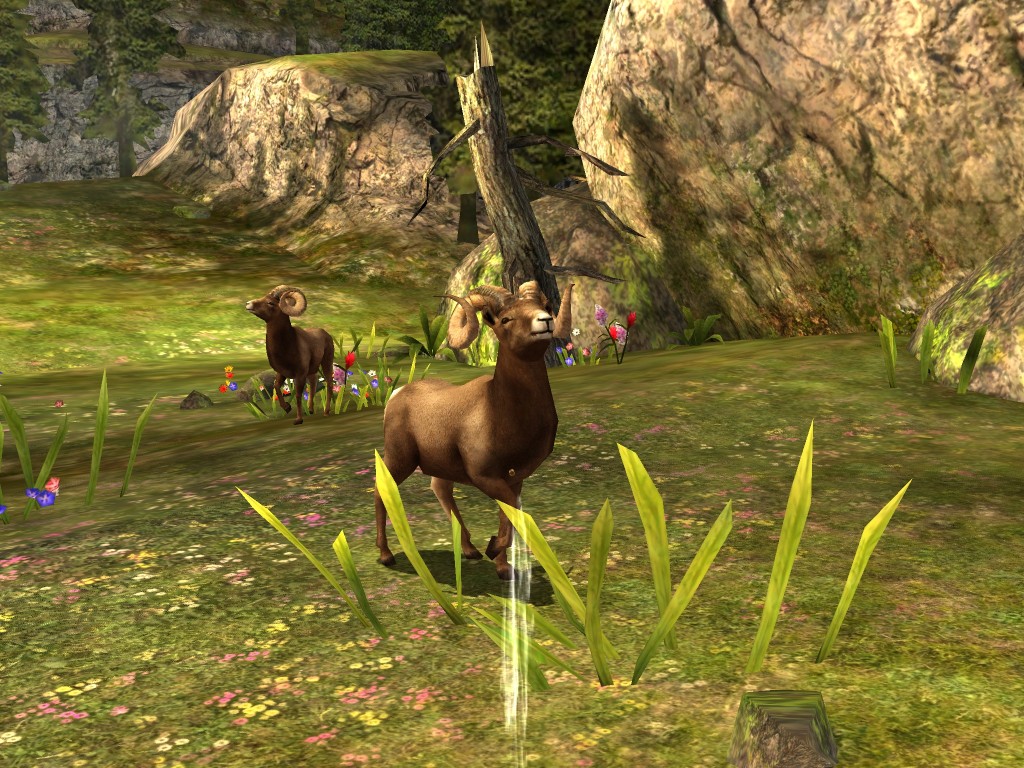 Nothing was necessarily groundbreaking, but consistency does go a long way, and this game is nothing if not reliable in the visual department. The slow-mo bullet trail camera angle on final shots is a nice touch as well, it reminds me a lot of the sniper missions on Dead Trigger 2, just not as obnoxious — and it’s only done for visual effect, not as part of a gameplay mechanic. Even so, despite the fact that there isn’t really anything to complain about regarding Deer Hunter 2014’s graphics, they aren’t quite deserving of a perfect score; other games have proven that awe-inducing graphics on a mobile game are more than possible. Still, this is definitely a highlight in a game that I’m about to say some not very nice things about.

Now, I’m not sure if the idea behind this game is to stop and smell the roses for a few minutes at the beginning of each level, but it certainly seems like it. I just don’t understand the draw of playing what is referred to as a “mission”, that involves shooting one animal that is discover-able within 2 seconds of entering the mission. Sure, there are some missions that require you to shoot a whopping three animals, but it still takes hardly any time at all. It’s not that the mechanics of the game are bad, it’s just that the short missions are flat out ridiculous. 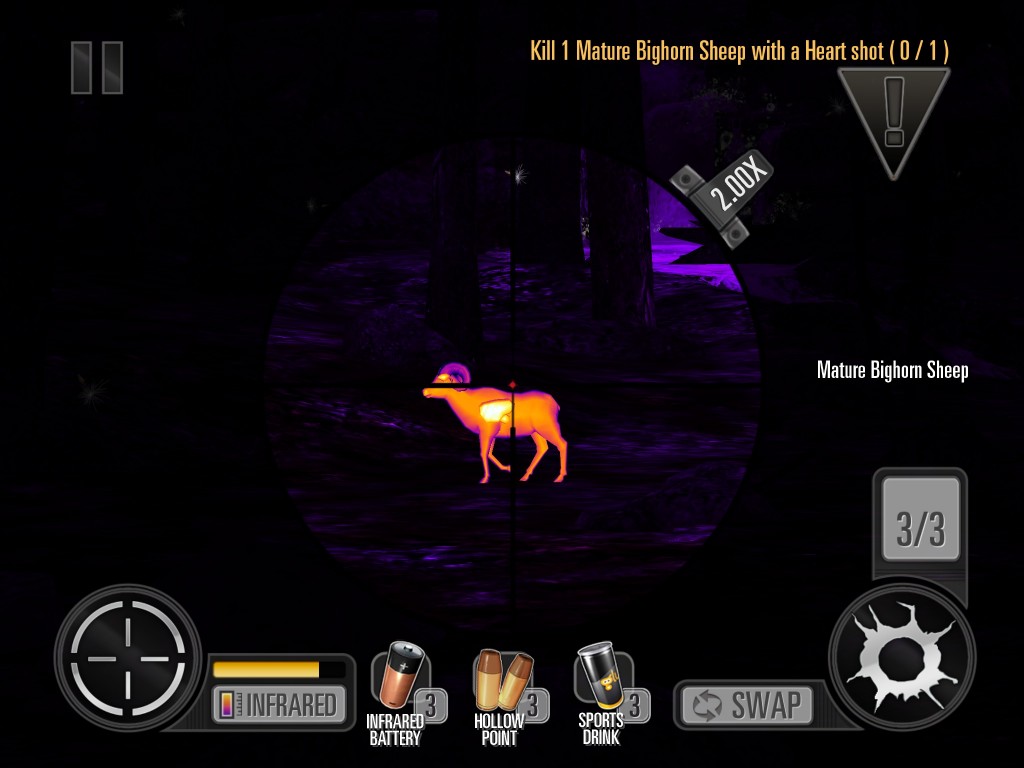 Like I said earlier, I’ve never gone deer hunting in real life, and maybe they’re just trying to make the game realistic — but I can’t find the appeal in these 15 second levels. There are other mission types as well, and I did enjoy the “kill as many of x animal in x amount of time” missions, but unfortunately you’re only able to play a few of them per day. Honestly the most enjoyable part of the game is upgrading your weapons, but even that feels un-rewarding since you don’t receive much of a visual upgrade unless you purchase new weapons.

Usually I grade on Potential at this point, but I wanted to try out something new, and I feel like complexity is a major factor in how good a game really is. In a hunting game, I feel like this is even more-so important, otherwise you end up with just an arcade shooter. Deer Hunter 2014 makes some good efforts to keep things from just being aim and shoot, and one of my favorite aspects is the infrared and assigned organ shots. Certain missions will require you to take out a dear by hitting right in the heart or lung, which is pretty difficult with a shaky rifle in your hands. 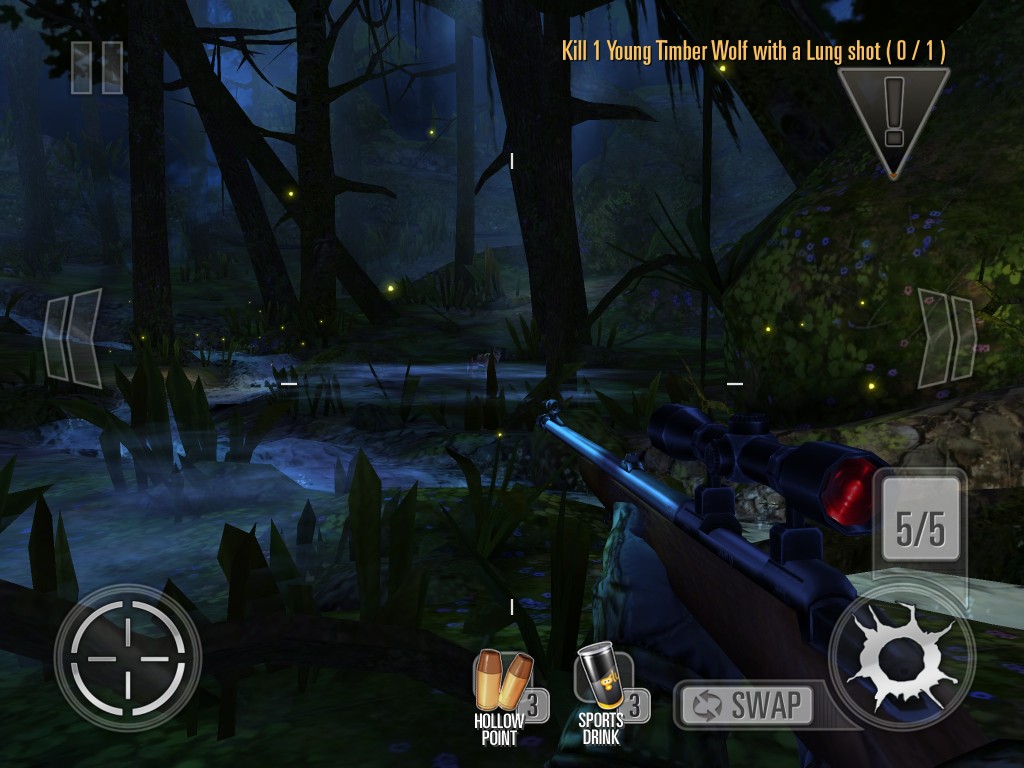 As you progress through the game and earn money, you’ll be able to purchase new weapons (maybe, but more on that later), as well as upgrade your already owned ones. This is also a nice touch that allows players to adjust to their needs, as some may have no trouble landing shots without any stability, but others may find it impossible. Still, the short levels play into the complexity a bit, and ultimately prevent this game from excelling in any area.

Up to this point I haven’t been too mean to DH2014, but the overwhelming emphasis on pay to win elements is just too much — even the unforgivable sin of stamina is included. As if the 15-second missions weren’t enough, the developers had to go ahead and limit the amount of missions you can play. The stamina timers are almost comical as well, since you need to wait 20 minutes just for one notch, which allows you to play a mission for 15 seconds. Despite having a rather innovative upgrade system, it’s still plagued by items with ridiculous price-tags that scream “you can save up for me, but it’s going to take you 3 months, so just buy gold”. Some items aren’t too bad, but if you plan on getting an assault rifle, you’re going to have to wait a while. 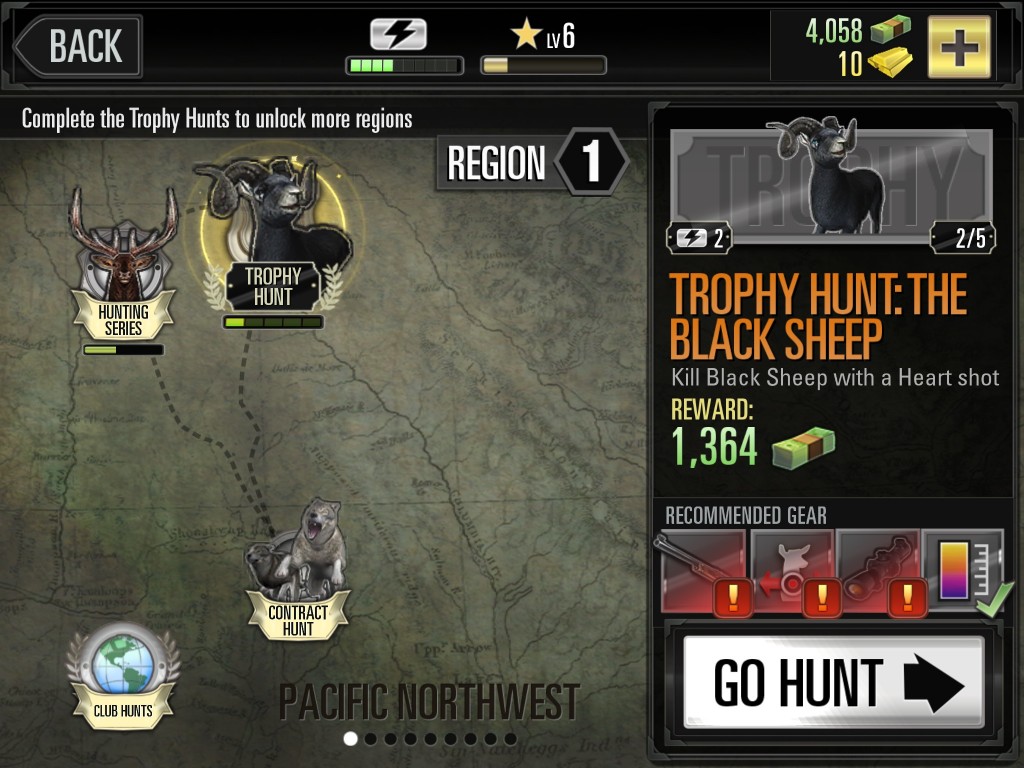 It’s really unfortunate because the game has a lot of content to offer, but unless you shell out cash regularly to buy gold, you’re extremely limited in what you can do. The high priced items wouldn’t be so bad if you could actually replay missions over and over to farm cash, but you actually can’t do that without buying gold to refill your stamina. DH2014 is an absolute failure in replay value, partially due to certain gameplay elements which I’ve referred to multiple times, but also because of it’s pay to win premise. 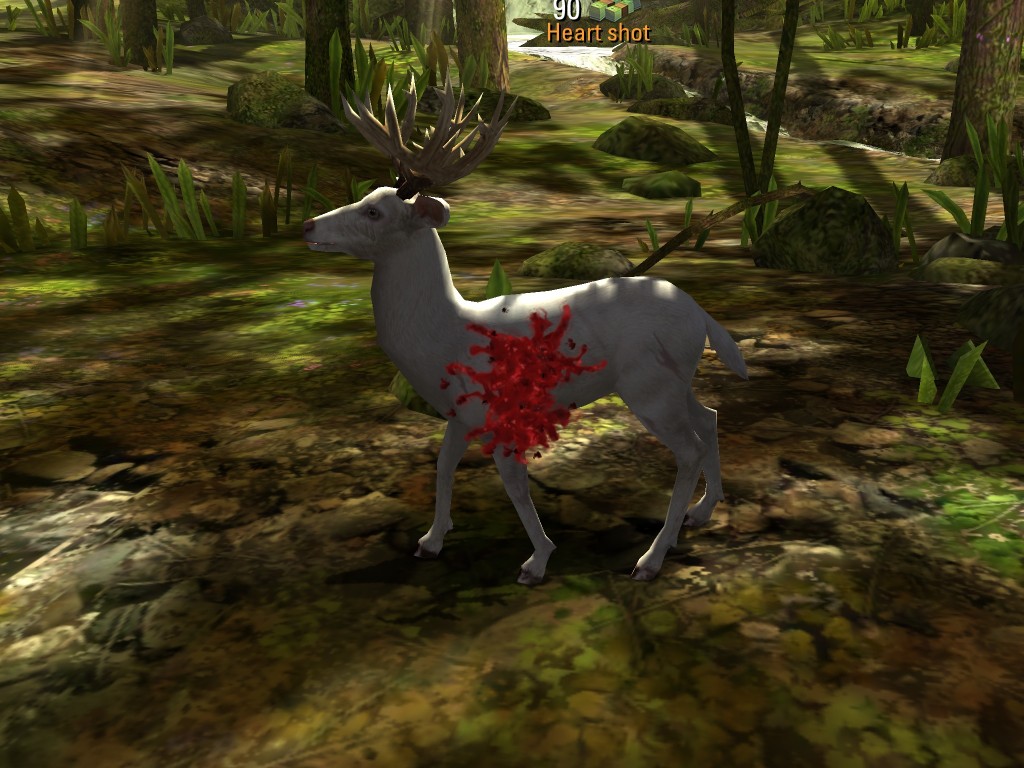 After spending a couple hours with this game, I was unfortunately disappointed, and will likely be removing it from my devices soon. There’s an appeal for those who are hunting enthusiasts, as well as those who prefer games that you can only play every couple of hours, but I can’t even guarantee you’ll want to live with the short missions and repetitive gameplay with minimal rewards.

Click here to check out Deer Hunter 2014 on the Google Play Store!

Click here to check out Deer Hunter 2014 on the Apple App Store!

The band 311 may have written their song “Beautiful Disaster” about Deer Hunter 2014 — a game with respectable graphics, yet held back by a ridiculous pay to win system and short missions. I can’t help but wonder how much better this game would be if it had a $4.99 price-tag, and wiped out the “gold” currency completely.