Mediocre is a famous and much loved indie dev studio. These guys make games that immediately stand out from the crowd and stay with you for a good while. We love them for the timeless hit Smash Hit, no pun intended, and a unique and clever puzzler Does Not Commute. Both games are visually glowing. Most importantly they are masterfully crafted to be addicting as hell. Smash Hit is two years old, and I still play it from time to time.

If you come with expectations to repeat the Smash Hit or Does Not Commute excitement, don’t. Just don’t. You are so spoiling the fun. DIRAC is a different game, with totally different attitude, pace, flow and feel. Perhaps, the only resemblance it bears to its older siblings is the looks.

Posh and deep dark background on a PIP Tek styled screen and glowing neon particles are nothing you have ever seen before. It’s a delight to look at, and an atmospheric sound score adds further to the immersion effect.

Gameplay-wise, Dirac is a slow to moderate paced puzzle that is best digested in small snackable bites.

Dirac was a scientist, a physicist if I am not mistaken, dealing with quantum particles. Do not pretend like you understand the game’s description. “Through phase-distorted intermodulation inference you will be able to manually disentangle and sort through the macroscopic existence of the microverse.” Eh? I got the manually, sort through and macroscopic existence. It sounds like scientific gibberish designed to make you feel inferior to the beautiful minds, but in fact, it is really not that important.

The gameplay is dot connecting at its best. It seems like DIRAC is the best thing that ever happened to the Flow type of games, where you have to connect the dots of the same color to fill the grid. In DIRAC, you have a molecule, or whatever that pulsating blob in the middle is. It emanates particles of different colors, and your task is to connect them before they escape the screen.

If they escape, you lose some points as a penalty. You can connect two dots, but you score more if you connect as many as you can. If you connect them to circle the others including the molecule itself, you get a score multiplier.

Yes, in its essence DIRAC is a score chaser, but it’s also a clever puzzle. There are five difficulty modes in it – starting with Tutorium, which does not count, to Novicium, Medianum, Extremum, Beyondium and Absurdium. These correspond to novice, medium, extreme, hard and the hardest-est difficulty mode in plain English.

The difference between the difficulty modes is the background color, the amount of particles that pop out of the molecule, their speed and the amount of incoming meteors. The hard levels also add a third color of the particles and a different kind of meteors.

Hence, while the initial levels may seem slo-mo and relaxed, the Osmos HD type of gameplay, the subsequent difficulty modes are frantic. You may forget all about the combos and frantically connect two or three dots to survive.

Some say the game has no end. In fact, if you are very good at it, there does not seem to be an end, but the 70 achievements and the high score. If you are not that good, your molecule will eventually exhaust its capacity to produce particles and dissolve into the last of them. 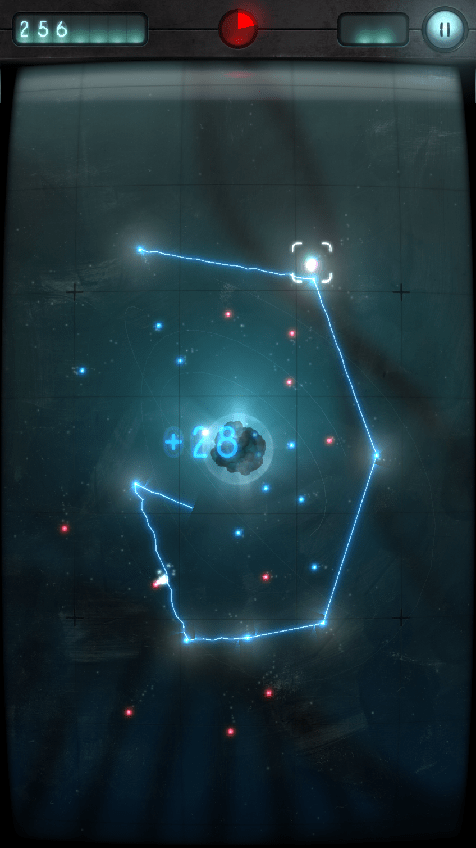 That said, Dirac does come with a limited replay value. Where it ends for each individual player is a mystery. I find myself addicted so far, even though I think it’s best when played in short sessions, on the go, or during lunch.

I totally would not recommend to play it before sleep because the psychedelic visuals imprint on your retina, and as you close your eyes all you can see is the pulsating neon dots. And you keep connecting them. 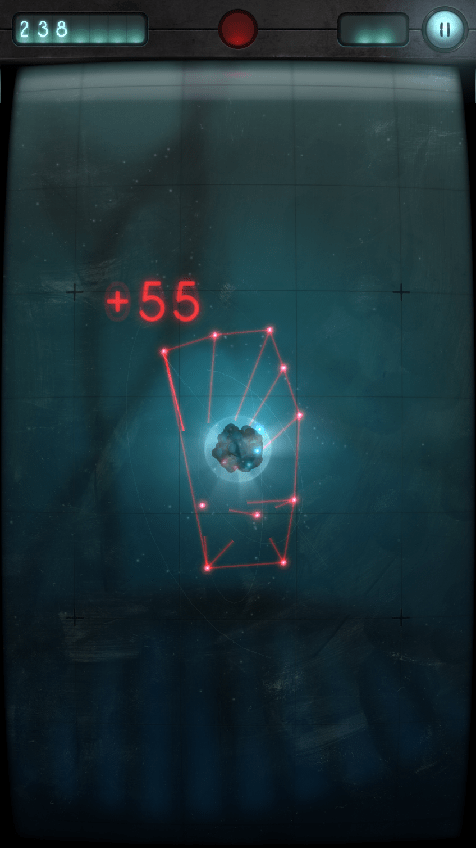 At the same time, the game did not stick with my young and teen nephews, so I guess it targets an audience that prefers thoughtful and laid-back puzzles, moderately challenging and atmospheric. Also, once you get to a certain degree of self-acknowledged success on the most difficult levels, the appeal and the challenge of moving on starts fading. That is not to say the replay value is lacking, it’s just limited.

Another thing to keep in mind is the game does not save your level progress, just the track of the high scores. So, if you play for a long while without dying, and want to save the game until the next time you have a spare minute, better pause it instead of quitting it. 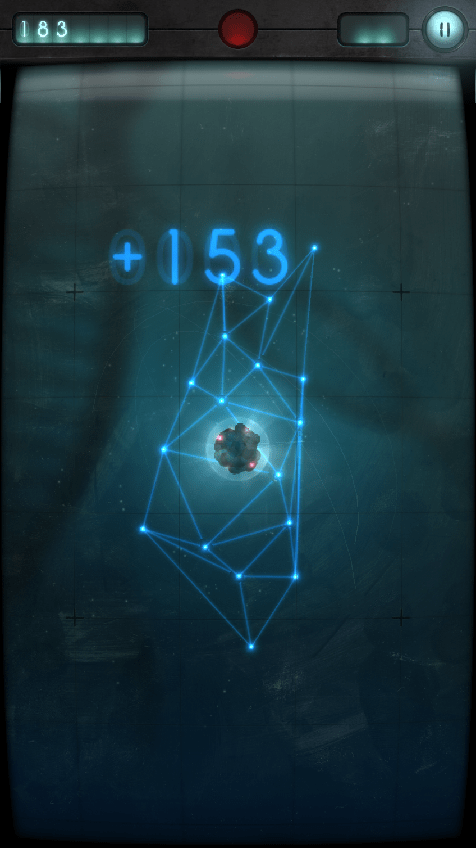 The game is a premium title worth $2, no ads, no IAPs. According to Henrik Johansson, the decision to go all-premium is well thought-through, aiming at the maximum gameplay satisfaction without distracting or annoying ads or paywalls.

“This is our attempt at a simpler game, more focus on focused, competitive gameplay and less on content levels. Normally a project for us takes about 10 months or so, but DIRAC was made in 3. Also it’s the first time since Sprinkle Islands that we do a classic premium game, we always felt that games ought to be paid – without intrusion of ads, paywalls or such, it’s a purer experience for the player. We do realize it’s not necessarily a good business decision, but with a shorter project it feels like less of a risk and we’d like to try it again and see what potential there is.”

There you have it. Dirac is a sweet and unique dots connecting puzzler, perhaps the most beautiful dots-connecting game I have played in a long while. It’s up to you to see whether it has the potential to stick around for a good while. If you have been looking for the games that are similar to Osmos HD, Sparkle 3 Genesis or Prune, this can be it. All things considered, Mediocre have delivered a quality product once again.